SAN FRANCISCO, Oct. 14, 2020 /PRNewswire/ -- Loom.ai announced today that it is bringing 3D avatars and interactive 3D environments with a "Zapp," an in-app integration on Zoom. LoomieLive is a 3D avatar platform that converts voice and video to real-time animation. It replaces the user's video stream with a 3D avatar and environment, mirroring the head movement, facial expressions, and lip-sync of the user. Now Zoom users are just clicks away from attending calls with both an active digital presence and enhanced privacy.

By leveraging Zoom's new Zapps feature, LoomieLive has greater discoverability and allows for easier access to both avatar creation and real-time interactions during calls. Callers will be able to instantly interact with LoomieLive's key features within Zoom's interface. These include creation of personalized 3D avatars from a single 2D selfie, with millions of options for editing the look and feel of the avatar. Within calls, each avatar has an assortment of 3D reactions, such as a "thumbs up" animation, to add non-verbal communication to the call. In addition, LoomieLive provides callers with a choice of environments for their avatars, each with their own 3D lighting, or callers can upload their own background.

"Today's callers want to control their digital identities - how they are represented on screen," says Mahesh Ramasubramanian, CEO/co-founder of Loom.ai. "The Zapps integration allows LoomieLive users to interact with their avatars right within a Zoom meeting, which is an absolute game changer."

Zapps, or Zoom Apps, enable third-party developers to create and distribute apps that enrich the Zoom experience and enhance the meeting workflow to increase productivity before, during, and after a meeting.

Founded in 2016, Loom.ai's Academy-Award-winning team develops deep learning technologies for real-time 3D avatars and applications. The Loom.ai avatar platform allows for easy creation of 3D Loomie™ avatars, as well as real-time animation from voice, video, and chat. Loom.ai's technology has been integrated into more than 80 million mobile devices, and is used by Fortune 500 companies and top-tier universities. In 2020, Loom.ai launched the LoomieLive app to address some of the challenges with video conferencing, including privacy and fatigue. 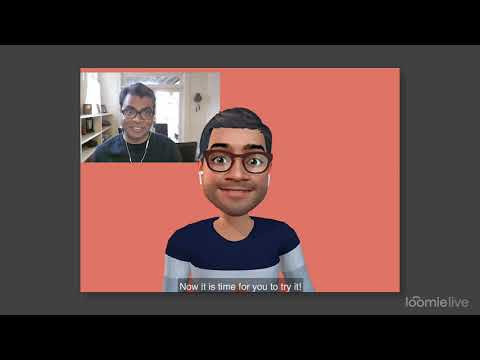 Express Your Avatar Self in Zoom & Video with LoomieLive Pro... 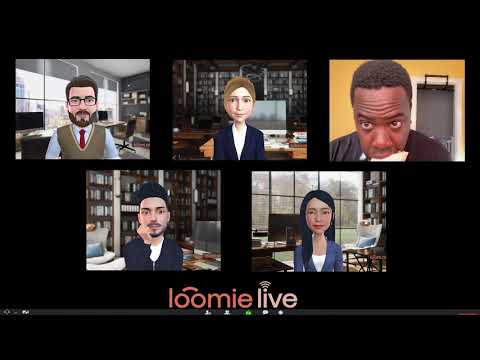