The 2019 novel coronavirus disease (COVID-19) is currently under the spotlight around the world, with cases having been confirmed in over 25 countries. As the world struggles to contain the epidemic, some Western media have been spreading virus-related xenophobic comments against China.

Earlier this month, the U.S. newspaper The Wall Street Journal published an article under the headline "China Is the Real Sick Man of Asia." The French daily newspaper Courrier Picard published a print headline reading "Yellow alert" (Alerte jaune), with its online version titled "New yellow peril?" (Nouveau peril jaune); and the Australian Herald Sun ran the headline "Chinese Virus Pandamonium," with a deliberate misspelling referring to China's national animal the giant panda. Even some politicians in the West have made absurd remarks about the outbreak.

That ordinary people worry about being infected is understandable. However, it is spiteful for media outlets to spread rumors and blatant discrimination. Under their incitement, many overseas Chinese and even people from other Asian countries have been stigmatized and abused. Such behaviors go against something that Western media and politicians have long advocated for – "humanitarianism." The coronavirus has exposed deep-seated racism in some people's minds, which is symptomatic of a long history of discrimination.

Look closely at the comments and reports that have attacked China. Some urged their governments to immediately ban the entry of Chinese nationals, some think the virus has painted a doom-and-gloom picture of China's economy and prospects, while others have accused China of violating human rights and being undemocratic. These clichés uncover long-standing biases and misunderstandings about Chinese society and the country's system. It is irresponsible and ungracious for politicians to make insensitive comments such as suggesting that the coronavirus "will help to accelerate the return of jobs to North America." In an era of globalization, if the virus spreads around the world, barely anyone can remain unaffected.

COVID-19 is a disaster for both China and the world. Together with the WHO and relevant countries, China is going all-out to fight the epidemic and making great efforts to safeguard regional and global public health security. This has been discussed much in our previous programs.

These ridiculous words and deeds have drawn widespread criticisms. Canadian Prime Minister Justin Trudeau warned against the rise of discrimination as fears of the coronavirus spread; while Singapore's Prime Minister Lee Hsien Loong said that the outbreak is a public health event, and anti-Chinese sentiment is foolish, illogical and unhelpful for containing the virus. Many people have seen China's rapid and tough measures to control the epidemic, and numerous countries have extended their support and assistance to China. This has made the Chinese feel warm-hearted and even more confident.

Viruses do not check people's passports before entering the body, nor do they respect national borders. Battling COVID-19 and protecting people's lives and health are the common goals of all mankind. Mankind should share one heart and one destiny. 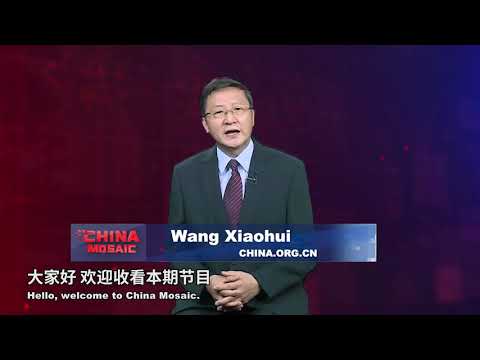