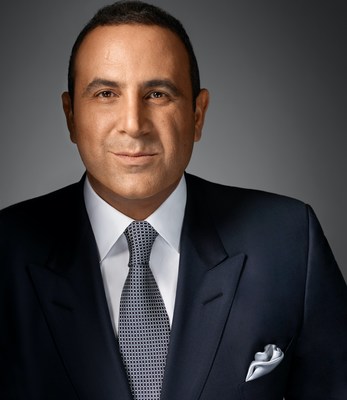 Launched in 2019 by Sam Nazarian, Founder and CEO, C3 has pioneered the food tech space. The fastest-growing restaurant group in history, C3 launched 165 locations in the U.S. in its first year, achieving 1.3 million orders to date. C3 currently operates over 250 digital brand locations across the U.S. with an expansion pipeline to well over 1,000.

This past Spring, C3 launched its proprietary CITIZENS GO app, the industry's first alternative to third-party delivery platforms. CITIZENS GO features a culinary marketplace of C3 digital restaurants allowing guests in Los Angeles, San Francisco, Portland, Austin, New York and many more US cities to come, to dine across different restaurants and group their menu choices into a single order. CITIZENS GO is available on the Apple App Store and Google Play.

Leading from the Kingdom

C3's expansion into Saudi Arabia is fully funded by Smart Food Holding, a division of WK Holding, through its consortium of high-profile partners, including Layla Abuzaid and Yasser Alobaidan. Under the vision of founding partner Layla Abuzaid, to position the Kingdom as a global hub and epicentre of innovation, WK Holding's portfolio includes:

Layla Abuzaid, Founder and CEO WK Holding, commented: "WK Holding is humbled to partner with hospitality legend Sam Nazarian, Founder and CEO of C3, whose pioneering track-record is unmatched. C3's expansion throughout Saudi Arabia will democratize haute cuisine by owning the food tech space in the region and, we will assemble a best-in-class hospitality hub in the Kingdom for the region, for the world. We will unlock local talents, celebrate our vibrant culinary culture, and export globally. C3 in Saudi Arabia is a world-first; no other platform has such transformative capacity to unite nations. From our home to your home; thisisbeyond - anewkingdom."

Ms Abuzaid continued: "We are resolutely ambitious, committed to the realization of Vision 2030 and to playing our part in establishing the Kingdom as an epicentre of excellence. Through the vision and passion of our beloved King Salman and Crown Prince Mohammed together with our strong government leadership, Saudi Arabia will become a blueprint global destination where culture and communities thrive."

The regional roll-out of C3 throughout Saudi Arabia will leverage the momentum of the advancement of the Kingdom. C3 and WK Holding will assemble an operating team based in Riyadh to design and deliver best-in-class execution across the C3 Saudi Arabia operating platform, including sourcing the highest quality produce from local suppliers. And as part of its influence on cultural globalization, C3's efforts in Saudi Arabia will identify, mentor, and incubate local culinary talent in a move that will brand and export Saudi hospitality culture to the world.

Commenting on the partnership, Sam Nazarian, Founder and CEO of C3, said: "We are thrilled to partner with visionary Layla Abuzaid and WK Holding. International expansion is key to C3's growth and there is no better partner to take us into the influential Saudi Arabia market. WK Holding's track record of successful execution and best-in-class relationships matches C3's vision. Through partnership we are excited to introduce C3's popular digital restaurant brands such as Umami Burger, Sam's Crispy Chicken, Krispy Rice, Kumi, Sa'moto and more to the Saudi community."

Mr. Nazarian continued: "The C3 team is committed to the Saudi kingdom's realization of Vision 2030 and the transformation of Saudi Arabia into a global industrial powerhouse. Adding to that sentiment and through partnership we are aiming to inspire the world to come together through the love of food."

C3's expansion into Saudi Arabia is set to introduce 40 international brands to the region, including:

The first C3 site in Saudi Arabia, CITIZENS Food Hall, is due to launch in Riyadh in the first quarter of 2022. The omnichannel culinary center will contain a curated collection of C3 culinary brands. It will operate as a dining destination featuring full-service restaurants and a fast-casual food hall. Powered by a ghost kitchen, CITIZENS Food Hall Riyadh will also serve meal delivery and pick up orders placed via the "CITIZENS GO" app.

C3 is looking at site locations at public and private developments at all scales, such as gyms, gas stations, airports, campuses, sports venues, malls and retail outlets, as well as Saudi mega-projects.

By unlocking hospitality in the Kingdom through the disruption of food tech, C3 in Saudi Arabia will generate hundreds of jobs and bolster the economy of Saudi Arabia and the region at large through the motivation of hospitality and the development of private-sector infrastructure.

C3 (Creating Culinary Communities) is re-imagining the food service industry at a time when change is needed most. Founded and led by visionary Sam Nazarian with minority investors Simon, a global leader in the ownership of premier shopping, dining, entertainment and mixed-use destinations, and Accor, the world-leading augmented hospitality group, C3 is simultaneously, systematically and broadly bringing together technology, underutilized retail, hotel and kitchen spaces and world-class culinary talent. C3's array of culinary brands co-exist to disrupt the food and beverage industry by capitalizing on rapidly evolving customer preferences through C3 established shared kitchens, Citizens food halls and mobile delivery with the next-gen Citizens GO app set to launch in 2021. Current C3 brands include Umami Burger, Krispy Rice, Sam's Crispy Chicken, EllaMia, In a Bun, The Other Side and Dani Garcia's El Pollo Verde, with many other brands in the pipeline. As of March 2021, C3 operates 250 digital kitchens across the U.S. To learn more, visit c3sbe.com.

Founded in 2017 by Layla Issa Abuzaid, who currently serves as CEO, WK Holding is a contemporary investment House that generates mutually beneficial long-term partnerships and innovative value-creating opportunities between Saudi Arabia and the rest of the world. Operating across five sectors, entertainment, food and beverage, trading, technology and lifestyle, WK Holdings invests in high quality differentiated assets through an entrepreneurial mindset and an institutional approach.

Today, the WK Holding portfolio includes RAFA/MFA Company, a joint venture between RAFA (Saudi Arabia) and MF Group (the most significant event production company in Russia), RUSSAD, a business hub between Saudi Arabia and Russia and the SAPEG PE FUND established to facilitate foreign investments in the Kingdom.

In 2021, of WK Holding introduced Smart Food Holding as a subdivision dedicated to the funding, incubation and innovation of the most exciting brands operating within the food, beverage and lifestyle space. Smart Food Holding is the investment platform for C3 Arabia. To learn more, visit www.wk-holding.com.

For US media inquiries:QUINN [email protected]