HERZELIYA, Israel, May 5, 2021 /PRNewswire/ -- StoreDot, the pioneer of extreme fast charging (XFC) battery technology for electric vehicles (EVs), today announces that together with the Israeli Electric Company (IEC) it has been approved by NASA to conduct the first space-based research and development program into new battery materials. As part of the Israel Space Agency and The Ramon Foundation's pioneering RAKIA mission to the International Space Station in February 2022, StoreDot's XFC technology will undergo two weeks of rigorous testing in zero gravity conditions. The results are expected to pave the way for a new generation of advanced lithium-ion batteries and accelerate the time to market of StoreDot's '5-minute' charge battery by bringing energy density and cycle life into line with the requirements of EV OEMs. 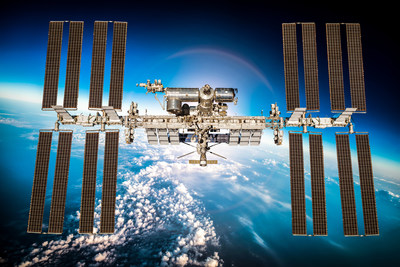 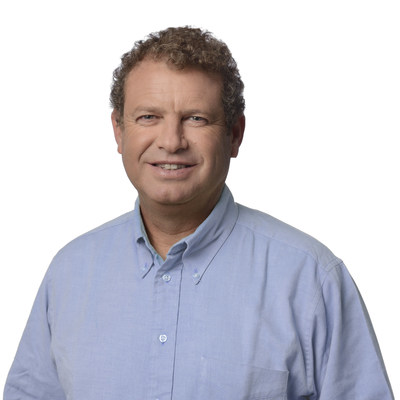 In a specially-devised experiment, coin cells of StoreDot's silicon-dominant anode XFC battery will undergo hundreds of charge and discharge cycles, with the results collected by means of a computer contained within the enclosed unit. Once the experiment, which was designed in collaboration with and funded by the IEC, is returned to earth, StoreDot's team of scientists will undertake extensive analysis of the data, as well as examine the battery itself to note any physical or chemical changes that have taken place during the experiment.

In particular, StoreDot will use the experiment to gain new insights into the chemical reactions that cause silicon to expand during the fast-charging process. This will be achieved by using zero gravity conditions to identify irregularities in the silicon surface of the anode. Importantly, the findings from the research will be incorporated into the first engineering samples of StoreDot's silicon-dominant anode XFC battery for EVs, which will be available for testing by the end of 2022.

Dr Doron Myersdorf, CEO, StoreDot, comments: "We are incredibly proud to join forces with the IEC, The Ramon Foundation and the Israel Space Agency on this historic mission. StoreDot remains steadfast on pushing the boundaries of battery materials research and development and this project marks the next exciting stage in that journey. This will be the first time XFC has been tested in the zero gravity conditions of space and we believe the results could be absolutely game-changing. Not only in terms of advancing XFC technology, but also, potentially, by opening up entirely new avenues in materials research that will have implications that extend far beyond the battery industry."

Jointly funded by the Israel Space Agency and The Ramon Foundation, the RAKIA (meaning sky in Hebrew) program is Israel's contribution to Ax-1, the world's first private mission to the ISS. As part of this historic event, astronaut Eytan Stibbe will travel to the ISS on the SpaceX Dragon capsule, becoming only the second Israeli astronaut in history to journey into low Earth atmosphere. While on board, he will undertake 200 hours of scientific projects and educational outreach, which will include transmitting a series of live lessons for Israeli school children.

In order to stimulate Israeli business interest in the space industry, the RAKIA program invited technology providers to submit proposals for space-based experiments that have the potential to evolve mankind's understanding of technological processes, advancing science and improving the quality of life on earth. StoreDot is one of just two companies chosen by the IEC to participate in the program. In total, more than 40 experiments will be undertaken during the mission spanning areas such as chemistry, astrophysics, optics, radiation, genetic research immunology, agritech and more.

"As this is something that has never done before it's difficult to know exactly what we will discover, but the methodology of analysing reactions in space has huge potential and will enable us discover things that simply would not be possible on Earth," says Myersdorf. "It is incredible to think that this experiment conducted some 200 miles above Earth could have significant implications for improving the quality of life on its surface. Not only by helping to accelerate the transition to clean electric mobility through the development of advanced lithium-ion batteries, but also potentially opening up entirely new avenues for material research that can support the development of other transformative industries – from healthcare and renewable energy to utilities and chemicals."

StoreDot's revolutionary XFC FlashBattery technology redefines the chemistry of conventional lithium-ion batteries, taking EV charging times from hours to minutes. This breakthrough is achieved primarily by replacing graphite in the cell's anode with metalloid nano-particles, such as silicon, to overcome major issues in safety, cycle life and cell swelling during the charging process.

In 2019, the company, whose strategic investors include BP, Daimler, TDK and Samsung Ventures, used a small cell design of its XFC technology to demonstrate the world's first full live charge of a two-wheeled EV in five minutes. Another major milestone followed in January 2021 when StoreDot launched engineering samples of the small form factor battery, proving that XFC is both commercially viable and scalable on traditional lithium-ion battery production lines.

StoreDot is a pioneer of extreme fast charging (XFC) batteries that overcome the critical barrier to mainstream EV adoption – range and charging anxiety. The company has revolutionized the conventional Li-ion battery by designing and synthesizing proprietary organic and inorganic compounds, making it possible to fully charge an EV in just five minutes – the same time it takes to refuel a conventional combustion engine vehicle. StoreDot's battery technology is optimized for best driver experience with XFC in Li-ion batteries, as well as future technologies for extreme energy-density (XED).

StoreDot's strategic investors include BP, Daimler, Samsung Ventures and TDK. In 2019, the company achieved a world first by demonstrating the live full charge of a two-wheeled EV in just five minutes. In 2020, the company demonstrated the scalability of its XFC batteries for other industries, by fully charging a commercial drone in five minutes in another world first. Moving XFC battery technology from the lab to a commercially-viable product for the first time, StoreDot has launched engineering samples of its first-generation batteries that are designed to be manufactured at scale on traditional Li-lion production lines.