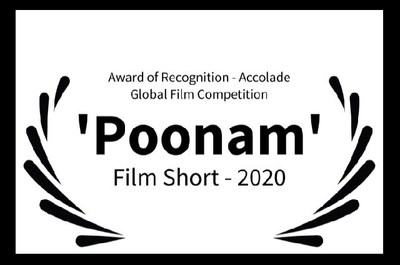 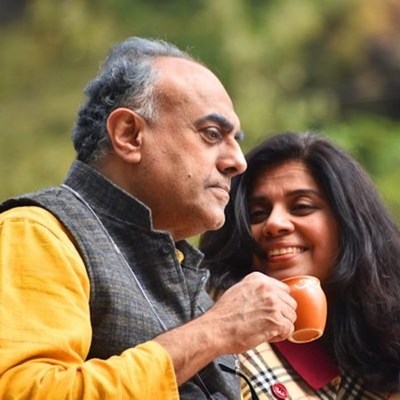 Producer, Shilpi Das Chohan of Shilpi's Voice & Visuals, Bangalore, said, "We are thrilled that Poonam has been recognized by a name as synonymous as 'The Accolade Global Film Competition'! Hard work and perseverance always pays off. Being a first timer was a huge challenge - approaching various people for funds, trying to convince them about the promise has been tough. I realized, only the right person with a bent of creativity and philanthropy can be a part of this project. After 5 years since the story and idea was conceived, we are proud and happy that the reward has been bestowed upon us."

The Accolade recognises film, television, videography and new media professionals who demonstrate exceptional achievement in craft and creativity, and those who produce standout entertainment or contribute to profound social change. Entries are judged by highly qualified professionals in the film and television industry.

Executive Producer, Anil Kumar P of Epicreel, Hyderabad, adds, "I have always believed that recognition will come, albeit a little late. Proud to be a part of this project and proud of the entire production and post-production team. This would not have been possible without their commitment and hard work."

In winning an Accolade, Poonam joins the ranks of other high-profile winners of this internationally respected award including the Oscar winning production of The Lady in Number Six by Malcolm Clarke, the very talented Dave Bossert of Disney for his short documentary, The Tunes Behind The Toons, Hollywood industry veteran Ron Howard for When You Find Me and Highwire Films Australia for their popular ABC TV series twentysomething.

Rick Prickett, who chairs The Accolade Global Film Competition, had this to say about the latest winners, "The Accolade is not an easy award to win. Entries are received from around the world from powerhouse companies to remarkable new talent. The Accolade helps set the standard for craft and creativity. The judges were pleased with the exceptional high quality of entries. The goal of The Accolade is to help winners achieve the recognition they deserve."