For nearly 6 months we have seen pandemic sickness and death--now predicted to last for years. We have been told to stay indoors just when we need more sensible sun exposure. Ironically, it is the threat of a new strain of deadly H1N1 Swine Flu that may begin our return-to-normal in just a few months. Mark Twain said, "Truth is Stranger than Fiction, But It Is Because Fiction Is Obliged to Stick to Possibilities; Truth Isn't." More vitamin D, the "sunshine" vitamin, may be that truth.

Ten years later, Vitamin D Deficiency (VDD) is still very common worldwide for several reasons.The main reason The Global Pandemic of VDD: King of ALL Silent Killers exists is because VDD has been rather ignored. Dozens of calls for help by global researchers for a decade have been dismissed. One 2017 Journal of Preventive Medicine and Public Health article said, "Immediate actions are urgently needed to protect the global population from VDD [PMID: 28768407].

The current greatest global health and economic decline in centuries, plus increased anxiety, depression, mental illness and suicides have people worried this is the end of America as we know it.

Vitamin D Deficiency is a condition that greatly raises the risk of sickness and death. The lower the Vitamin D blood-level the worse multiple infectious diseases tend to strike a person. Worldwide, 30% to 50% of people have VDD below 20ng/ml and 70% to 80% test below 30ng/ml. Key to preventing the Swine Flu is to treat the decade-old ignored global pandemic of VDD. Sadly, after 10 years, many people still have not had regular Vitamin D tests and unknowingly have deadly vitamin D blood levels below a normal 30-100ng/ml range. https://youtu.be/sfjwrlAg7W4

It is time to diagnose, treat and prevent global VDD. Over-the-counter (OTC) Vitamin D3 (not D2) is very safe, simple and effective VDD treatment. Vitamin D3 and sunshine can greatly reduce the risk of dozens of infectious diseases. Just $20 to $30 per-person per-year ($10 billion for all in the U.S.) of over-the-counter Vitamin D3, combined with regular exposure to sunshine can boost immune systems, improve mental health and overall health, reduce disease disparities and save lives. More vitamin D and sunshine give real hope for the brighter future most all people want and want soon.

Ask your doctor for help so your Vitamin D blood level is in the middle of the normal 30-100 ng/ml range. This is critical for people in vulnerable groups and those with co-morbid diseases. Vitamin D heals and may help prevent another pandemic, make the current one go away sooner and save lives.

Learn more at www.VitaminDHeals.com & read The Global Pandemic of VDD: King of ALL Silent Killers

Learn about the Your Teeth, Jaws and Airway at www.SmilePage.com & read Your Jaws~Your Life 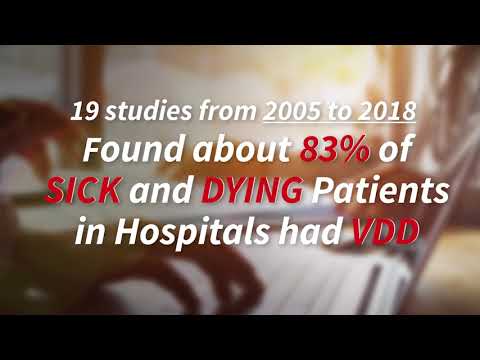 The Centers for Disease Control and Prevention Needs More...