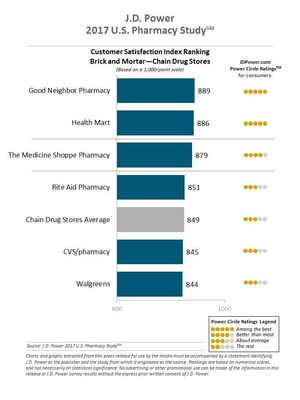 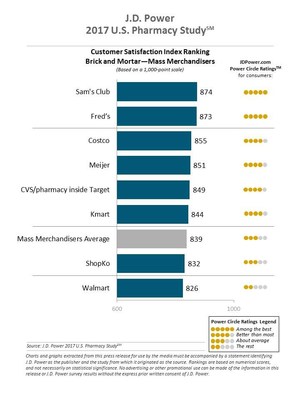 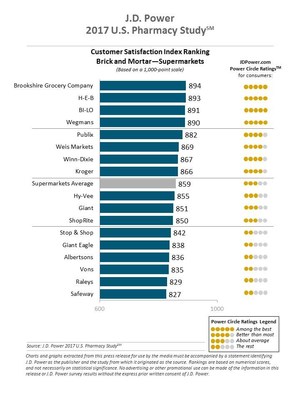 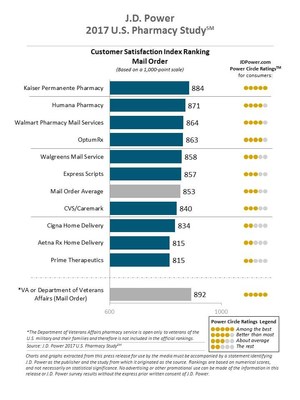 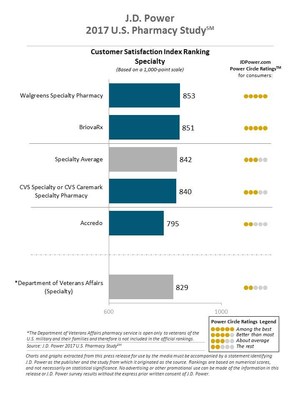 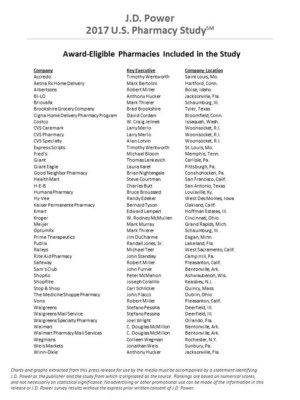 "Pharmacies have historically earned very high marks for customer satisfaction, so any significant year-over-year decline is cause for closer investigation," said Rick Johnson, Director of the Healthcare Practice at J.D. Power. "Consumer concerns about rising drug prices have likely affected perceptions of the cost for their retail prescriptions. The decrease in satisfaction with cost is the primary drag on overall customer satisfaction, creating a serious challenge for retailers."

Following are some of the key findings of the study:

Sam's Club ranks highest overall among brick-and-mortar mass merchandisers with a score of 874. Fred's (873) ranks second and Costco (875) ranks third. While CVS Pharmacy at Target placed fifth this year, it had the largest increase in satisfaction of any pharmacy from 2016 (+20).

About the StudyThe U.S. Pharmacy Study, now in its ninth year, measures customer satisfaction with brick-and-mortar, mail order, and specialty pharmacies. The 2017 study is based on responses from 17,326 pharmacy customers who filled a new prescription or refilled a prescription during the three months prior to the survey period of May-June 2017.

For more information about the U.S. Pharmacy Study, visit http://www.jdpower.com/resource/us-pharmacy-study.

J.D. Power is a global leader in consumer insights, advisory services and data and analytics. These capabilities enable J.D. Power to help its clients drive customer satisfaction, growth and profitability. Established in 1968, J.D. Power is headquartered in Costa Mesa, Calif., and has offices serving North/South America, Asia Pacific and Europe. J.D. Power is a portfolio company of XIO Group, a global alternative investments and private equity firm headquartered in London, and is led by its four founders: Athene Li, Joseph Pacini, Murphy Qiao and Carsten Geyer.