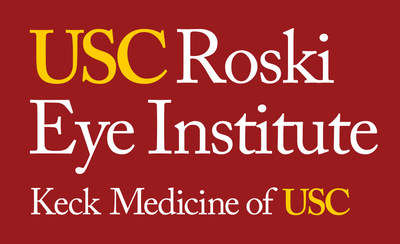 Keratoconus is a progressive disease where the thinning of the cornea (the clear, dome-shaped surface of the eye) produces warping and bulging which leads to severe visual distortion. It affects more than one in 2,000 people in the U.S. and before the CXL procedure could only be treated with advanced contacts lenses. As the disease progressed, treatments included more invasive procedures such as corneal transplant.

Approved by the FDA in 2016, CXL is a minimally-invasive, outpatient procedure where the ophthalmologist removes the epithelium (tissue on the outer layer of the cornea) and then uses a combination of ultraviolet A-light irradiation and application of riboflavin (vitamin B12) eye drops to stabilize the cornea. CXL does not cure keratoconus but in most cases, stops the progression of the disease to preserve the patient's sight and in many cases partially reverses the damage done to the cornea. USC treated the first patient in Los Angeles after FDA approval a couple of months ago. The patient's follow-up exams are showing continued improvement in his condition.

USC Roski Eye Institute patient, Adam Lyons, a U.S. Navy veteran, originally had LASIK in 1997 while living in Chicago. After moving to Southern California, he developed keratoconus as a result of that procedure. Referred to USC Roski Eye Institute before CXL trials began, Jonathan C. Song, MD, performed a corneal transplant on Lyons' left eye but the patient had to continue to wear glasses for his right eye. As that eye progressed with the disease, Lyons returned to USC in late 2016, where J. Bradley Randleman, MD, had joined the department as professor of ophthalmology and director of the Cornea, External Disease and Refractive Surgery Service. Randleman, a corneal surgeon and CXL expert who was a principal investigator for both of the U.S. clinical trials that led to FDA approval, performed the new procedure on Lyons.

"Keratoconus, as in Adam's case, can be a contraindication for LASIK which is why it is important to get an expert ophthalmologist to perform an initial exam," says Randleman.

"Our LASIK exam procedure at USC is designed to catch any subtle curvature abnormalities that could be an issue, and in these cases we recommend avoiding LASIK based on possible adverse outcomes."

Randleman, along with USC Roski Eye Institute colleague, Farhad Hafezi, MD, PhD, adjunct clinical professor of ophthalmology at the University of Geneva, Switzerland, are two of the most renowned international experts on CXL. They were among the earliest investigators in Europe and the U.S. to study and utilize CXL in both laboratory and clinical settings with patients who had progressive keratoconus and post-LASIK ectasia.

On a global level, keratoconus is a leading cause of severe visual impairment in children and adolescents and research has shown those with Down Syndrome (DS) are at a much higher risk than the general population to develop the disease.

In addition to their ongoing research in Europe, the U.S. and the Middle East, Randleman and Hafezi have also co-authored the first textbook on CXL, Corneal Collagen Cross-linking, originally published in 2013 with an updated version due out in 2017.