AMSTERDAM, June 6, 2017 /PRNewswire/ -- Executives from Hyperloop One joined European dignitaries and policymakers today at its Vision for Europe summit to discuss transforming transportation across the continent with Hyperloop. Hyperloop One's vision for Europe creates economic unification to provide better options for people living outside of economic centers and large cities; increases capacity of strategic corridors sustainably to develop city-to-city connections within commuting range, enabling a thriving, greener mega-region; and offers next generation logistics to facilitate fast, reliable and clean movement of goods. 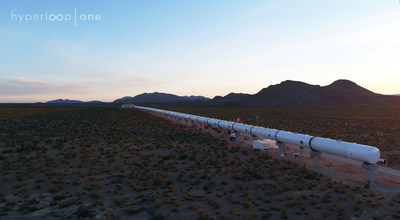 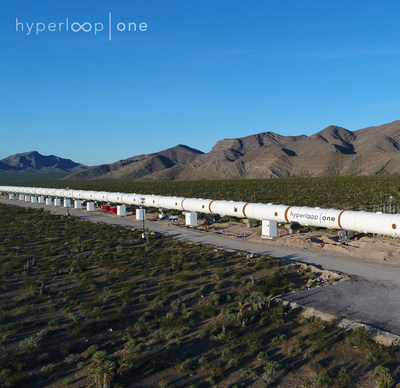 With Hyperloop One, passengers and cargo are loaded into a pod and accelerated gradually via electric propulsion through a low-pressure tube. The pod quickly lifts above the track using magnetic levitation and glides at airline speeds for long distances due to ultra-low aerodynamic drag. It is designed for higher energy efficiency per passenger mile than traditional modes of transport, curbing emissions and fuel consumption. By the end of 2017, Hyperloop One will have a team of 500 employees dedicated to bringing the technology to life.

Nine potential European routes were unveiled for the Hyperloop One Global Challenge at the event. The proposed routes will connect over 75 million people in 44 cities, spanning 5,000 kilometers. They were presented as part of the all-day summit that included a panel discussion around the economic advantages of Hyperloop and a keynote address from Dutch Minister of Infrastructure and the Environment, Melanie Schultz van Haegen.

"Europe embraces new ideas in transportation like no other region in the world and is uniquely positioned to take the next great leap in transportation with Hyperloop One," said Shervin Pishevar, co-founder and Executive Chairman of Hyperloop One. "Our vision is to, one day, connect all of Europe with our Hyperloop One system, networking the entire continent."

"For Europe, Hyperloop One technology is complementary to existing highways, rails, ports and overall infrastructure," said Rob Lloyd, Chief Executive Officer of Hyperloop One. "Hyperloop One will offer Europe's transport grid with an option that is more efficient, greener, on-demand and faster. We've seen a lot of interest here, and we look forward to creating a partnership to enhance the continent's transport infrastructure."

The Hyperloop One Global Challenge

Proposed routes would greatly reduce passenger and cargo transport times across some of the continent's most heavily trafficked regions. Hyperloop One's panel of experts in transportation, technology, economics and innovation are considering the following route proposals:

Vision for Europe ConferenceIn addition to new details on the European routes, the event in Amsterdam featured a roundtable of speakers discussing the future of transportation that included former Mayor of London's Deputy Manager for Transport, Isabel Dedring; Partner Norton Rose Fulbright and global head of Financial Investors Group, Chris Brown; and the CEO of Finland Chamber of Commerce and Secretary General of European Business Leaders' Convention, Risto Penttilä.

For more information on Hyperloop One, please visit www.hyperloop-one.com.