LOS ANGELES, Aug. 29, 2018 /PRNewswire/ -- The war against agricultural company Monsanto and its popular weedkiller Roundup is just beginning, say attorneys for Dwayne "Lee" Johnson, the former school groundskeeper who was awarded $289 million in damages after the product caused his terminal cancer.

In their first joint appearance since the verdict, lawyers Robert F. Kennedy, Jr., and Brent Wisner shared information and incriminating internal emails from their court case on the fact-based weekly online news program "The HighWire with Del Bigtree." 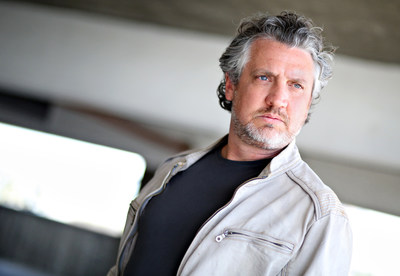 Wisner divulged that because of the expediency of the case--Johnson has only a few months to live--"only 10% of what we've got" has been brought to light.

"We've got hundreds of documents, far more damning than these, showing absolutely definitive misconduct" of Monsanto hiding Roundup's risk to the public, Wisner told Bigtree. "The longer this case goes on, the stronger it will get. If we won here, we're going to win everywhere."

The open-ended format of "The HighWire" means Wisner and Kennedy were able to relate key facts and newly disclosed information that swayed the jury, in more detail than any evening newscast brief or cable news segment.

"Emails divulged at the trial proved 'independent reports' claiming Glyphosate is safe were ghostwritten by Monsanto employees, while Monsanto repeatedly ignored safety concerns expressed by genuinely independent scientists," Wisner said. "Other emails confirmed Johnson called Monsanto twice to ask if Roundup could be contributing to his aggressive cancer diagnosis. His situation was discussed and ignored."

U.S. Department of Interior confirmed in 2011 Glyphosate is found in "significant levels" in Americans' air and water. Traces of glyphosate in certain popular breakfast cereals and snack bars were reported shortly after the jury's decision.

"In today's soundbyte news media, there are important subjects that deserve a deep dive, and the ongoing series of lawsuits against Monsanto and Roundup is one of them," says series host Del Bigtree, Emmy Award-winner for "The Doctors and founder of the non-profit Informed Consent Action Network, which seeks to eradicate man-made disease. "We strive to make 'The HighWire' essential viewing for people who want an unbiased, unvarnished look at the hard but critical truths society must face in order to improve our lives and world."

One of the world's fastest growing alternative news channels, "The HighWire with Del Bigtree" airs live every Thursday at 11am PST on YouTube and Facebook. It has garnered more than 33 million total views since its April 2017 launch.

SOURCE The HighWire with Del Bigtree