LOS ANGELES, Aug. 18, 2017 /PRNewswire/ -- THE VIETNAM WAR, a new 10-part series directed by Ken Burns and Lynn Novick that will begin airing on PBS on September 17, 2017, will be accompanied by two companion soundtracks to be released on September 15, 2017, Universal Music Enterprises announced today. 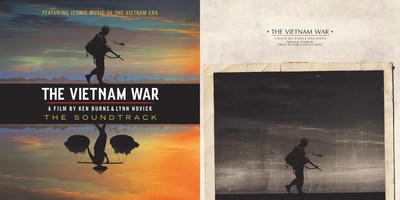 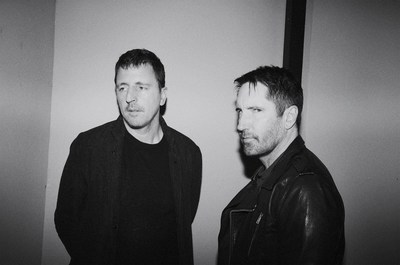 THE VIETNAM WAR – ORIGINAL SCORE BY TRENT REZNOR & ATTICUS ROSS will feature over 90 minutes of new, original music on 2CD and 3LP, written and recorded by Academy Award-winning composers Trent Reznor and Atticus Ross. In addition, THE VIETNAM WAR – THE SOUNDTRACK includes many of the iconic songs representing the era, including 38 tracks on 2CD chosen from the 120 tunes featured in the film. The soundtrack will include: The Beatles; Crosby, Stills, Nash & Young; Rolling Stones; Bob Dylan; Jimi Hendrix; Buffalo Springfield; Simon & Garfunkel; Janis Joplin; Phil Ochs; The Temptations; Barry McGuire; The Byrds; Otis Redding; The Animals; Santana; Marvin Gaye; Nina Simone; The Temptations; Booker T. and the M.G.s; Pete Seeger and more.

"The Vietnam War era produced some of the greatest, most impactful music ever recorded. We are grateful that so many artists from the period wanted to be part of the film and now the soundtrack. We were equally fortunate to have had the tremendous honor to work with Trent and Atticus. Their original score beautifully complements the music from the time. And we are absolutely thrilled that our audience will now have the chance to own the original score along with some of the best music from the film," said Ken Burns and Lynn Novick in a joint statement.

Sarah Botstein, the senior producer on the film, said, "We are indebted to a great number of musicians, their families, agents, lawyers, technicians and others, all of whom came together to make it possible for our film to include these extraordinary songs.  We can all agree that the music from this time was unprecedented in its originality and impact.  We could not have told this story without access to these iconic tunes. Much of this music remains popular among people of all ages, and it was a true privilege to put the music in its historical context and understand why it continues to resonate today."

"We are honored to work with Ken, Lynn, Sarah, Trent, Atticus and all of the artists who contributed music to the film and the soundtrack. Each piece of music was chosen after careful deliberation as each song transports you to a specific time, sets the tone, and connects you to that moment," adds Bruce Resnikoff, President/CEO, UMe.

In an immersive narrative, Burns and Novick tell the epic story of the Vietnam War as it has never before been told on film. THE VIETNAM WAR features testimony from nearly 80 witnesses, including many Americans who fought in the war and others who opposed it, as well as Vietnamese combatants and civilians from both the winning and losing sides.

Ten years in the making, the series brings the war and the chaotic epoch it encompassed viscerally to life. Written by Geoffrey C. Ward, produced by Sarah Botstein, Novick and Burns, it includes rarely seen, digitally re-mastered archival footage from sources around the globe, photographs taken by some of the most celebrated photojournalists of the 20th century, historic television broadcasts, evocative home movies, revelatory audio recordings from inside the Kennedy, Johnson and Nixon administrations.

Over the course of several years, Burns, Novick and producer Sarah Botstein shared with Reznor and Ross raw interview footage and scenes from rough cuts of the film, and suggested a range of feelings they hoped the music would evoke — rage, courage, sadness, fear, chaos, loss, love, sacrifice, aggression, loneliness, anxiety. They also provided a collection of sound effects from the era for the composers to work with.

"We are incredibly honored to be a part of this project. With 'The Vietnam War,' Ken, Lynn and Sarah have created something of vital importance. To bear witness to their process was immensely inspiring."

"The sheer scale of the project combined with the magnitude of the subject matter was initially daunting for us, but the commitment, care and reverence they displayed made the experience deeply satisfying on many levels," said Trent Reznor and Atticus Ross in a joint statement.

Accompanying the series will be a companion book, written by Geoffrey C. Ward, with an introduction by Ken Burns and Lynn Novick, that will be published by Alfred A. Knopf, Burns' longtime publisher.

THE VIETNAM WAR will be available on Blu-ray and DVD on September 19, 2017 from PBS Distribution at shopPBS.org.  The DVD and Blu-ray extras include a 45-minute preview program, two special segments on the contemporary lives of two of the program's participants, and deleted scenes. The series will also be available for digital download.

For images and additional up-to-date information on this and other PBS programs, visit PBS PressRoom at pbs.org/pressroom.

1.  A World Away2.  The Right Things3.  Passing The Point4.  Strangers In Lockstep5.  Before And After Faith6.  The Same Dream7.  Haunted

THE VIETNAM WAR – THE SOUNDTRACKCD 1