TAMPA, Fla., March 10, 2020 /PRNewswire/ -- Virtually all traditional diets can be summarized by one word: restriction. They're all about what you can't have, and very little about what you can have (and most of the time, the "allowed" choices are unappetizing).To make matters worse, they forbid you to eat your favorite foods. No pizza or chocolate chip cookies for months while you try to shed those 30 pounds! That's never going to work in real life. Always Eat After 7PM is different than other restrictive diets because it defies the most common dietary rules (like "no carbs" or "no fruits") and it is specifically designed to work with your body's natural hormonal systems, instead of working against them. This new, innovative diet will officially be available on March 23, 2020. 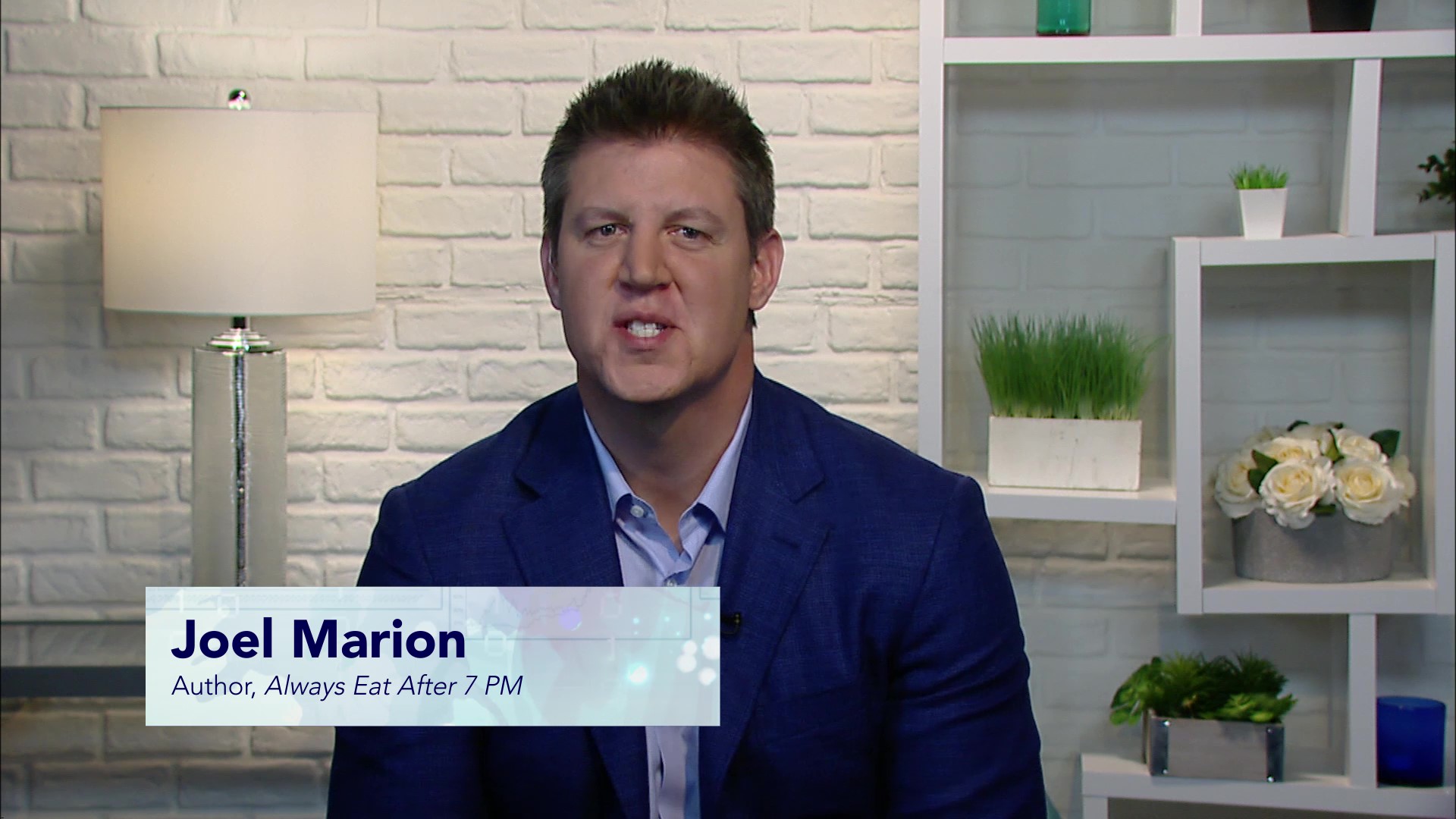 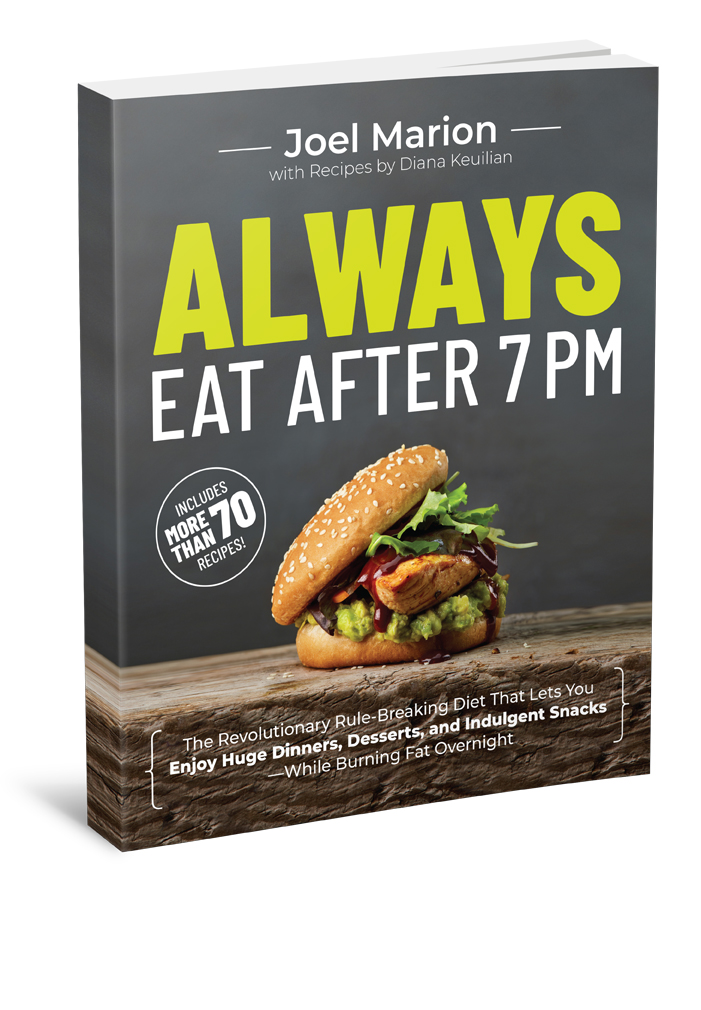 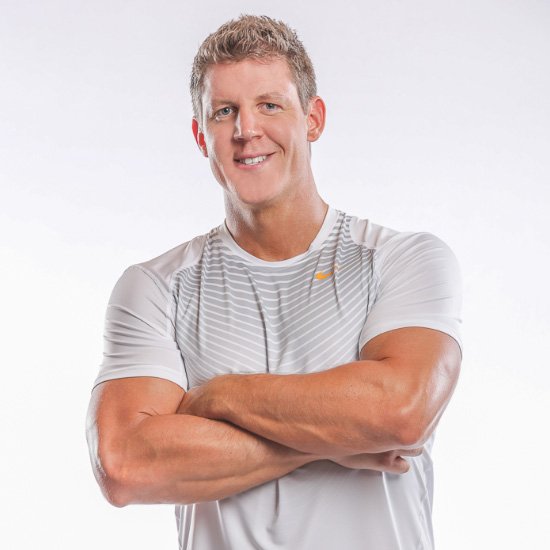 It's nine o'clock at night. Your stomach is rumbling. Food is calling your name. But you're on a diet, and that means eating now is against the rules, right? Ever felt this way? Ever wondered, if you broke the rules, could you still lose weight? I'm sure you have.

Nighttime hunger happens to just about everyone. Even so, for years we've been told that if we want to lose weight, we have to avoid carbs and eat a "sensible" dinner. Then we're forced to starve ourselves until bedtime—which is when our most intense cravings hit.

So . . . should you tough it out and follow the popular rule of avoiding food each night for fear of putting on pounds? Or should you answer the call of the fridge? Let me answer that for you: you should head to the fridge.

Okay, you probably think I'm crazy. We've all heard that we should avoid nighttime eating because if we eat food late in the evening—when we're physically inactive—we'll pack away those calories as fat rather than burning them for energy. But truth be told, there's just not much proof to definitively support this advice. (In fact, recent scientific research shows the exact opposite is true.)

I created Always Eating After 7PM because today's wildly popular warnings about eating at night and before bed are not backed by science.

For example, when nutritional scientists scrutinized the diet habits and body weights of more than 7,400 men and women for 10 years, they found that the calories that their research subjects ate after 5 pm had no effect on their weight. In short, they did not put on any weight because they ate in the evening. This study was published in the International Journal of Obesity and Related Metabolism Disorders.

This finding and the other research that I'll share in this book provide compelling evidence that you can, in fact, eat at night—and you will not put on pounds.

That's why it's time for a late-night eating rethink. And that's where this new book comes in. If you're like most of the people I've met and worked with over the last 18 years, you've probably wasted tons of time, energy, and money buying special foods, purchasing diet programs, or joining diet clubs—but with zero results. I've heard from people who are shattered because conventional diets have utterly failed to bring them any lasting weight loss.

People everywhere subject themselves to lives of starvation dieting and painful exercising, and none of it is working. They crave food, walk around hungry all day, and miss out on one of life's great pleasures—eating good food. And when they fail, as most dieters will, they feel guilty and full of self-hatred. But they haven't failed. Those diets have failed them.

Three months depriving yourself with no carbs, fruits, sweet treats, or alcohol? No thanks. Such practices not only are entirely unnecessary, but make for a miserable, unsustainable experience. Mainstream "dieting" is perhaps one of the most frustrating practices that just about everyone has attempted at one point or another.

It's not fun, it gets old, and it rarely works. Instead, just imagine getting home from another busy day. You're tired and hungry from running yourself ragged… The thought of having to nibble on bibs of lettuce, choke down another tasteless chicken breast or eat a can of tuna fish makes you want to gag…

So you grab your copy of Always Eat After 7PM and dive into an amazing bowl of creamy, cheesy delicious fat-burning pasta... The smell of olive oil, basil, and oregano fill your kitchen… And for dessert you enjoy a gooey chocolate brownie "guilt free", knowing each bite it taking your closer to your goals. Then, before bed, you head to the fridge and grab a tasty sweet and salty pre-bedtime fat-burning snack to help build lean muscle and fight insulin resistance.

Sound impossible and too good to be true? Well, it IS possible and not just on your cheat day… but every SINGLE night. In fact, if you want to burn MORE fat, regulate your hormones, and fight aging then it's mandatory. With Always Eat After 7PM you won't have to completely give up your favorite foods, and you'll see amazing results that will keep you motivated. It's time to make everything you hate about dieting and losing weight a thing of the past.

Always Eat After 7pmis different than any other diet you've ever tried.

Sound impossible and too good to be true? Well, it IS possible and not just on your cheat day… but every SINGLE night. In fact, if you want to burn MORE fat, regulate your hormones, and fight aging then it's mandatory.

Joel Marion, CISSN, NSCA-CPT has been helping literally millions of people world-wide slash body fat, gain muscle, and dramatically improve their lives through his cutting-edge articles, witty blogs, and breakthrough diet programs ever since breaking into the fitness industry more than 18 years ago by winning the world's largest Body Transformation contest for "regular" people, the Body-for-Life Transformation Challenge.

Since then, as a 5-time bestselling author and fitness personality, Joel has appeared on such television networks as NBC, ABC, and CBS, is a frequent guest on SIRIUS satellite radio, and has been featured in the pages of more than 20 popular national newsstand magazines including Men's Fitness, Woman's Day, Maximum Fitness, Oxygen, Clean Eating, MuscleMag International, and Muscle & Fitness Hers. When it comes to achieving your best body and the results you truly deserve, rest assured, you couldn't possibly be in better hands.