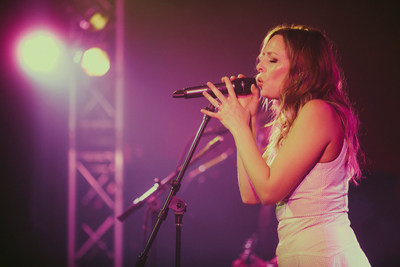 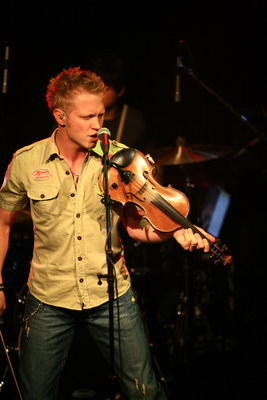 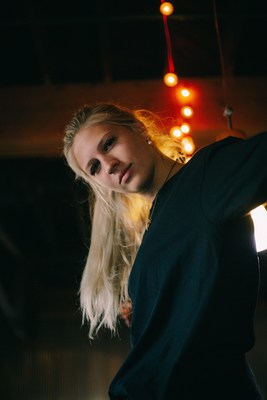 The concert will take place on the Hormel Foods YouTube channel this Friday, April 17, at 7 p.m. CDT, and will feature live performances by award-winning global artists Chris Kroeze, Natalie Murphy and Nick Hoffman. The performers have toured the world, appeared at the Grand Ole Opry and shared the stage with music legends such as Blake Shelton, Kenny Chesney, Travis Tritt, the Doobie Brothers and more. Hoffman is also the host of the Outdoor Channel television series "Nick's Wild Ride" and is also co-founder of his band, The Farm. Kat Perkins opened for Bon Jovi, and has worked with some of the music industry's most well-known acts. She was a three chair turn on Season 6 of NBC's The Voice and charted in the top 5 on iTunes several times. Kennedi is a talented singer, songwriter and multi-instrumentalist and has penned hits for some of today's biggest musical acts including Ariana Grande and Jonas Brothers.

The company held the first virtual concert with the artists – intended to thank Hormel Foods team members for their continued efforts to provide food to the world during the COVID-19 pandemic – on Friday, April 3. During the event, Hormel Foods surprised viewers by announcing a donation of 200,000 meals to aid Feeding America and other hunger-relief organizations.

"Our last virtual concert surpassed our expectations, and we were thrilled with the overwhelming response from our nearly 20,000 team members who continue to work with passion and dedication to keep the food supply moving and to provide food to people during this crisis," said Jim Snee, chairman of the board, president and chief executive officer at Hormel Foods. "This special encore concert is the latest way we can thank our team members and provide a memorable experience for them, their family and friends. I'm excited to have another opportunity for us to come together and enjoy the fantastic music the artists provide."

The headlining Kroeze is no stranger to Hormel Foods. He grew up in Barron, Wisconsin, where the company has a Jennie-O Turkey Store production facility that employs his father.

"Some of my earliest memories are of my dad talking about working for Jennie-O and everything they do to help their neighbors. Jennie-O is the heart of our community here in Barron, as I know so many of these Hormel Foods locations are around the world," Kroeze said. "During times like these, we really gain clarity on the importance of our food chain, and for all of those involved in making sure we have food on the table. I'm honored to be able to play a small part and try to bring some joy to those out there working hard to keep us all fed and grocery shelves stocked during these unprecedented times. I'm really looking forward to Friday, we have some special guests joining us, and its sure to be a fun evening!"

Hormel Foods has likewise taken a leadership role in helping with hunger relief and food security. In addition to the 200,000 donated meals announced during the first virtual concert, Hormel Foods pledged $1 million in cash and product donations to assist nonprofits with their efforts during the COVID-19 pandemic. The company's monetary and product donations are being made to local, national and global hunger-relief organizations. Feeding America, Convoy of Hope and Conscious Alliance are among those receiving immediate funding and donations.

Over the last five years, Hormel Foods has donated more than $50 million in cash and product. For more information about the company's charitable giving and corporate responsibility efforts, please visit https://csr.hormelfoods.com/.

Hormel Foods Corporation, based in Austin, Minn., is a global branded food company with over $9 billion in annual revenue across more than 80 countries worldwide. Its brands include SKIPPY®, SPAM®, Hormel® Natural Choice®, Applegate®, Justin's®, Wholly®, Hormel® Black Label®, Columbus®, Happy Little Plants® and more than 30 other beloved brands. The company is a member of the S&P 500 Index and the S&P 500 Dividend Aristocrats, was named on the "Global 2000 World's Best Employers" list by Forbes magazine for three straight years, is one of Fortune magazine's most admired companies, has appeared on Corporate Responsibility Magazine's "The 100 Best Corporate Citizens" list for the 11th year in a row, and has received numerous other awards and accolades for its corporate responsibility and community service efforts. The company lives by its purpose statement — Inspired People. Inspired Food.™ — to bring some of the world's most trusted and iconic brands to tables across the globe. For more information, visit www.hormelfoods.com and http://csr.hormelfoods.com/.

Chris Kroeze Chris Kroeze's combination of vocal and guitar skills, along with his humility and small-town country-boy persona, have captured the hearts of millions. The runner-up on Season 15 of NBC's "The Voice" performs throughout the United States and internationally, including multiple overseas tours each year for U.S. armed forces. Along with headlining the majority of his shows, he's shared the spotlight with Montgomery Gentry, the Doobie Brothers, Travis Tritt, Blake Shelton and many others stars. A native of Barron, Wisconsin, Kroeze is a longtime friend of Jennie-O Turkey Store and Hormel Foods.

"It's not fair to the rest of us that you get to sing like that!" - Blake Shelton

Natalie MurphyNatalie Murphy is a self-proclaimed city girl from Minneapolis, Minnesota, and a classically trained violinist destined to rock out for thousands. With a unique fiddle style described as melodic and passionate with an edge that cuts like an electric guitar, she has appeared at the Grand Ole Opry – with some of the biggest names in country music – close to a dozen times. In 2018, Murphy debuted her solo album, "Water the Flowers," and continues to flourish as an individual performer.

Nick HoffmanNick Hoffman is an American singer, songwriter, fiddle player, producer, and television personality. He is also the host of the Outdoor Channel television series "Nick's Wild Ride", which airs on Outdoor Channel and is also co-founder of the Elektra Records/Warner Music Nashville Recording Artists The Farm. He co-produced their self-titled debut album alongside hit songwriter and producer Danny Myrick. This Album produced two Top 40 radio hits: "Home Sweet Home" which hit #19 on the Country Charts and "Be Grateful" which hit #39. Hoffman has collaborated and performed alongside many notable musical acts including Kenny Chesney, Keith Urban, Trace Adkins, Sara Evans, Brooks & Dunn, and more.

Kat PerkinsKat appeared on The Voice Season 6 and advanced to the show's finals. She has opened for Bon Jovi and travelled to the Middle East to entertain American military troops. Kat has released five albums since The Voice with two of her singles charting inside #20 on the iTunes Charts. Her latest single is called Animal and can be found at all major outlets! Along with full time touring, Kat founded The Rising Star Foundation in 2017 and runs her own music camp in the badlands of North Dakota! Music and education is her passion and she tries to combine them whenever possible!

Kennedi Kennedi is a Minnesota and Los Angeles-based singer, songwriter and multi-instrumentalist has penned hits for some of today's biggest musical acts including Ariana Grande and Jonas Brothers. Her song "better" was premiered on Arjan Timmermanns' Beats 1 show and placed it on Apple Music's "A-List Pop" playlist, and E! included it on The MixtapE! and claimed "after reveling in this delicious little slice of pop, we won't soon forget her." She kicked off 2020 with the single "apology"  and debut EP, self.

Hormel Foods Named One of the Top Corporate Citizens in the...