ROCKVILLE, Md., Jan. 23, 2013 /PRNewswire-USNewswire/ -- Nearly 800 new records of "food fraud" added to the U.S. Pharmacopeial Convention's (USP) Food Fraud Database present new information about foods that are vulnerable to fraudulent manipulation in today's food supply. The first iteration of the database compiled 1,300 records of food fraud published between 1980 and 2010. The update increases the total number of records by 60 percent—and consists mostly of newer information published in 2011 and 2012 in both scholarly journals and general media.

Initial analyses of the database by USP food scientists was published in the April 5, 2012, Journal of Food Science. This research revealed that milk, vegetable oils and spices were among the top categories where food fraud occurred as documented in published reports. Analyses of new information by USP scientists show similar trends for 2011 and 2012, and add seafood (fish, shrimp), clouding agents and lemon juice as categories vulnerable to food fraud.

Food fraud is a collective term that encompasses the deliberate substitution, addition, tampering or misrepresentation of food, food ingredients or food packaging, or false or misleading statements made about a product for economic gain. A more specific type of fraud, intentional or economically motivated adulteration of food ingredients, has been defined by USP as the fraudulent addition of nonauthentic substances or removal or replacement of authentic substances without the purchaser's knowledge for economic gain to the seller.

"While food fraud has been around for centuries, with a handful of notorious cases well documented, we suspect that what we know about the topic is just the tip of the iceberg," said Dr. Jeffrey Moore, senior scientific liaison for USP and the database's creator and lead analyst. "The idea behind the database was to shed some light on this largely uncharacterized space by collecting and analyzing the fragmented information in the public domain reported by scholars, regulators and media. Ultimately, we hope the database can be used as a tool by food manufacturers, regulators, scientists and others worldwide to help achieve a safer food supply—whether by providing more complete knowledge of known and potential threats, spurring new research and development of more accurate detection methods for potential adulterants, increasing awareness on the part of consumers, lawmakers and others, or by any other means that makes it more difficult on a practical level for parties to engage in this unscrupulous and harmful activity—which is both a public health and business threat."

USP is a nonprofit, scientific organization that publishes the Food Chemicals Codex (FCC), an international compendium of standards offering specifications for the identity, quality and purity of food ingredients used worldwide. FCC results from the decision-making of the USP Council of Experts' Food Ingredients Expert Committee (chaired by Dr. Andrew Ebert). USP staff scientists worked with scientific experts from this Expert Committee and others to advance the USP Food Fraud Database.

Among the new scholarly records added to the database, the top ingredients represented are olive oil, milk, saffron, honey and coffee (all in the top seven in the analysis of 1980-2010 records), followed by tea, fish, clouding agents (commonly used in fruit juices/beverages to improve their visual appearance and make products look freshly squeezed) and black pepper—none of which was in the top 25 for 1980-2010. Among the new media and other reports examined, the most-represented products in the database are milk, fish, turmeric, chili powder and cooking oil (all in the top 12 in 1980-2010), followed by shrimp,  lemon juice and maple syrup (none of which was even in the top 25 in 1980-2010). Examples of fraud include:

Milk, Vegetable Oils and Spices: In three areas of ongoing concern, the database indicates watered-down and urea adulterated fluid milk in India, dilution of milk powder with fillers such as maltodextrin in South America and replacement of milk fat with vegetable oil in South America. In the category of oils, olive oil replaced with other, less-expensive vegetable oils was pervasive, and so-called "gutter oil" (waste oil repurposed as cooking oil) was documented in China. With regard to spices, the database shows examples of the dilution or replacement of spices with less-expensive spices or fillers.

Seafood: With $80 billion in seafood sold in the U.S. each year and more than 80 percent of fish in the country imported, seafood is big business—and fraud is a significant problem. Examples of seafood fraud documented in the database include sale of the fish escolar, often fraudulently mislabeled as white tuna or butterfish. Escolar is banned in Italy and Japan, and other countries have issued advisories on the trade and consumption of this fish. Escolar has high content of waxy esters that is likely to cause a special form of food poisoning called gempylotoxism or gempylid fish poisoning. Another example of seafood fraud included in the database involves puffer fish, with documented incidents in the U.S. of the fish being mislabeled as monkfish to evade import and other restrictions. Puffer fish has caused tetrodotoxin poisonings in the U.S. and elsewhere. "Seafood is an example where food safety controls are species-specific, making replacement of one fish with another especially troublesome," Moore stated.

Clouding Agents: Considered the 2011 equivalent to the melamine scandal involving Chinese milk products from a few years ago, numerous database records document the plasticizer Di(2-ethylhexyl) phthalate (DEHP) and other related phthalates as having been fraudulently added as clouding agents in place of the more expensive palm oil or other allowed food ingredients in fruit juices, jams and other products. The scope of this fraud was vast: 877 food products from 315 companies were involved; 206 products were exported to as many as 22 countries; and there were roughly 4,000 potential victims in Taiwan. Safety concerns surrounding DEHP include cancer and the improper reproductive organ development in children. DEHP may be used in food contact materials (e.g., seals, packaging), however the amount allowed to migrate into the food is tightly regulated as to not exceed approximately 1.5 ppm; levels in reported examples of food fraud were found from 2-34 and 8,700 ppm in food and supplement products, respectively. The fraudulent replacement of clouding agents may have been ongoing for years, but as with other food frauds, it is often difficult to detect fraud when no immediate illness occurs. However, as illustrated in this episode, severe health repercussions may still result from consumer consumption of an undetected harmful adulterant over an extended period.

USP is actively seeking outside additions to the database. To add to the database or to search this free resource, visit www.foodfraud.org. Media inquiries may be directed to [email protected].

USP – Advancing Public Health Since 1820The United States Pharmacopeial Convention (USP) is a scientific, nonprofit, standards-setting organization that advances public health through public standards and related programs that help ensure the quality, safety, and benefit of medicines and foods.  USP's standards are relied upon and used worldwide. For more information about USP visit http://www.usp.org. 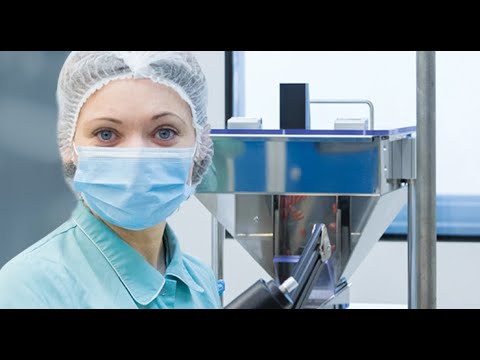