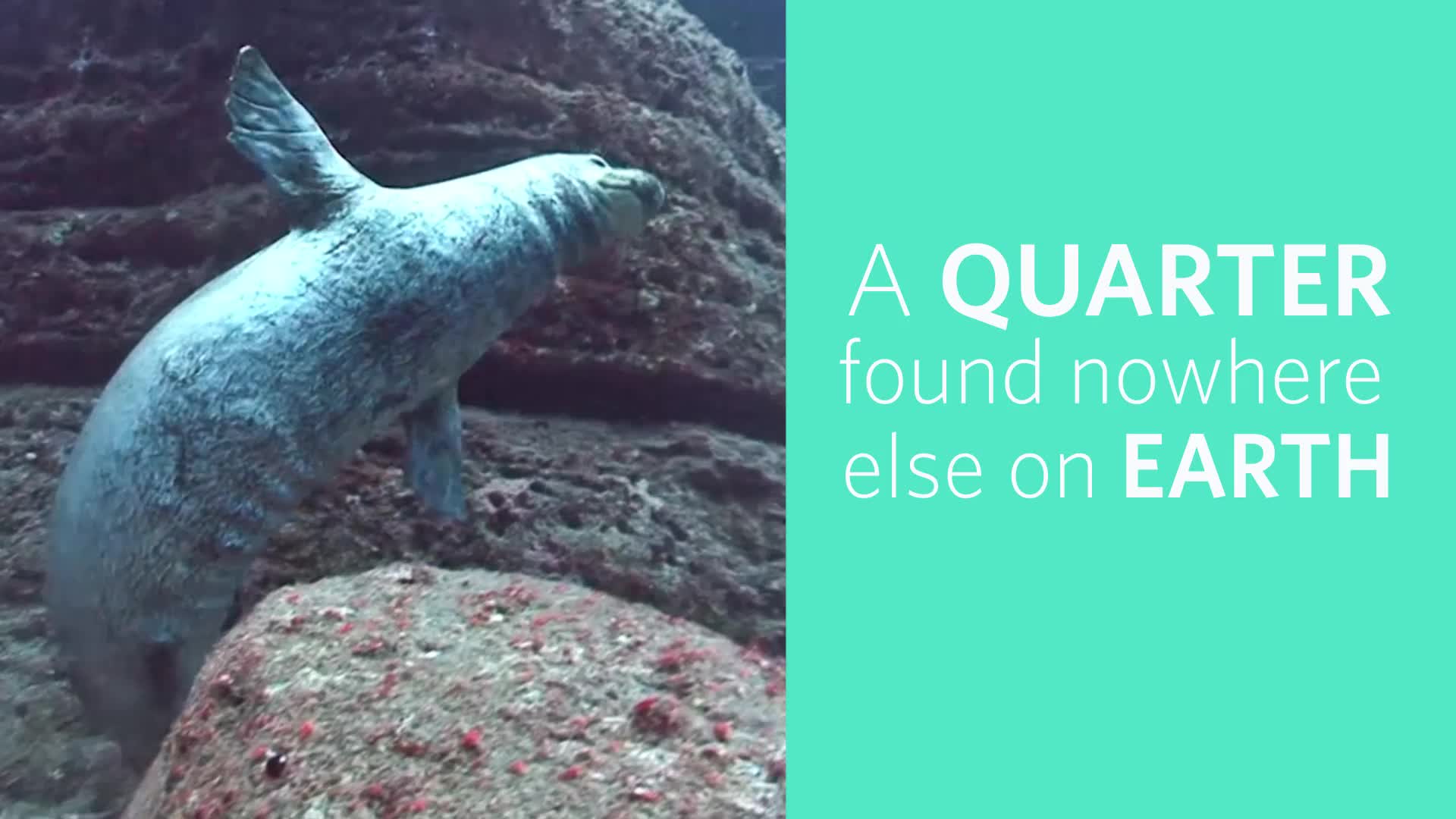 The action creates the largest protected area in the world and expands the original monument by more than 442,760 square miles (1.15 million square kilometers). The area now covered is almost four times as large as California.

Today's announcement builds on steps taken by six presidents—starting with Theodore Roosevelt and including three Republicans and three Democrats—to conserve the ecosystems and wildlife of the Northwestern Hawaiian Islands. In 2006, President George W. Bush designated the islands and the surrounding waters a national marine monument, marking the first time a large area of ocean had been set aside for protection in the United States, which has a long history of establishing national parks on land. At the time, Papahānaumokuākea was the largest marine reserve in the world. Subsequently, more than a dozen large-scale highly protected marine reserves have been created around the globe, including nine larger than the original Hawaiian monument.

"Papahānaumokuākea inspired an international movement to safeguard large areas of ocean and create the world's first generation of great parks in the sea," said Joshua S. Reichert, an executive vice president at Pew who oversees strategy for its Global Ocean Legacy project. "By expanding the monument, President Obama has increased protections for one of the most biologically and culturally significant places on the planet."

U.S. Senator Brian Schatz (D-Hawaii) agreed. "Expanding Papahānaumokuākea makes a definitive statement about Hawaii's and the United States' commitment to ocean conservation. By adopting my proposal to expand the monument, President Obama has created a safe zone that will replenish stocks of tuna, promote biodiversity, and fight climate change, and he has given Native Hawaiians a greater voice in managing this precious resource," Schatz said.

"President Obama's declaration is only the beginning. To create continuing success, we will need to work together to maintain and grow the partnerships that made the expansion possible in the first place," the senator added.

Through petitions, public meetings, and other events, Hawaiians expressed strong support for the expansion, particularly the Native community, which proposed the idea to the White House in January. To Native Hawaiians, Papahānaumokuākea is a place of honor, believed to be the root of ancestral connections to the gods and the site to which spirits return after death.

"Papahānaumokuākea is critically important to Native Hawaiian culture—it is our ancestral place, the birthplace of all life," said Sol Kahoʻohalahala, a seventh-generation Hawaiian from the island of Lanai and a member of the Northwestern Hawaiian Islands Native Hawaiian Cultural Working Group. "The expanded monument will serve as a conservation, climate, and cultural refuge for my granddaughter and future generations."

Pew's Global Ocean Legacy campaign worked with Native Hawaiians, scientists, elected officials, community leaders, businesses, and the larger environmental community to build support for expansion. The efforts included an in-depth study of the biological and cultural significance of the area, town hall meetings, educational sessions, news conferences, and media interviews. More than 1 million people from Hawaii and beyond signed petitions or wrote letters to the White House and lawmakers. In June, some 1,500 scientists signed a letter to President Obama backing the expansion.

Although much of the region remains to be fully explored, Papahānaumokuākea is home to more than 7,000 species, a quarter of which are endemic, or found nowhere else on Earth; some have only recently been discovered. The area provides habitat for rare species such as threatened green turtles, endangered Hawaiian monk seals, and false killer whales, as well as 14 million seabirds representing 22 species. This year, scientists exploring these waters discovered a new type of ghostlike octopus they nicknamed Casper, as well as three new species of fish.

Some places within the expanded monument show 100 percent endemism at depths of 100 meters. Scientists also have found the world's oldest known living organism—a deep-water black coral estimated to be 4,265 years old—within the new boundaries. Shipwrecks from the World War II Battle of Midway, including wreckage from the aircraft carrier USS Yorktown, also are located in the newly protected area.

More ocean has been set aside for protection in the past 18 months than during any other period in history, with announcements of new marine reserves by the governments of the U.S., the United Kingdom, New Zealand, Chile, and Palau. The Global Ocean Legacy campaign has helped safeguard 2.4 million square miles (6.3 million square kilometers) of ocean by working with local communities, governments, scientists, and other stakeholders around the world.

Even with these successes, only about 3 percent of the world's ocean has been set aside with strong protections. Recent science supports conserving at least 30 percent to maintain biodiversity, support fisheries productivity, and safeguard the myriad economic, cultural, and life-supporting benefits of the seas.

The Pew Charitable Trusts is driven by the power of knowledge to solve today's most challenging problems. Learn more at pewtrusts.org.

Global Ocean Legacy is a partnership established in 2006 to promote the creation of marine reserves in the world's oceans. Current partners include The Pew Charitable Trusts, Bloomberg Philanthropies, Lyda Hill, Oak Foundation, The Robertson Foundation, and The Tiffany & Co. Foundation. Learn more at globaloceanlegacy.org.