ORLANDO, Fla., July 24, 2019 /PRNewswire/ -- The 2019 Major League Soccer All-Star Game is still a week away, but there's already a clear winner: adults in the Orlando area named Morgan. Captain Morgan – the newest partner and official spiced rum of Major League Soccer (MLS) and 2019 All-Star Game sponsor – is promising up to 10 'Morgans' free tickets for them and up to two friends (21 or over) to the star-studded match between MLS All-Stars and Atlético Madrid on Wednesday, July 31st.

Anyone of legal drinking age with a first, middle or last name of Morgan* can claim the tickets for their crew by stopping by the Captain Morgan section of the Soccer Celebration at Exploria Stadium at the Southeast Parcel between 3:30PM and 7:00PM on Wednesday, July 31st.** If a lucky Morgan already has a ticket to the match, they'll still be able to swap them out for tickets from the Captain.

"We're just a few weeks into our partnership with Major League Soccer, and we're already trying to make good on our promise to soccer fans and show them that there's more fun to be had," said Christina Choi, DIAGEO Senior Vice President, Rum, Gin & Tequila. "Orlando has an incredible soccer culture, and this is going to be our first Major League Soccer All-Star Game, so what better way to show that we're serious about our commitment to fans than making sure a few more get to attend this match?"

Earlier this month, Captain Morgan became the official spiced rum of MLS and the league's exclusive spirits partner through 2022. As a sponsor of the 2019 MLS All-Star Game, the spiced rum will also be there for fans of legal drinking age throughout the week, including the All-Star Concert and Orlando City SC viewing party at Wall Street Plaza on Saturday, July 27th.

"Right from the start of our partnership, Captain Morgan has demonstrated their belief in Major League Soccer and their commitment to creating fun and unique activations for our fans," said Jennifer Cramer, Senior Vice President of Partnership Marketing at MLS. "We are really excited to collaborate with them on this one-of-a-kind program that will enhance the fan experience at our All-Star Game."

No Purchase Necessary. Official rules and details for receiving tickets can be found at www.MorganAllStarContest.com. For more fun from the All-Star Game and beyond, follow along at @CaptainMorganUSA on Instagram and @CaptainMorganUS on Twitter. Whether you're taking in the match at the stadium or watching it from the pub with friends, always enjoy Captain Morgan responsibly. Captain's orders!

*As shown on photo ID. Must be eligible as per Official Rules. A total of 10 'Morgans' and their crews will be selected, for a maximum number of 30 tickets.**Tickets available while supplies last. Award of tickets subject to verification by independent judges.

About MLSHeadquartered in New York City, Major League Soccer features 27 clubs throughout the United States and Canada, including future expansion teams in Nashville, Miami and Austin. The League plans to have 30 clubs in the coming years. For more information about MLS, visit www.MLSsoccer.com. 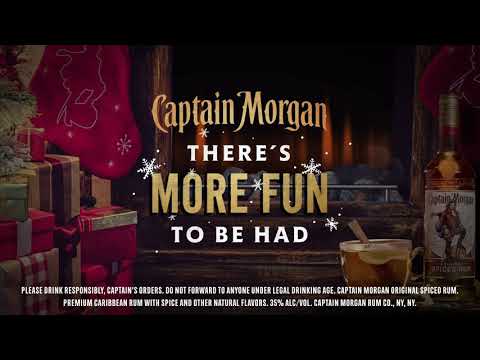