UNIVERSAL CITY, Calif., Nov. 28, 2018 /PRNewswire/ -- To help spread the message of kindness and love during the holiday season, Universal Pictures and Lollipop Theater Network today announced that they are conducting private screenings of Illumination and Universal's Dr. Seuss' The Grinch at 17 children's hospitals and health facilities across the country between December 4 and December 6. 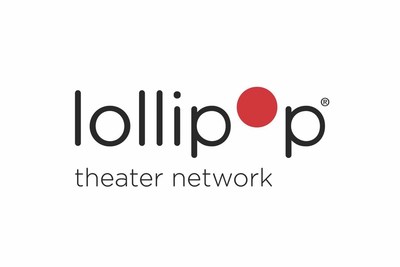 "This holiday season we are thankful to partner with Universal Pictures and Illumination to screen The Grinch for pediatric patients across the U.S. This program fulfills our mission to bring the magic of movies to children confined to hospitals due to chronic or life-threatening illnesses," said Evelyn Iocolano, Executive Director of Lollipop Theater Network.

"The incomparable work that Lollipop does is not only emblematic of the spirit of the holidays, it is an inspiration to us all," said Jim Orr, President, Distribution, Universal Pictures and Advisory Board Member of Lollipop. "We are honored to work alongside the network of children's hospitals and facilities to bring joy to these brave children and their families during December."

A 501(c)(3) organization founded in 2001, Lollipop Theater Network has created in-hospital programming for children facing life-threatening illness nationwide. These programs give pediatric patients the opportunity to experience magical escapes in the form of movie screenings of current films, music jams, artist days led by top Animation Studios, and visits by some of their favorite celebrities. Our hope is to bring a moment of relief into the lives of the children and families who need it the most. To learn more, please visit: www.lollipoptheater.org.