TOKYO, July 6, 2020 /PRNewswire/ -- Pony Canyon reports that the final round of the female singer audition for the theme song of the upcoming theatrical animation film "DEEMO THE MOVIE" was announced during "DEEMO THE MOVIE - UTAHIME AUDITION FINAL" (*utahime = diva/songstress), an official program of the online event "Anime Expo Lite", with 14-year-old Japanese girl Hinano Takashima being selected as the grand winner, guaranteeing her with a debut-release of that film's theme song from Pony Canyon. 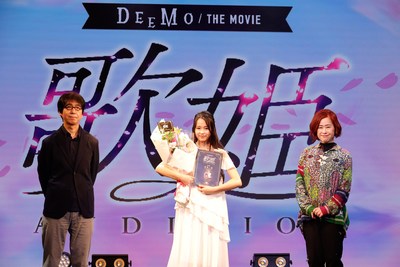 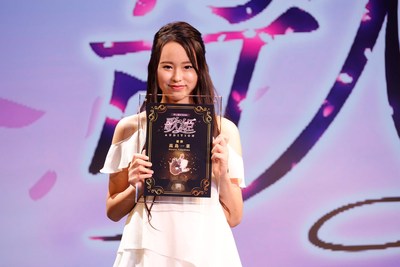 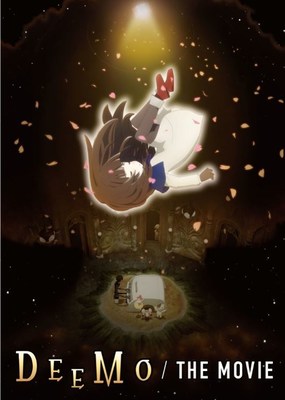 The audition which began this January attracted over 1,400 participants from across the globe, but due to effects of COVID-19 the qualifying rounds were held online via Zoom, and six finalists were selected after three rounds.

"Anime Expo Lite" is the online version of "Anime Expo", the largest Anime convention in North America that is held annually in Los Angeles. This year the event was carried out as a two-day live-streaming event on July 3rd and 4th due to the ongoing effects of the COVID-19 crisis.

"Although it ended up being a rather unique audition, the basis lies in the 'song.' Since we were selecting someone that would have to make singing their livelihood, it was about finding the one that can display the charm of a beautiful music performance through the power of the 'song,'" said Kajiura. Similarly, Mori stated "the deciding factor was the winner's vocal ability and future potential", applauding the potential of the grand winner. "This audition was inspired by this Japanese anime theme song, and it was revolutionary that it opened the door for people all over the world to participate. I look forward to the film and to the future of this young diva," said Matsuda, summarizing this half-year audition with a comment while also recognizing its global significance.

Grand winner Takashima performed the three songs that were tasked during the qualifiers. "It's still dreamlike, I can't believe it. I'm feeling all fluffy (laugh). I accomplished the first step in my dream of becoming a singer that can reach the heart of audiences worldwide. I'd like to continue singing with all my heart so that people who listen would tell me 'I'm glad I chose Hinano Takashima!'" said Takashima with a shy smile on her face.

This program can be viewed on the Anime Expo Lite official channel on YouTube and Twitch until July 5th (Sun) 12 am, PST. Furthermore, the final round of the audition will be made available on DEEMO THE MOVIE's official website after the program airs on BS Nippon Television on July 5th in Japan.

ABOUT "DEEMO THE MOVIE"

The film has been produced by Pony Canyon and Production I.G group, a partnership that has already yielded tremendous success with the global blockbuster Anime "Attack on Titan". The film is currently in production and is expected to be released in 2021. Yuki Kajiura, known for providing the music to notable animations such as Fate/Zero and Demon Slayer: Kimetsu no Yaiba will write the theme song and image song.

Alone in a castle, a figure plays a piano... Deemo. One day, a girl falls from the sky. A castle littered with mysterious inhabitants. A sacred tree growing by the melody of piano. A girl with no memory and Deemo. A gentle story that will touch your heart.

ABOUT "DEEMO", THE GAME ON WHICH THE MOVIE IS BASED

DEEMO is a Smartphone rhythm game app that has had over 23 million downloads worldwide. DEEMO was inspired by a piano and carries approximately 200 songs of varying genre, from beautiful classical music to rock, jazz, and electronic. The game offers innovative entertainment to the players who must tap the notes on the screen as if playing the piano, and in addition to its collection of superlative music, the smooth gameplay remains unrivaled by any other game, captivating many music game fans in Asia and around the world.

The release of the second preview for DEEMO THE MOVIE...