MONROE, La., April 20, 2018 /PRNewswire/ -- Coinciding with Earth Day April 22, CenturyLink, Inc. (NYSE: CTL) is releasing its Corporate Social Responsibility (CSR) report, which describes the ways in which CenturyLink is making a positive difference in the world and in the communities the company serves. The CSR report also highlights the company's continued success managing its impact on the environment, including progress toward its long-term targets for greenhouse gas emissions reduction. 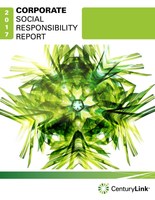 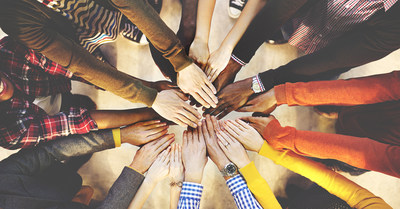 CenturyLink was in the top 100 in Barron's first-ever ranking of the most sustainable companies in the U.S. The ranking's methodology looked at the 1,000 largest publicly held companies by market value, with headquarters in the U.S., as of Dec. 31, 2017. The rankings focused on 300 performance indicators for each company.

"CenturyLink's goal is to help ensure the long-term health of the environment, joining with consumers and businesses who are focusing on the sustainable use of resources," said Mike Beekman, CenturyLink's director of global environment, health, and safety. "Through our involvement in efforts ranging from energy efficiency and the use of renewables to minimizing waste through reduction, re-use, and recycling, we further our commitment to improve lives by being a good citizen and neighbor in the communities where we work and live."

About CenturyLinkCenturyLink (NYSE: CTL) is the second largest U.S. communications provider to global enterprise customers. With customers in more than 60 countries and an intense focus on the customer experience, CenturyLink strives to be the world's best networking company by solving customers' increased demand for reliable and secure connections. The company also serves as its customers' trusted partner, helping them manage increased network and IT complexity and providing managed network and cyber security solutions that help protect their business.