BEIJING, Sept. 10, 2020 /PRNewswire/ -- Tencent today announced the conclusion of 99 Giving Day, the most popular annual charity festival in China jointly initiated by Tencent Charity Foundation and thousands of other charity organizations, enterprises, celebrities and media from Sep. 7 to Sep. 9 (Beijing time). With the theme of "Together We Can", this year's event has raised a total donation of RMB 3.044 Billion Yuan. More than 5780 donors, 500 institutions and 10000 enterprises participated in the campaign, which broke the record for giving among China' internet charity industry. 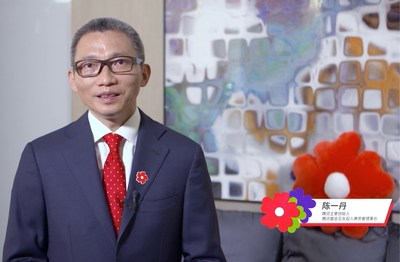 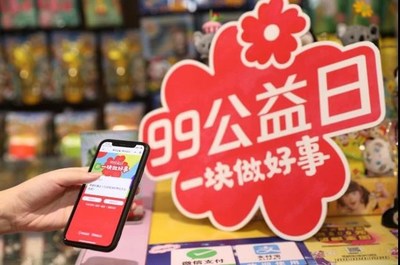 Since its establishment in 2015, Tencent's 99 Giving Day has become a renowned charity festival with the largest number of participants, the most influential contributors and addressing the most diverse range of charity scenarios in China. The sixth 99 Giving Day opened to a strong start at 9:00 a.m. on Sep. 9. The amount of donations in the first two minutes exceeded RMB$100 million, and was close to RMB$600 million after 30 minutes, making it a trending topic online.

In the past six years, the total amount of users' donations for 99 Giving Day increased from RMB$128 million to 2.32 billion yuan by more than 17 times. In the same period, Tencent charity platform attracted more than 156 million participants. Given its rapid scale, growth rate and influence, 99 Giving Day has transformed into a festival of national goodwill and philanthropy for society.

This year, considering those businesses affected by the pandemic, 99 Giving Day created special tools such as charity consumption coupons, which can be issued by businesses to donors who can deduct cash when consuming, so as to embody the spirit of "Together We Can" for both businesses and consumers in the fight with pandemic.

Today rapid technology development is supporting the growth of charity.

Transparency is the basic indicator of health status and the cornerstone of the charity ecosystem. This year, 99 Giving Day is using blockchain technology to improve transparency. All charity projects will be based on blockchain to improve disclosure and ensure contributions which will be traceable, rechecked, and transparent throughout the whole process.

Digitalization is the key to efficiency of Internet charity ecosystem. This year, the technical team of Tencent Charity platform launched the "Charity SaaS Plan", to support charity organizations improve efficiency by offering open source cloud computing and big data. Now, there are 50 charity organizations participating in the program, and 100 is expected by end of this year.

Film Stars and Media Makes The Day Interesting and Diverse

The vitality of charity needs the passion of the younger generation, it should be more creative and personalized.

On 99 Giving Day, listening to songs, walking on the road and reading books, can all provide a fun way to make donations and support charities. As an example, Tencent developed the game of "little safflower", where one can gather more safflowers by donating money and interacting with friends. Based on the final number of safflowers, contributors can get different times of matching donations.

Adhering to the mission of 'Tech for Good', Tencent Foundation introduced the initial 99 Giving Day in Hong Kong for the very first time. Without leaving home, Hong Kongers can donate and support charity using their mobile devices.

Obris and Tung Wah Group of Hospitals, two reputable charity organizations that have gained long-term support from people in Hong Kong and elsewhere, participated in the HK 99 Giving Day and set up charity programmes for donations on WeChat Pay HK charity platform which will be matched by Tencent Foundation.

"The people of Hong Kong are enthusiastic about charity. We are very happy to have 99 Giving Day in Hong Kong this year to help local charity organizations raise money through mobile Internet platforms," Chen said. "There is no boundary between love and public welfare. This is also the first time in HK for Tencent Foundation. We look forward to cooperating with more charity organizations to stimulate the goodness of science and technology and make the world a better place. "

Living up to expectations, the 99 Giving Day ended with a big success in 2020. However, Chen Yidan said: "the amount of money raised is no longer an indicator of success to 99 Giving Day, but the positive social impact conveyed, the charity perception how many people recognized, and the power to social goodness in a longer period of time, these are the goals we have been pursuing and valuing."