TORRANCE, Calif., July 30, 2020 /PRNewswire/ -- The 2020 Pikes Peak International Hill Climb marks the official racing debut of the completely reimagined 2021 TLX, set to go on sale this fall. Acura will compete in the 98th running of the "Race to the Clouds" on Aug. 30 with two race prepared second generation TLXs powered by modified versions of the production 2.0-liter turbocharged engine, along with a "Time Attack" NSX supercar. Pacing the race to the 14,115-foot summit will be a development prototype of the highly anticipated TLX Type S, ahead of its market introduction next spring. 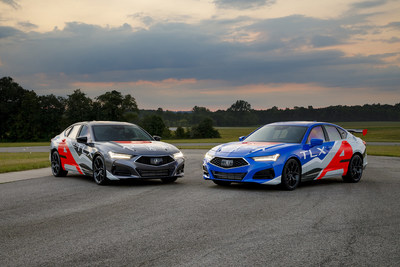 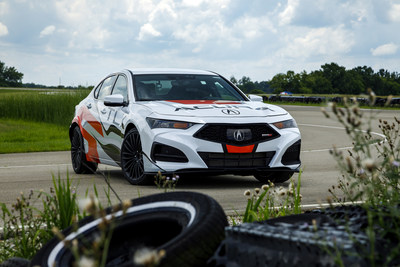 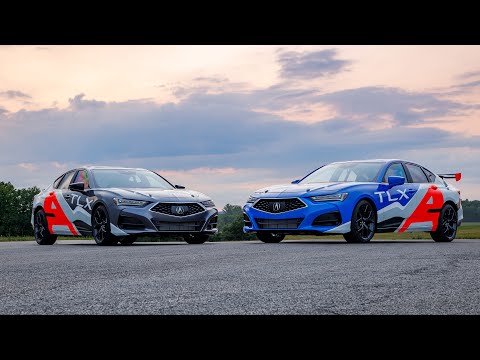 Racing is a key expression of Acura's Precision Crafted Performance DNA. For the past nine years, Acura has utilized the grueling Pikes Peak hill climb as an opportunity to grow the skills of the company's young engineers and as a test bed for future performance technologies in Acura production vehicles. The Acura Pikes Peak race team is comprised of a group of volunteer R&D engineers and is responsible for all aspects of the competition, including the development of vehicles, race prep, crew support and navigating race cars to the finish line.

Acura's long-standing competitive presence at Pikes Peak includes scoring numerous race records and podium finishes. In 2019, Peter Cunningham finished first in the Open Class for the third year in a row with the RealTime Racing TLX GT (9:24.433). Currently held record setting runs include a Hybrid-production car record for the Acura NSX driven by James Robinson (10:02.448) and a front-wheel drive record for the Acura TLX driven by Nick Robinson (10:48.094).

TLX Type S Pace Car // Driver: Nick RobinsonThe TLX Type S Pace Car, an early development prototype used for circuit testing, will be driven by Nick Robinson, a principal engineer in the company's Chassis Development Group. The prototype TLX Type S is undergoing final development tuning before it is set to arrive in market next spring. Powering the TLX Type S is Acura's new 3.0-liter V6 Turbo engine, expected to produce 355 horsepower and 354 lb.-ft. of torque, and distributing power to all four wheels via Acura's fourth-generation Super Handling All-Wheel Drive™ (SH-AWD®). Additionally, the TLX Type S Pace Car has been equipped with the optional lightweight Y-Spoke wheels, inspired by the NSX's own, and several safety modifications including a roll-cage and fire suppression system.

A Pikes Peak veteran himself, Robinson established a new front-wheel-drive record for Pikes Peak in 2018 with an Acura TLX and achieved a Time Attack 2 Class Win with a second-gen NSX in 2016. The year prior, he won the PP250 class on a Honda motorcycle. In addition, Nick Robinson serves as a driving safety expert and helps mentor new drivers throughout their careers at Honda R&D Americas.

2021 TLX 2.0T // Driver: Jordan GuitarBoth of the 2021 TLX race cars will compete in the Exhibition Class, with multiple modifications in preparation for the grueling hill climb. The TLX's standard 2.0-liter turbocharged engine has been race-tuned with a larger turbo and intercooler for increased power. Stopping performance from the electro-servo braking system is improved with 4-piston Brembo® front calipers and rotors from the TLX Type S, along with high-performance racing pads. A more aggressive suspension set up is applied, as well as unique tuning for the Super-Handling All-Wheel Drive™ (SH-AWD®) system. Lightweight 19-inch HRE wheels with Pirelli racing tires complete the TLX's race preparation.

Driver Jordan Guitar, a member of the company's Chassis Development Group, made his Pikes Peak debut in 2018 and returned in 2019 - piloting Acura SUVs in both instances.

"Time Attack" NSX // Driver: James RobinsonReturning to the Peak for the third consecutive year is the "Time Attack" NSX driven by James Robinson. A 10-time Pikes Peak veteran, Robinson's past successes in the "Race to the Clouds" include a hybrid production car record set with NSX in 2018 (10:02.448) as well as podium finishes in the Exhibition, Open and Time Attack 1 classes.

About the 2021 TLXThe all-new 2021 Acura TLX ushers in a new era of Acura performance as the quickest, best-handling and most well-appointed sedan in the brand's 35-year history. With a model-exclusive body structure and chassis architecture, all turbo engine lineup, and an athletic stance with bold proportions, the new TLX delivers dramatic gains in both style and dynamic performance. The 2021 TLX will arrive at dealerships early this fall while the Type S high performance variant arrives next spring. For more information: 2021 Acura TLX Reveal

About AcuraAcura is a leading automotive nameplate that delivers Precision Crafted Performance – a commitment to expressive styling, high performance and innovative engineering, all built on a foundation of quality and reliability. The Acura lineup features five distinctive models – the ILX and TLX sport sedans, the RDX and MDX sport-utility vehicles and the next-generation, electrified NSX supercar. All Acura models sold in North America for the 2021 model year are made in the U.S., using domestic and globally sourced parts.