MONTEREY, Calif., Nov. 1, 2018 /PRNewswire/ -- Twenty-two top aquariums across the United States have already eliminated 5 million straws in their coordinated campaign to reduce sources of plastic pollution. Now they're upping their game by encouraging individuals, businesses and cities around the country to cut back on single-use plastic—starting with plastic straws—by Earth Day 2019. 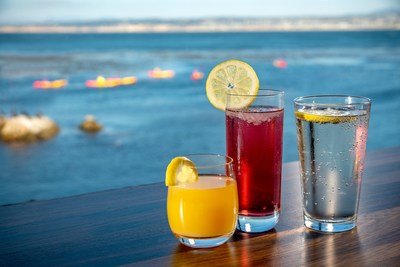 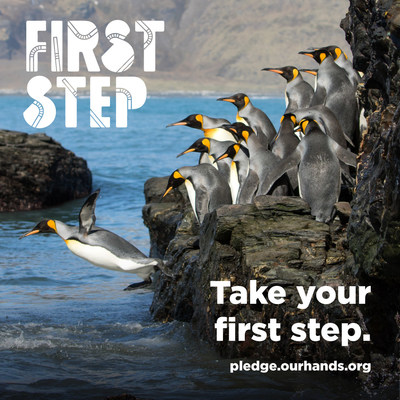 Banding together in a joint #FirstStep to plastic-free waters, the aquariums seek commitments from 500 more businesses, pledges from individuals, and policy action by municipalities, all to reduce a growing source of single-use plastic waste that harms ocean and freshwater wildlife around the world.

"There's new scientific evidence, almost on a weekly basis, about the ways that plastic pollution is harming marine and aquatic wildlife," said Monterey Bay Aquarium Executive Director Julie Packard. "I find it so encouraging that people are responding quickly to the threat—by changing their habits, and asking businesses and governments to step up and take action."

"Cutting back on plastic straws doesn't solve the problem, but it's an important first step," Packard added. "It gets people thinking and talking about ways they can reduce their reliance on single-use plastic items—and encourages the innovation of ocean-friendly alternatives."

The campaign will kick off during #NoStrawNovember, a nationwide movement asking people who don't need them to refuse plastic straws for 30 days.

Since the 2017 launch of the Aquarium Conservation Partnership (ACP), 22 partner aquariums in 17 states – located on the coasts and in the heartland – have eliminated more than 5 million straws a year, stopped using plastic shopping bags, and have committed to significantly reduce or eliminate plastic beverage bottles by 2020.  Nearly 500 businesses—including United Airlines, the Chicago White Sox, Dignity Health hospitals and Farmer Brothers Coffee— have made plastic-reduction commitments in collaboration with ACP aquariums.

Municipalities in aquarium communities, and California on a statewide basis, have enacted laws either banning single-use plastic from many foodservice operations or requiring businesses to offer plastic straws only when customers request them. ACP partner aquariums are supporting these efforts in a variety of ways.

"The health of our lakes and rivers is important not only to the wildlife that live there – they are a recreation and economic resource for us all," said Bridget Coughlin, president and CEO of Chicago's Shedd Aquarium. "Beyond inspiring the public to take action, it's our duty to empower businesses and community leaders to raise the issue of plastic pollution, invite them to lead by example and make long-lasting, impactful change."

"A sea change is underway, and people want to do their part to ensure the future of our ocean planet," said National Aquarium President and Chief Executive Officer John Racanelli. "All 22 of the aquariums that make up the ACP are committed to reducing single-use plastic, and it is now our hope to inspire and serve as a model for other organizations and companies as well as individuals. The reality is that if everyone does their part, we can make a meaningful impact."

ACP's initiative has already expanded globally. Its work sparked the European Commission and United Nations Environment Program – with support from five international partners, including ACP – to announce a commitment by European Union Commissioner for Environment, Maritime Affairs and Fisheries Karmenu Vella at the 5th international "Our Ocean" conference October 29-30 in Bali, Indonesia to coordinate a global coalition of 200 aquariums by 2019 to raise public awareness about plastic pollution.

For more information about the #FirstStep campaign or to take the pledge, visit pledge.ourhands.org/.

About the Aquarium Conservation Partnership

The Aquarium Conservation Partnership (ACP) is a collaboration of 22 U.S. public aquariums in 17 states, all committed to advancing conservation of the world's ocean, lakes, and rivers through consumer engagement, business leadership, and policy changes.  ACP was founded by Shedd Aquarium in Chicago, Monterey Bay Aquarium in California, and National Aquarium in Baltimore, in collaboration with the Association of Zoos and Aquariums. Link: pledge.ourhands.org/