Michelin inspectors have been eating their way around New York City's five boroughs for over 14 years. Introduced in 1997, Bib Gourmand restaurants are awarded by Michelin's inspectors because they serve high quality food while making it possible to order two courses and a glass of wine or dessert for $40 or less (tax and gratuity not included).

The MICHELIN® Guide, renowned for its anonymous food inspectors, was created at the turn of the 20th century by the founding Michelin brothers to provide motorists with useful information about where they could service and repair their cars, and eventually where to find a good quality meal as well.

The 2019 Michelin-starred restaurants will be released on Tuesday, Nov. 6. The Guide will go on sale Thursday, Nov. 8, at major book sellers for a suggested retail price of $18.99.

Alley41 is one of the new, quality Sichuan restaurants in the city. Customers flood the dining room of this sleek restaurant in Flushing. Inspectors agree that the technique and level of cooking is worthy of a Bib Gourmand designation.

Amelie is a hidden gem. The French-leaning menu of this wine bar is quite concise. The dishes deliver a wonderful expression of flavor, from the whole wheat flour mini-ravioli from the south of France to the moules and deconstructed tart Tatin.

Cervo's was an instant hit when it opened in summer 2017 in the Lower East Side. Inspired by the cuisines of Spain and Portugal with an emphasis on fresh seafood prepared simply, this cozy restaurant offers good quality and value.

Convivium Osteria has a focused and well-executed menu. At a time when expansions seem to be dominating the culinary landscape, it's refreshing to find a chef-owned, personal restaurant such as this.

Enzo's of Williamsbridge in the Bronx offers carefully crafted Italian cuisine where the ingredients are supreme and the commitment to excellence extends from the food to the gracious hospitality.

Georgian Dream Café is considered one of the best Georgian restaurants in Bay Ridge. From hearty bowls of chakapuli to juicy, charred kebabs, the inspectors thought the cooking showed particular refinement.

Houdini Kitchen Laboratory was promoted from a Plate designation to Bib Gourmand. The fresh, house-made pastas and creative wood-fired pizzas coming out of this inspired kitchen in Ridgewood were a delight.

Hwa Yuan originally opened in Chinatown in 1968 and was home to much written about cold sesame noodles. The former chef's son recently revived the restaurant in the original building. The Sichuan-focused cuisine is made especially well.

Kubeh offers a focused menu serving the namesake dumpling along with other fresh, well-prepared Middle Eastern dishes. The chef spent a month in Israel learning how to make kubeh from immigrants of Kurdish, Iranian and Syrian descent.

Legend of Taste offers peerless dishes such as smoked pork with garlic and Sichuan-style crispy eggplant. Located just north of Flushing in Whitestone, the cooking at this fantastic Sichuan restaurant is not to be missed.

Lil Gem opened last fall. The menu takes inspiration from the chef's Lebanese background and goes full-speed ahead with winners like smoky babaganoush and a spicy lamb flatbread.

Little Alley opened in the unexpected location of Murray Hill, offering an excellent array of focused Shanghainese specialties. The soup dumplings are well done, but the menu is full of equally delicious, lesser known dishes.

Mar's was promoted from Plate to Bib Gourmand and is a neighborhood essential in Astoria. Housemade pastas, fresh seafood and good technique justify its Bib Gourmand designation.

Pata Café offers a humble setting with purposeful cooking that has all the hallmarks of genuine Thai food: electric, zippy, sour, soulful and, at times, blazing hot.

Pinch Chinese brings a bit of magic to SoHo with exceptional soup dumplings and a lacquered duck, the likes of which are uncommon for this neighborhood. The sleek vibe, down to the fun wine list, makes Pinch Chinese all the more enticing.

Tang Hot Pot opened in November of 2017 and brought quality ingredients like USDA prime ribeye and bubbling broths with depth and flavor to the Lower East Side.

The Flower Shop has become a popular watering hole for the Lower East Side area since opening in March of last year. Inspectors were impressed by the food, which pulls from pub classics like meat pies, Scotch eggs and fish and chips.

Tomiño was quietly opened in late 2017 by three brothers whose roots stretch back to northwest Spain. The elegantly designed space in Chinatown/Little Italy is an homage to the Galician tapas bar.

Tonchin provided inspectors with a clear level of refinement and quality to its cooking. New York has its share of ramen restaurants, but this chain out of Tokyo is one to note.

Ugly Baby is an unquestionably great new restaurant offering very good Thai food in Brooklyn. The petit restaurant is utterly charming, and the menu is full of excellent, flavorful dishes.

Ulivo is a welcome new Bib Gourmand that is off to a strong start. From the wood-burning oven to the housemade pastas, the menu is a delight.

Una Pizza Napoletana offers starters and desserts showing just as much refinement as the pizzas themselves. Few pizzas command as much fanfare as those by Anthony Mangieri, and inspectors were happy to see his return to the east coast in April.

Vinum is located on a surprising stretch of Bay Street on Staten Island. Attention to detail down to the house baked bread, truffled veal and lamb meatballs are a clear marker for Vinum's Bib Gourmand award.

About MichelinMichelin, the leading tire company, is dedicated to enhancing its clients' mobility, sustainably; designing and distributing the most suitable tires, services and solutions for its clients' needs; providing digital services, maps and guides to help enrich trips and travels and make them unique experiences; and developing high-technology materials that serve the mobility industry. Headquartered in Clermont-Ferrand, France, Michelin is present in 171 countries, has more than 114,000 employees and operates 70 production facilities in 17 countries which together produced around 190 million tires in 2017. (www.michelin.com) 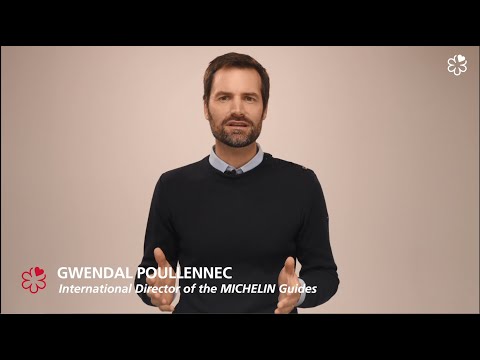