SAN FRANCISCO, Aug. 1, 2019 /PRNewswire/ -- San Francisco based, Chameleon BX, announced MarJon Beauchamp will prepare for the 2021 NBA Draft by training in its 12-month program upon completion of his senior year of high school at Dream City Christian in Arizona. 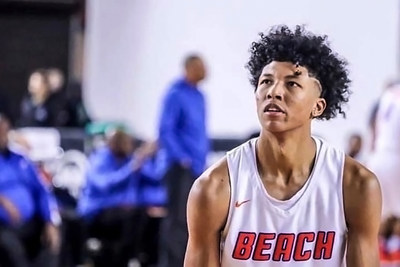 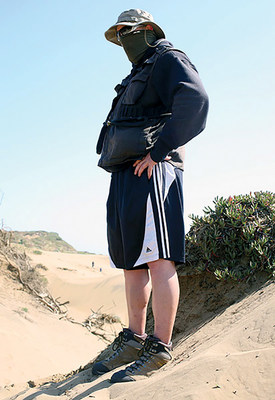 MarJon Beauchamp is one of the most promising young basketball stars from the state of Washington, known as one of the most productive states in the country for churning out NBA talent. Beauchamp played his junior year at Rainier Beach and is considered the highest-ranked recruit from Washington's 2020 class, according to ESPN. The 18-year-old is one of the most sought-after college prospects in the nation and has amassed more than 12 offers from Division I schools with elite basketball programs, including UCLA, University of Arizona, USC, Oregon State, Texas, Georgetown, Alabama, and University of Washington.

After numerous collegiate offers and careful consideration of all available options, MarJon and his father, JonMarc Beauchamp, said their decision was based on what was best for MarJon. "I'm genuinely humbled by all the interest and offers I received by some great schools. Although they were tough to turn down, I believe the Chameleon BX program provides the kind of personalized attention I need to get my body and game properly prepared for pursuing my dream of a career in the NBA," said MarJon. His Father added, "Frank Matrisciano's proven ability to transform athletes, combined with the skills training provided by his accomplished NBA coaching staff is simply a far better option for MarJon than a one-and-done year at college, or any of the other paths we considered before making our decision."

Matrisciano's rationale for developing Chameleon BX was driven by his decade long passion to fill the void that existed for preparing exceptional high school athletes for the NBA. Current pathways such as college, the NBA G League, China, Australia, and Europe don't prepare elite high school players for the pros. "They aren't the right environments for 18-year old kids," said Matrisciano. The Chameleon BX coaching staff includes an esteemed group of former NBA basketball coaches and executives who will prepare athletes for the life in the NBA. The staff includes Bob Hill, Dave Joerger, Kim Hughes, Eddie Johnson, Josh Oppenheimer, Tom Sterner and Dean Demopoulos all with extensive NBA and collegiate coaching experience.

About Chameleon BXChameleon BX is a one-of-a-kind 12-month personalized training program designed specifically for helping elite high school basketball players prepare physically and mentally for the NBA draft with unrivaled fitness training and skills training by NBA coaches who've lived the NBA life. Chameleon BX provides a customized focus and individualized attention on each player. As part of its commitment to preparing its clients for all aspects of life, Chameleon BX also offers continued education, nutritional guidance, and marketing and sponsorship support.