IRVINE, Calif., March 7, 2017 /PRNewswire/ -- 5.11®, the world's leading innovator of purpose-built gear for tactical professionals and consumers, is launching an exclusive four-part live-action video series for Tom Clancy's Ghost Recon® Wildlands as the next step in its global partnership with Ubisoft®. 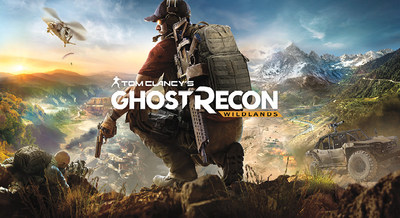 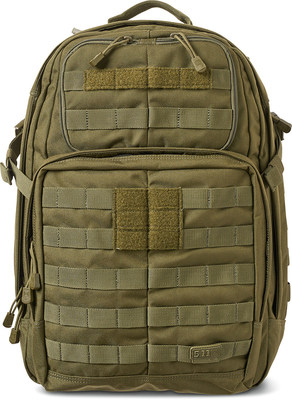 The 5.11 Tom Clancy's Ghost Recon® Tactics video series features elite operators utilizing 5.11 gear and the real-world tactics that the Wildlands' Ghosts use in-game to battle the Santa Blanca Cartel. The videos will be launched across 5.11's and Ubisoft's social media channels on March 6, 2017, in advance of the game's debut on March 7.

"Elite tactical teams around the world rely on 5.11's purpose-built gear to complete their most demanding missions," said Willem Driessen, 5.11's vice president, global marketing. "In our video series, players will see how the best gear and the right tactics prepare real-world operators for successful missions. They can then apply what they learn to defeat the Santa Blanca Cartel in Tom Clancy's Ghost Recon Wildlands."

Set a few years in the future, Tom Clancy's Ghost Recon® Wildlands allows players to lead a team of Ghosts, a four-player U.S. Elite Special Operations unit, on a covert mission to eliminate the Santa Blanca drug cartel, an underworld power and growing global threat within Ubisoft's imagining of an incredibly beautiful, yet dangerous Bolivia.

Tom Clancy's Ghost Recon® Wildlands takes place in the largest and most diverse action-adventure open world Ubisoft has created to date. With hundreds of villages and well-known landmarks, local legends and various factions and regions, players venture into a vast world with which to interact and explore.

The Ghosts' upgradable skills, along with a vast arsenal of weapons, vehicles and drones at their disposal, help them take down the enemy. Players can outfit characters in their favorite 5.11 gear and apparel including the TacTec Plate Carrier, RUSH backpacks and Apex™ pants. Players also have a wide variety of vehicles and state-of-the-art weapons technology to select from, along with total freedom to choose how they accomplish their missions. They can then watch as the world reacts to their actions.

"Military and law enforcement operators are no longer the only users of tactical gear," Driessen said. "Millions of people lead a tactical lifestyle on a daily basis, choosing to always be prepared for whatever comes their way. From our rugged backpacks to our performance, purpose-built pants, men and women of all backgrounds use 5.11 apparel and gear."

5.11 will promote the video series, and the in-game product integration in their stores and online on 511tactical.com, and across its social media platforms.

Tom Clancy's Ghost Recon® Wildlands will be available on all major consoles and PC on March 7, 2017.

With offices around the globe, 5.11 works directly with end users to create purpose-built apparel and gear designed specifically to enhance the safety, accuracy, speed, and performance of tactical professionals and enthusiasts worldwide. 5.11 products exceed rigorous standards, which have allowed the brand to establish a reputation for innovation and authenticity, and become the premier choice for those that always have to be ready. 5.11 is a portfolio company of Compass Diversified Holdings (NYSE: CODI). Learn more about 5.11's best-selling tactical gear and accessories at www.511tactical.com. Connect with 5.11 on Facebook, Twitter @511Tactical and on Instagram @511Tactical. #511tactical

Ubisoft is a leading creator, publisher and distributor of interactive entertainment and services, with a rich portfolio of world-renowned brands, including Assassin's Creed, Just Dance, Tom Clancy's video game series, Rayman, Far Cry and Watch Dogs. The teams throughout Ubisoft's worldwide network of studios and business offices are committed to delivering original and memorable gaming experiences across all popular platforms, including consoles, mobile phones, tablets and PCs. For the 2015-16 fiscal year Ubisoft generated sales of €1,394 million. To learn more, please visit www.ubisoftgroup.com.