CITY OF COMMERCE, Calif., Sept. 10, 2018 /PRNewswire/ -- Today, 99 Cents Only Stores celebrates their latest feat of becoming the GUINNESS WORLD RECORDS title holder for the Largest packaged product number. In a fast-moving production that took less than 24 hours, 100 people and over 12,000 products on the field of the Rose Bowl Stadium in Pasadena, Calif., the retailer created a gigantic 18,200 square foot "99" display in celebration of their inaugural #99Day customer appreciation event. As the sun rose above the world-famous stadium in the most picturesque scene, a GUINNESS WORLD RECORDS adjudicator verified the GUINNESS WORLD RECORDS  title and presented the 99 Cents Only Stores with the official certification for the Largest packaged product number. 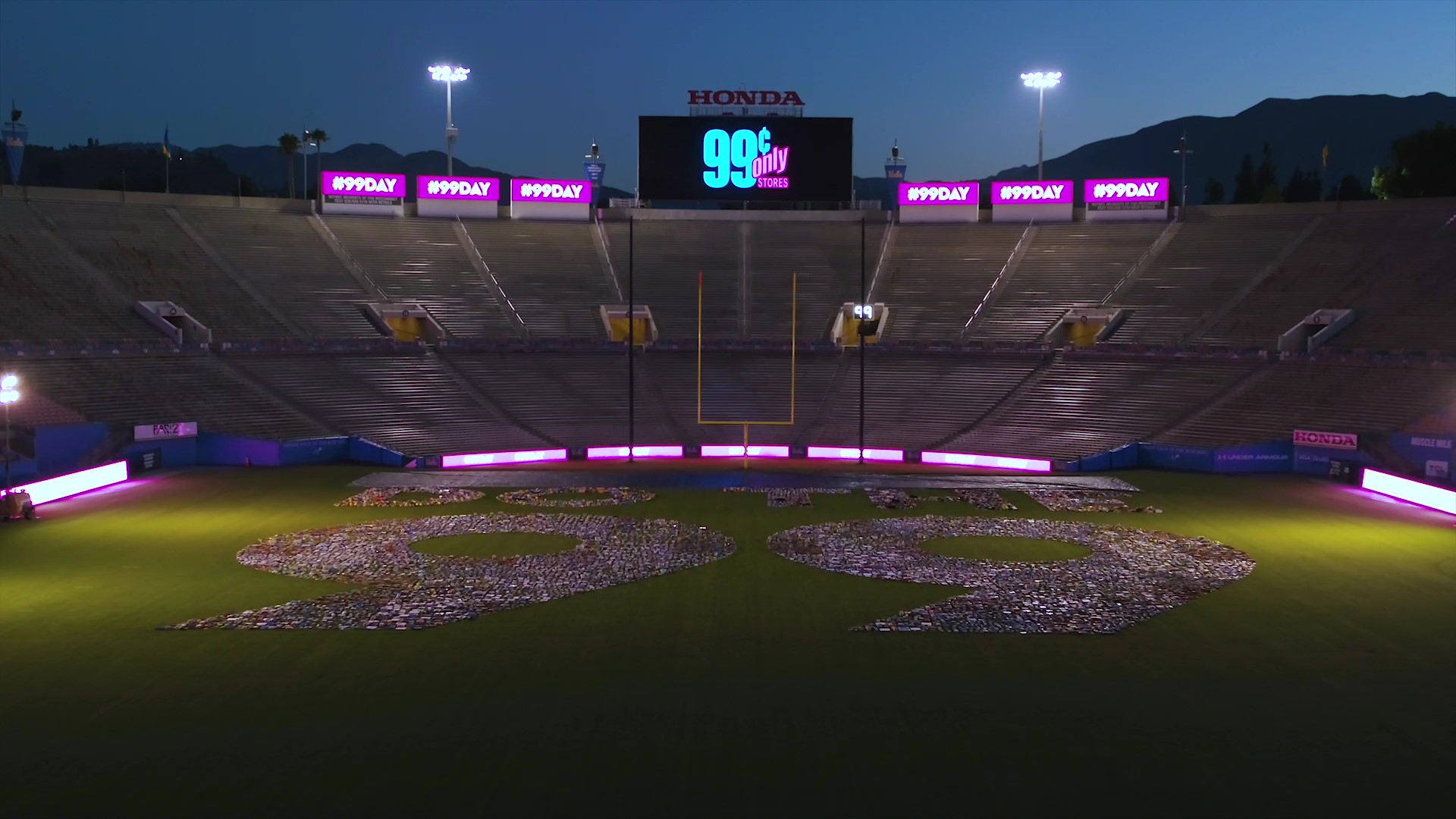 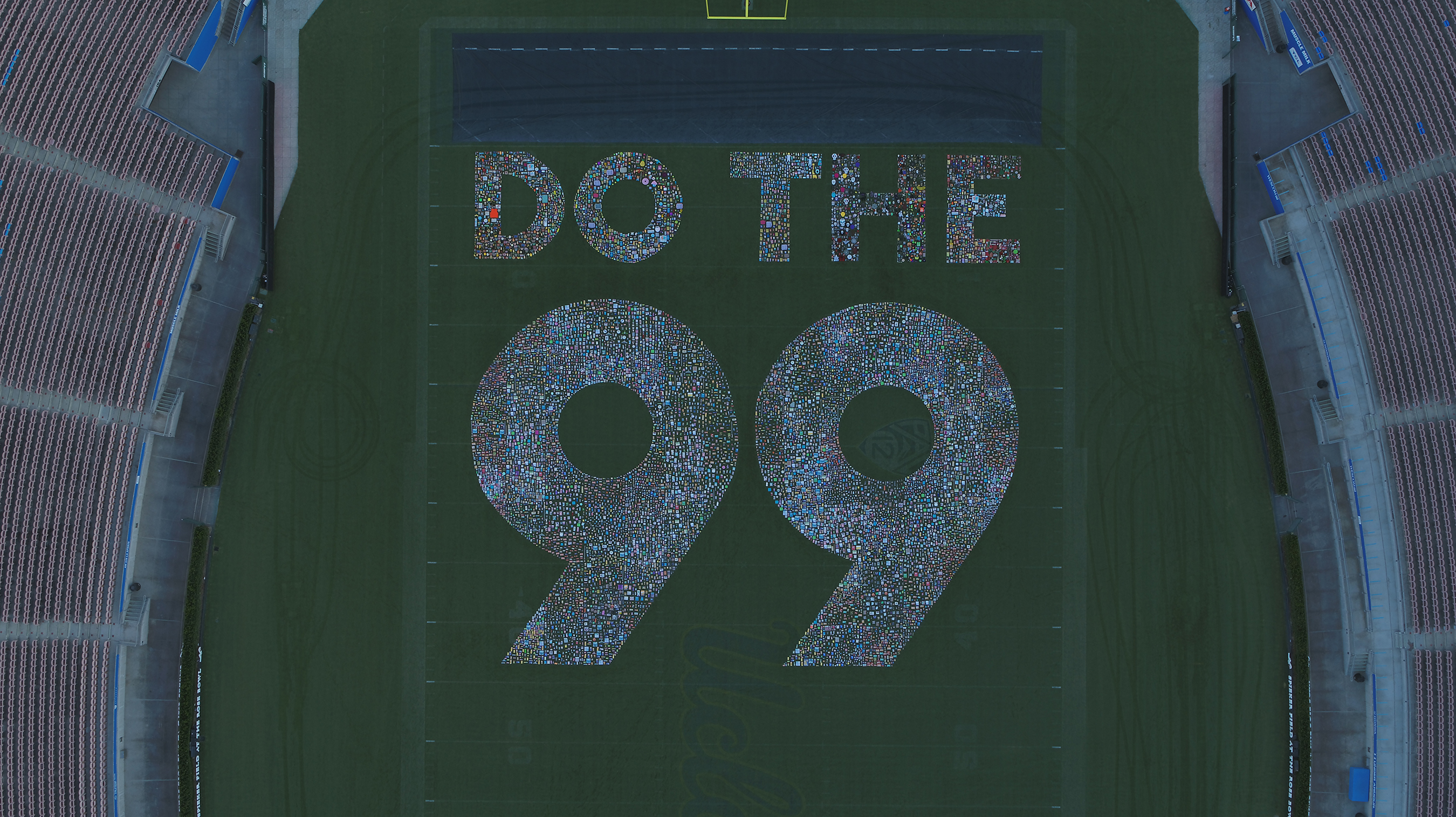 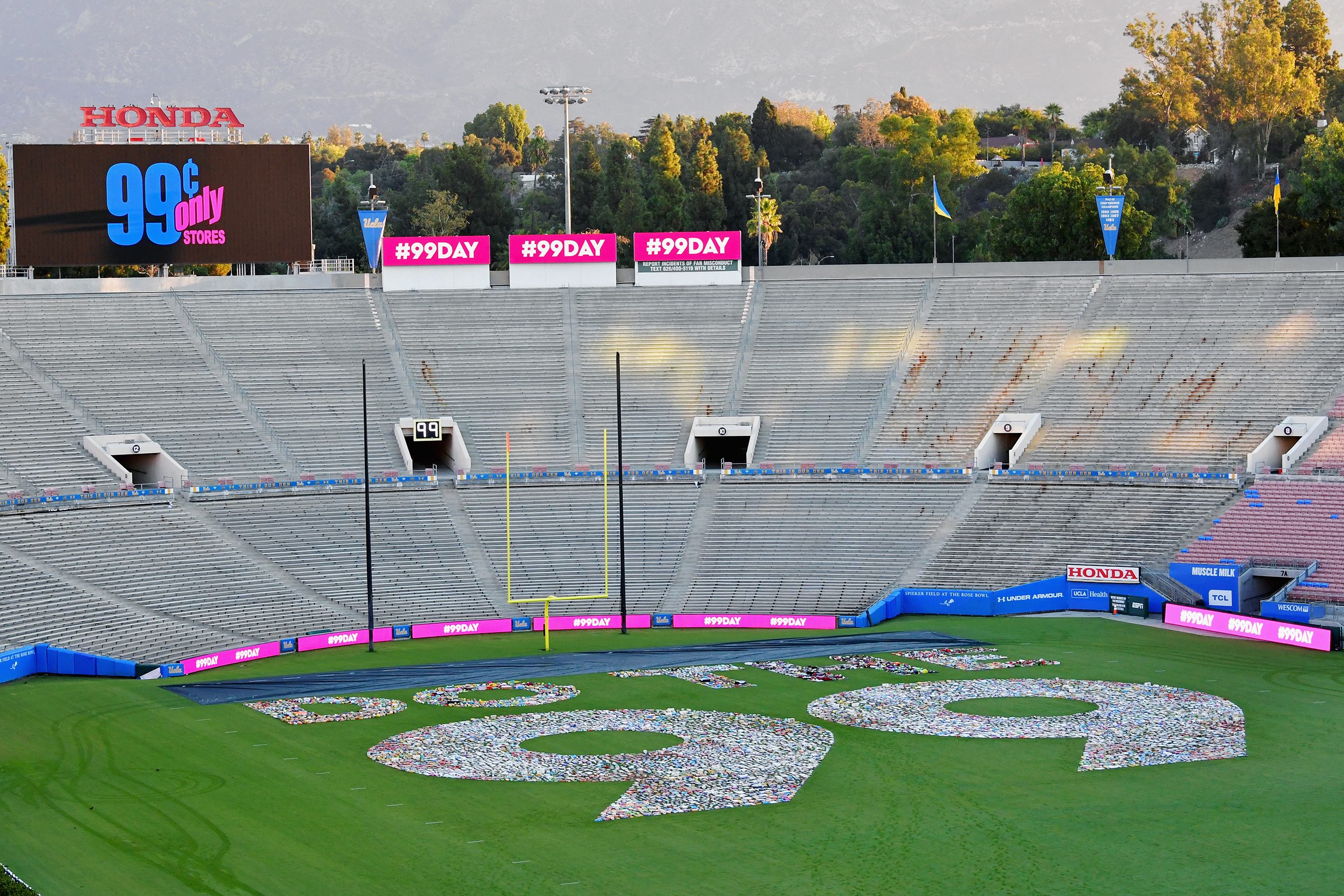 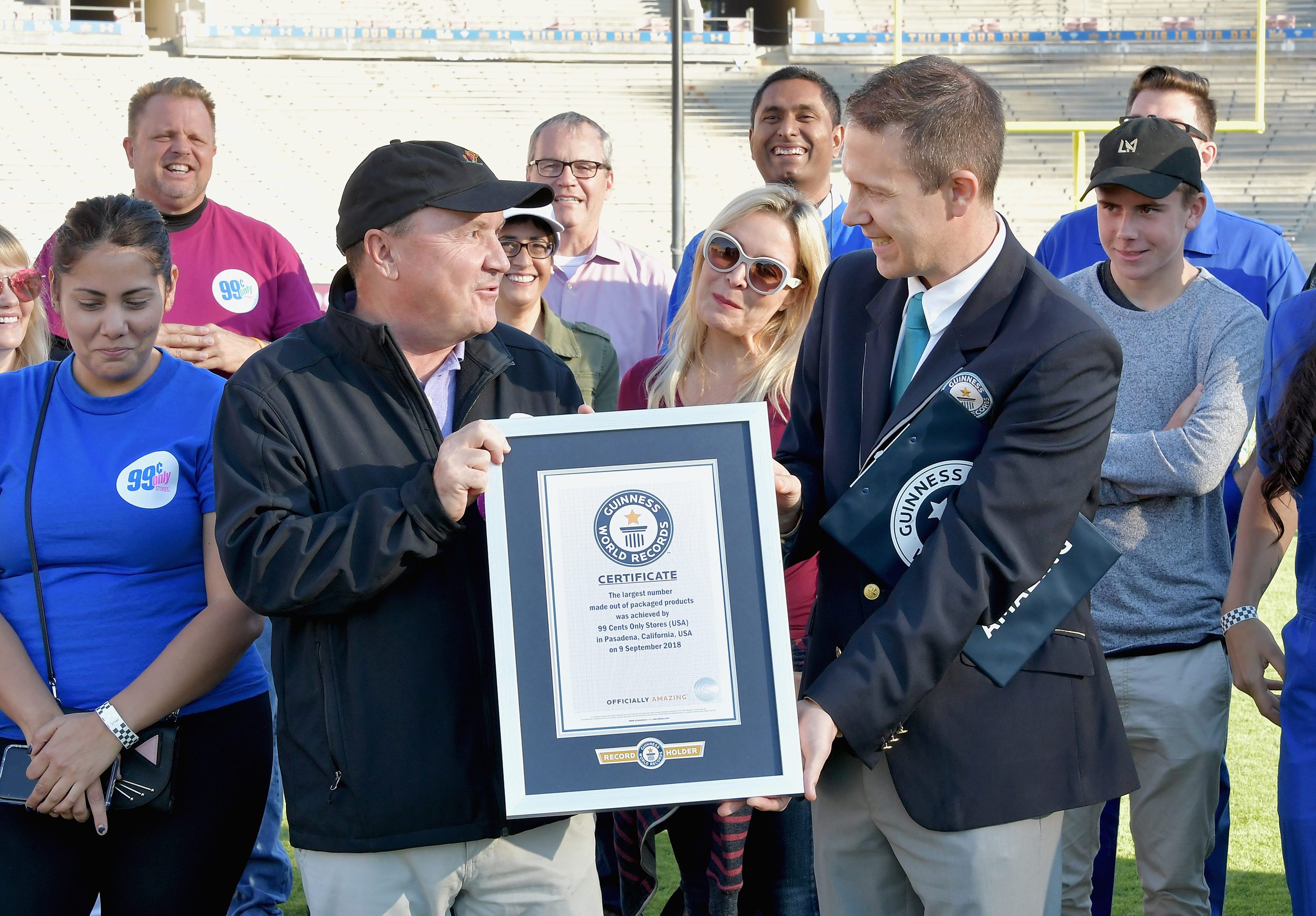 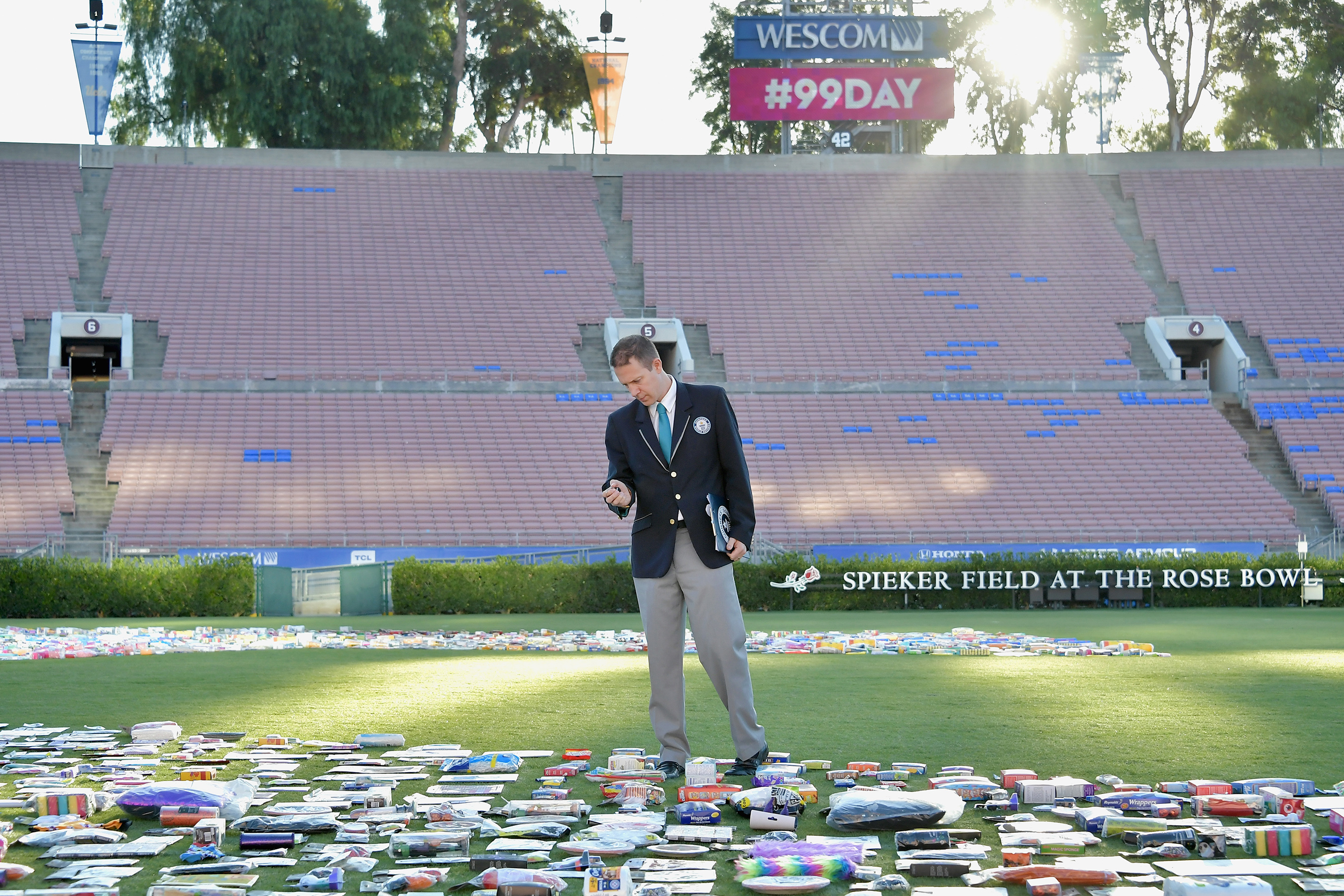 "We wanted to showcase the types of brand names, fresh produce, and seasonal products available at the 99 in a big way – and what bigger way is there than setting a GUINNESS WORLD RECORDS title," said Jack Sinclair, CEO of 99 Cents Only Stores. "Everyone deserves extreme value and we're thrilled to be part of this unique occasion, giving back to the community, and celebrating our customers."

The Officially Amazing™ display included the wide range of merchandise available at the 99 Cents Only Stores, such as cleaning supplies, home goods, pet food, snacks, drinks, cosmetics and more. To set the bar even higher, 99 Cents Only Stores also added 2,500 products to create their well-known slogan "Do the 99" (added products not included in the GUINNESS WORLD RECORDS title attempt).

To make sure the items were put to good use, all $20,000 worth of product was donated to the LA Food Bank, School on Wheels, Alleviate Skid Row, the Los Angeles Boys and Girls Club and Goodwill Southern California after the successful completion of the GUINNESS WORLD RECORDS title attempt.

Please visit Dothe99.com/99Day to learn more about how the 99 Cents Only Stores celebrated #99Day.

99 Cents Only Stores offers a broad assortment of name brand and other attractively priced merchandise and compelling seasonal product offerings.

Guinness World Records' worldwide television programmes reach over 750 million viewers annually and more than 3.3 million people subscribe to the GWR YouTube channel, which enjoys more than 450 million views per year. The GWR website receives over 19.9 million visitors annually, and we have over 15 million fans on Facebook.

The Guinness World Records commercial sales division provides customized consultancy services for some of the world's top brands and agencies to help place record breaking at the heart of their marketing campaigns, employee-engagement programmes, and live and experiential events.