The registered nurse, who goes by A.J., has been an emergency medical services instructor at Lorain County Community College in Elyria, Ohio for the past four years. But today she's leaving her home – a state that's emerged as a leader in slowing the spread of the coronavirus – and heading into the nation's epicenter of the pandemic. She'll spend six weeks working in a temporary hospital caring for patients suffering from COVID-19. 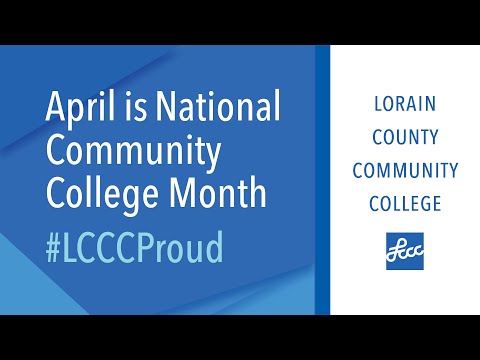 A.J. knows she can help. She has been an EMT and paramedic for 11 years, worked in a hospital emergency room, and is ventilator trained and A.C.L.S. certified.

And she has her husband's unwavering support. Jeremy Gray, a Lorain Police Department detective, spent four years in the Marine Corps and compared what A.J. is doing to his response to the aftermath of Hurricane Katrina. He told her it was an experience he'll never forget.

"A.J. is a remarkable woman," Jeremy said. "As I watched her prepare to leave for New York, I realized that I have never been more proud to be her husband."

Jeremy talked about how A.J. has always served her community and now, she'll serve from afar in New York City. He knows she'll be a great asset for those she serves.

A.J. knows that, too. But just under a year ago, she couldn't bring herself to be in an ambulance.

It was August 2019 and her stepson Gage had just turned 11. He liked baseball and basketball, art projects and family movie nights. A.J. had met Gage's dad when Gage was four and she loved Gage with a mother's love ever since. He was everything to her.

When A.J. landed her job teaching EMT courses at Lorain County Community College in 2016 – a welcome change from working as a full-time paramedic with 24-hour shifts – Gage was the first person she told.

A.J. remembered how happy Gage was. "He said, 'Does this mean you'll be able to come to all of my basketball games now?'"

But Gage's life was cut short.

While vacationing at a lake house, Gage woke up complaining of a headache. Just ten minutes later, he was unresponsive. A.J. rode with him in the ambulance and worked with the EMTs to resuscitate him.

"But unfortunately, he didn't wake up after that," A.J. said.

Gage had an Arterial Venous Malformation – when an artery and vein intertwine in the brain. He was born with it and there were no symptoms until it ruptured. Gage's was on one of the main cerebral arteries, so when it ruptured it caused a massive brain bleed.

No one could have saved Gage that tragic day. But A.J. couldn't bear the thought that she couldn't.

A.J. kept teaching while she grieved. She had a knack for taking complex subjects and simplifying them in ways her students could understand. And now more than ever, she wanted the best EMTs in her community.

"So many of our EMT graduates go on to work in Elyria and Lorain," A.J. said. "They could be treating my family members, a friend. I want highly trained professionals out there, so anything I can do to help that I view as an honor."

It was easy to walk back into her classroom. But it took months until she could be in an ambulance. She was still a volunteer firefighter and paramedic in Medina County and couldn't fathom how she was going to return to that job.

"It was really hard at first. About two months after the incident I just sat in an empty ambulance with my friend, just trying to get comfortable in it," A.J. said.

Then she started to respond to a few emergency calls. But she always made sure there would be another EMT on the call in case she felt any anxiety. And A.J. was selective about the calls she'd respond to; she only took the calls that, at least on the surface, seemed routine.

Then she got the call that helped heal her heart.

It was December and A.J. responded to a call from a neighboring fire department. A woman had fallen and they needed one more EMT to transport the patient to the hospital. It sounded routine and the patient was in the township A.J. lived in. She knew exactly where to go and was the only paramedic on the scene.

But the woman hadn't only fallen. She was dying.

"The patient had a heart condition and was actively dying. And I had the opportunity to save her life," A.J. said.

A.J. did save that woman's life. She administered medication to reverse her lethal heart arrhythmia. The woman spent Christmas with her family.

And something inside A.J. changed that day.

"That one call for me was really healing," A.J. said. "It put me in a situation that was similar to Gage. I was in a different ambulance, working with medical professionals that I didn't know, and I was forced to make decisions to save somebody. And that person got to live."

A.J. couldn't save Gage, but she could save others.

Today A.J. has the chance to save lives again. This time in a city whose citizens – including her own family members – are in dire need of help. She said made the choice to go rather quickly, calling it "a spur-of-the-moment decision that just took off."

"I told my husband one day, I should go to New York City and work as a nurse. And he said, 'You should.'"

A.J. gave herself a day to think about it and decided to apply and see what happened. She got a call with a job offer the next day.

The recruiter said the federal government is sending nurses to three locations and A.J. expects to be in Brooklyn. She has no idea what the first day will be like, but has been told to anticipate a warzone like environment.

"I'm preparing for the worst. If I do that, then I'll be prepared or I'll be over prepared," she said.

She's bringing all her own personal protective equipment, including N95 masks that are in such shortage, to cover herself for every shift in the six weeks she'll be there.

She's also taking with her a small sense of fear.

"I think that a little fear is a good thing. Then you're constantly thinking about what you can do to stay safe."

A.J. said she's used to preparing for the unexpected and putting herself on the frontline of emergencies. Every call she responded to as a firefighter and EMT has helped prepared her for this.

"Whenever you're on a scene, you never know what you're going to be walking into. You always need to be thinking what I can do to keep myself safe?"

But staying safe isn't her greatest fear. What worries A.J. most is missing home.

In Ohio at heart

A big part of A.J.'s home life is her connection with students in the paramedic courses she teaches. She gradated from LCCC's healtcare programs, earning her paramedic certificate in 2009 and her associate degree in nursing in 2015. A.J. chose LCCC because she knew it offered high quality healthcare programs. And she's committed to doing her part to maintain the college's reputation – now as an instructor – while she's gone. In preparation of her journey, A.J. recorded the rest of the semester's lectures for her students. So while she's saving lives fighting the coronavirus in New York, she'll still be helping to shape the next generation of paramedics.

"A.J. is a powerful role model for her students. She's made the decision to go to the frontlines of the pandemic in the U.S., and also found a way to stay connected to her students. She is a true hero," said LCCC president Marcia J. Ballinger, Ph.D.

Her coworkers, who she says are more like family, are ready to support her wherever the need arises. Dawn Sgro, coordinator of LCCC's paramedic program, will help monitor A.J.'s students' progress. Dawn said she's not surprised by what A.J. is doing.

"A.J. is drawn to serve in general, but I believe that she was particularly drawn to help in New York City because of her family there and it was a special vacation spot for her and Gage," Dawn said.

To offer some comfort while she's away, A.J.'s LCCC family collected cookies for care packages that they hope will remind A.J. she has people at home thinking about her and waiting for her safe return.

A safe return for A.J. is something her parents will be hoping for every day. A.J. said her decision to go was hard for them to accept, but they understand why she needs to go. She admitted that worrying about her is nothing new for her parents. A.J. has spent most of her adult life as a first responder – helping others by putting herself in harm's way.

"I'm probably responsible for every gray hair on my mom's head," she said. "But they are proud of me."

And A.J. said she is proud of the state she's leaving behind for now and hopes Ohioans continue to do their part to help her get back home.

"Together we have helped slow down the virus in Ohio and our communities, and flatten that curve," A.J. said. "Keep it up; stay at home. The quicker this virus is under control, the sooner I can come home."

She leaves today, but in her still-healing heart, she's not leaving alone. She doesn't go anywhere alone.

"I think Gage will be with me. He's with me everywhere I go."

Established in 1963, Lorain County Community College is the first community college in Ohio with a permanent campus.  For nearly six decades, LCCC has served the diverse needs of the greater Lorain County region by providing affordable access to higher education and now serves 15,000 students each year at the associate degree level, 3,000 through its innovative University Partnership and thousands more in workforce development programs partnering with area employers.  LCCC's College Credit Plus program is a leader in the state with 43% of 2019 Lorain County high school graduates earning some college credit from LCCC upon high school graduation, saving families $6.5 million in college costs.  LCCC is also the first community college in Ohio to be authorized to deliver an Applied Bachelor's Degree in Microelectronic Manufacturing.  In 2018, the American Association of Community College recognized LCCC as the Top Community College for Excellence in Student Success.