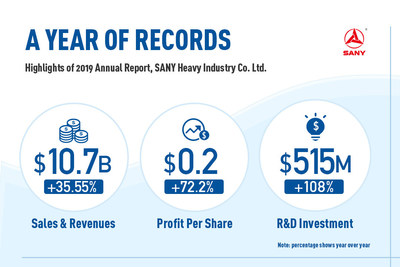 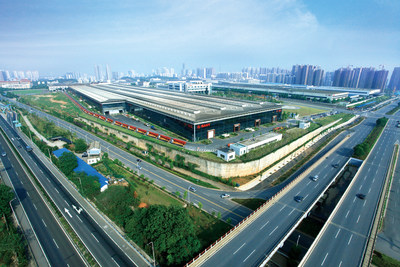 Remarkable results in R&D and innovationAt the end of 2019, SANY had applied for 9,151 patents, 7,298 of which were granted —ranking number one in the industry in China on both counts. SANY actively facilitated its R&D, launching a number of innovative, highly competitive products including its H-series excavators represented by SY550H, 55t T-series crane trucks, and YM5440THBV 620C-10A concrete pump trucks. SANY also holds the leading industry position for smart product development, and made breakthroughs in its unmanned pavement builders cluster.

Moving forward, SANY remains committed to its motto, "Quality changes the world". SANY will spare no effort to increase value for customers through its brand, products, marketing, and service, and will continue to defend its position in the highly competitive international market. All SANY executives and employees will continue making arduous efforts to build SANY into a world-class leader in the manufacturing industry.