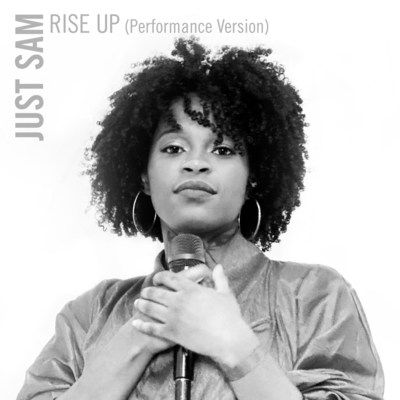 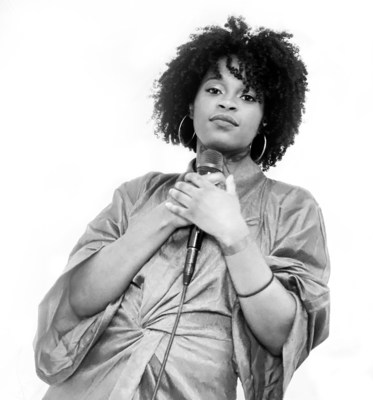 Hailing from Harlem, NY, 21-year-old Just Sam was busking on the subways of New York and singing car to car before she found herself auditioning for American Idol.  At the tender age of six, Just Sam was adopted by her grandmother, Elizabeth, with whom she shares an unbreakable bond.  Knowing she had a passion for music and wanting to help her grandmother pay the bills, Just Sam started busking in middle school and ultimately found her calling as a versatile chanteuse.  Growing up a tomboy, Sam frequently changed her style.  So much so that in high school, her classmates didn't know how to categorize her.  She wasn't a girl, she wasn't a boy, she was Just Sam.

Throughout the season, Just Sam has shown both her vulnerability and fearlessness in her songs and interviews.  Her soaring emotional dedications to her grandmother, such as "Believe" (American Idol alumnus Fantasia) left nary a dry eye, while surprise choices like "Como La Flor" (Selena Quintanilla) demonstrated her fearless metamorphosis into a superstar.  In her finale moment, singing a heartfelt rendition of "Rise Up" (Andra Day), Just Sam rose to the top and took the crown.

Just Sam's song, "Rise Up," is available now wherever you stream music here.

"American Idol," the iconic series that revolutionized the television landscape by pioneering the music competition genre, returned to airwaves at its new home on The ABC Television Network for a third season.  Helping to determine who America will ultimately vote for to become the next singing sensation are music industry forces and superstar judges Luke Bryan, Katy Perry and Lionel Richie.  Emmy Award-winning host and producer Ryan Seacrest retuned as host of the beloved series, and famed multimedia personality Bobby Bones continued his role as in-house mentor.  "American Idol" is produced by Fremantle and Industrial's 19 Entertainment.  Executive producers include Fremantle's Trish Kinane, also serving as showrunner, Jennifer Mullin, Megan Wolflick, with Eli Holzman and Aaron Saidman serving as executive producers for 19 Entertainment.  Fremantle distributes the series worldwide.

Industrial Media is an independent production group launched with the acquisition of The Intellectual Property Company (IPC) by the reorganized companies of CORE Media Group. Through its work with well-established industry leaders, including ownership interests in Sharp Entertainment, IPC, and B17 Entertainment, and partnerships with Radicle Act, the Company creates and produces multi-platform programming of various genres for audiences worldwide. Industrial Media companies currently produce over 50 series across 35 networks annually. Key programs include the global hit "American Idol" co-produced by 19 Entertainment for ABC and "So You Think You Can Dance," co-produced by 19 Entertainment for Fox, Sharp Entertainment's "90 Day Fiancé" franchise for TLC and The Intellectual Property Corporation's Emmy®-winning hit documentary series "Leah Remini: Scientology & the Aftermath" for A&E. Additionally, Industrial Media's 19 Recordings has launched the music careers of platinum artists including Kelly Clarkson, Carrie Underwood, Daughtry, Phillip Phillips, Lauren Alaina; and more recently, "American Idol" winners Maddie Poppe and Laine Hardy along with prior contestants such as Gabby Barrett, scarypoolparty and Laci Kaye Booth. Industrial Media is backed by the private equity firm Crestview Partners, BlackRock Asset Management, and the United Talent Agency. For more details, visit www.industrial-media.com.