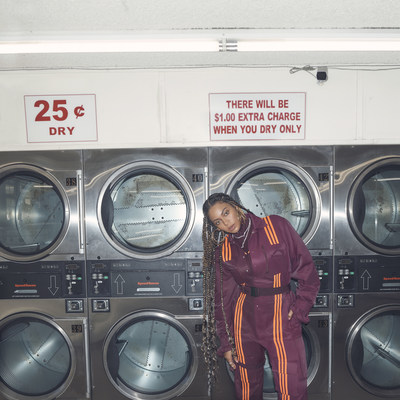 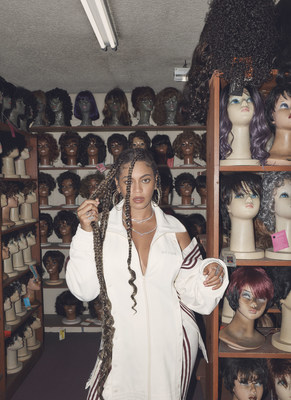 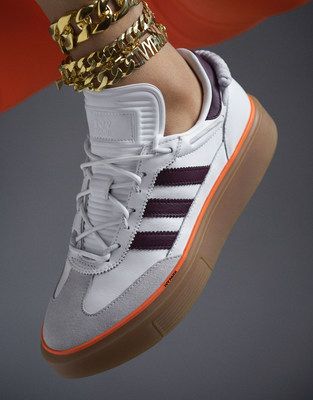 Beyoncé, one of the most celebrated visionaries of our time, has united with adidas, to design a collection that combines fashion and storytelling in an unprecedented way. This unique relationship champions the values of inclusivity, community and diversity and will take consumers on an unconventional journey starting with this capsule collection for Spring '20. The partnership respects Beyoncé's ownership of IVY PARK, and continues her journey as one of the first black women to be the sole owner of an athleisure brand.

"It is a dream come true to re-launch IVY PARK as the sole owner," said Beyoncé. "My team has worked hard with the adidas team in bringing my vision to life for this first collection and I am grateful and proud. From the accessories to the clothes and footwear, I wanted to design and re-imagine pieces that serve as favorite armor for anyone who acknowledges the strength in their individual style and lives freely and boldly."

Featuring the first-ever release of IVY PARK footwear and a powerful array of stylish and functional performance gear that includes gender-neutral apparel and accessories, the launch capsule collection of adidas x IVY PARK celebrates power, freedom and individuality for anyone who has the confidence to take chances and live unapologetically.

The collection's color palette boasts the vivid colors of solar orange and maroon with cream that makes a statement as bold as the wearer. Styles illustrate a work ethic as relentless and innovative as that of its creator. Items are multi-purpose with layers built into several pieces that equip the wearer with the tools they need to be creative and get their work done, whether on the field, or on the street. Utilitarian jumpsuit, cargo pants and hoodie and cycling shorts reinforce the attitude. Asymmetry is seen in a dress and coat, and harness detailing appears throughout the collection, whether as straps on a sports bra, bag or backpack.

"adidas is the creator's brand and has always championed the creative mindset," said Torben Schumacher, General Manager adidas Originals and Style.  "With Beyoncé we have the shared goal of putting creativity at the forefront of everything we do to go beyond what we've done before and create something entirely new. The first adidas x IVY PARK collection unites the vision of Beyoncé with adidas' expertise and authenticity in sport and innovative design; the undeniable work ethic and steadfast point of view of Beyoncé shows through in every detail within the collection."

Historically, adidas has paved the way in collaborating with artists to bring their vision of design and style to life.  Beyoncé's proven ability to tell a story and entice the consumer to follow her to unchartered territories is best-in-class. With this specific collaboration, the brand pushes boundaries and explores unexpected lanes in partnering with one of the most impactful storytellers of the 21st century.

The collection is available starting January 18, 2020 online @adidas.com and in select stores. Items are currently available in sizes XS – XL.  Prices range from $25 for accessories to $250 for outerwear.

About adidas adidas is a global leader in the sporting goods industry with the core brands adidas and Reebok. Headquartered in Herzogenaurach/Germany, the company employs 57,000 people across the globe and generated sales of around € 22 billion in 2018.

About Parkwood Entertainment  Parkwood Entertainment is a film and production company, record label and management firm founded by entertainer and entrepreneur, Beyoncé in 2010.  With offices in Los Angeles and New York City, the company houses departments in music, film, video, live performances and concert production, management, business development, marketing, digital, creative, philanthropy, and publicity.  Under its original name, Parkwood Pictures, the company released the film Cadillac Records (2008), in which Beyoncé starred and co-produced. The company has also released the film Obsessed (2009), with Beyoncé as star and executive producer, the winner of the Peabody Award for Entertainment, Lemonade (2017), and the Emmy®-nominated Homecoming: A Film By Beyoncé (2019), which documents Beyoncé's history-making performance at the Coachella Valley Music & Arts Festival in 2018. Parkwood Entertainment produced The Mrs. Carter Show World Tour (2013-2014), The Formation World Tour (2016), and the aforementioned "Homecoming" performances at Coachella (2018), and co-produced the ON THE RUN TOUR (2014) and ON THE RUN II (2018).