Davido gives a glimpse into his creative process behind the making of his most recent album 'A Better Time', as part of the Routes of Inspiration series

LONDON, Oct. 20, 2020 /PRNewswire/ -- A new, exclusive film from Afrobeats artist, Davido, shares unique moments of inspiration, in partnership with Vype, ahead of the release of the artist's new album 'A Better Time' which launches on 30th October.

The film, which is available exclusively on Vype YouTube, follows Davido, who was born in Atlanta, USA but raised in Lagos, in his hunt for inspiration as he heads back home to Lagos, Nigeria to create his new album. The exclusive content is part of Routes of Inspiration, a series by Vype that explores how inspiration comes to professionals within the creative world. For Davido, his hometown Lagos is his route of inspiration. Following the cancellation of live entertainment events around the world, the campaign was created to give artists and fans a new way to connect. Fans can also visit Vype Instagram for the chance to win must-have merchandise as part of the exclusive media partnership with COMPLEX.

The film follows Davido's creative process, including writing and recording some of the biggest songs in his new album. In the exclusive content, Davido reveals his inspiration is heavily influenced by his surroundings, whether that be friends, family or the wider Lagos community. The film features Davido with friends and family, as well as album collaborators such as Nas and Mayorkun

Davido shares how his new album came about; "The pandemic had a lot to do with it because I was on tour, which I had to stop. If I was on tour, I'm not sure I would've had time to really record but being in Lagos, at home, I was recording and recording so many songs and it ended up being really good. It took about two or three months but when I first started recording it, I had no plan, I just wanted to have fun with it."

Routes of Inspiration features intimate conversations with artists and musicians about how they find inspiration with a series of intimate live music shows. Sharing experiences and playing songs of resilience and hope, this free series is designed to inspire creative ways to connect while at home. The first series of performances launched in March, shortly after lockdown restrictions were imposed worldwide, reaching over 350,000 fans from across the globe.

Davido has become a chart-topping Afrobeats artist, with his breakout hit 'Fall' spending a record 21 weeks on Billboard's Mainstream R&B/HipHop chart, as well as being the most viewed Nigerian track ever on YouTube with 170M views and counting. Davido has won over 30 awards internationally, including two MTV European Music Awards and is the first African artist to sell out the O2 London (where he was introduced onstage by Idris Elba).

The film comes ahead of the release of Davido's new album 'A Better Time'. "Being able to see Davido's creative thinking behind his album is inspiring in itself. We feel privileged to have been able to work with Davido on this and we hope it paves the way for more artists to take the lead and show their Routes of Inspiration" says Elly Criticou, Vapour Category Director, BAT.

The full Routes of Inspiration film can be watched on Vype's YouTube channel here, Vype's Instagram @Vype_worldwide and via selected media partners on Complex.com.

For more information on the products or for images, please contact:

About British American Tobacco: British American Tobacco Group (BAT) is one of the world's leading, multi-category consumer goods organizations, that provides tobacco and nicotine products to millions of consumers around the world. It employs over 55,000 people, with market leadership in over 55 countries and factories in 48. Its Strategic Portfolio is made up of its global cigarette brands and an increasing range of potentially reduced-risk products, comprising vapour and tobacco heating products, as well as traditional and modern oral products. 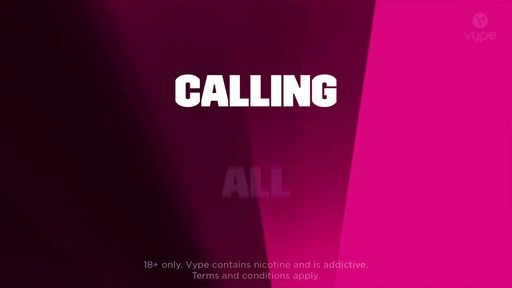