NEW YORK, Oct. 21, 2019 /PRNewswire/ -- In celebration of Dia de los Muertos, The Infatuation is bringing one of Mexico City's best restaurants, Nicos, to New York City for a special weekend of dining experiences featuring specialty cocktails from Tequila Don Julio. This marks the first time that Nicos, who has been delivering celebrated traditional Mexican food in Mexico City since 1957, will bring their restaurant to New York.

The three-day Dia de los Muertos pop-up will be located at 163 Mercer Street in Manhattan from November 1st - 3rd and guests can expect: 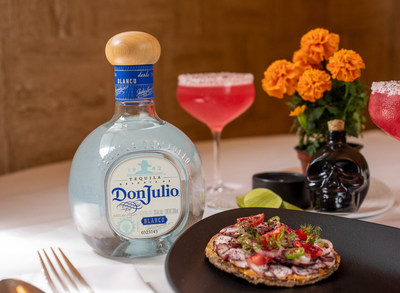 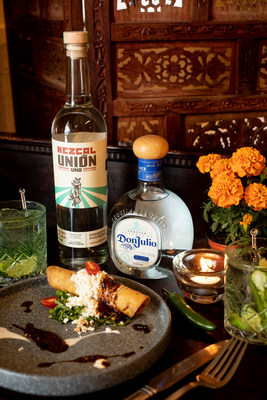 "We're honored to bring Nicos to New York City and recreate some of our favorite Mexican dishes alongside specialty Tequila Don Julio cocktails," shares owner and executive chef Gerardo Vázquez Lugo, "I took over the restaurant from my parents in 1996 and have enjoyed carrying on their legacy, and can't wait to celebrate with our friends at Infatuation in New York during the ancient Dia de los Muertos holiday, a meaningful and authentic part of our culture."

Tickets for the restaurant reservations on Friday, Saturday and Sunday November 1st – 3rd are available through SplashThat. The pop-up is open to the public on Friday and Saturday, November 1st and 2nd from 12-4pm. Must be 21+ to attend. Please drink responsibly.

About The InfatuationFounded in 2009 in New York City by longtime music industry executives Chris Stang and Andrew Steinthal, The Infatuation has developed into one of the most innovative restaurant discovery platforms in the world. The company now covers more than two dozen global cities with a new unique approach to creating and delivering restaurant reviews and guides via its prolific web and social media presence, useful mobile apps, large and influential email newsletter, and its popular SMS-based recommendation platform, Text Rex. The company also hosts and produces more than 50 community events annually, including its large-scale food festival, EEEEEATSCON. In March of 2018, The Infatuation acquired legendary restaurant review brand, Zagat.

About Gerardo Vázquez Lugo, Owner and Executive Chef at NicosA native of Mexico City, Gerardo Vázquez Lugo is an architect by profession, but he abandoned his promising career to pursue his true passion: traditional Mexican cuisine. Vázquez Lugo inherited his love of cooking from his parents, Raymundo Vázquez and María Elena Lugo Zermeño, who opened their popular Mexico City restaurant, Nicos, in 1957.  He completed his culinary studies twenty-five years ago at the Institute of Culinary Culture (CUCUL), where he obtained honorable mention in the Diploma of Restaurant Management, under the tutelage of the renowned chefs Alicia Gironella and Giorgio De'Angeli, authors of the Larousse of Mexican Cuisine.  In 1996, Vázquez Lugo was named executive chef of Nicos, and since then, has worked alongside his mother to preserve Mexican heritage through traditional home cooking.

Today, Nicos cuisine is attached to the precepts of the Slow Food world movement, of which Vázquez Lugo is one of its promoters in Mexico: a cleaner kitchen, socially responsible and above all fair and equitable.  Since 2015, Nicos has been named one of Latin America's "50 Best Restaurants."  In 2018, Vázquez Lugo and his mother celebrated the restaurant's 60th anniversary and received The Diners Club Lifetime Achievement Award 2018 for their joint contribution to Mexican cuisine. In 2019 Nicos is the number 31 on Latin America's 50 Best Restaurants list.