DALLAS, July 2, 2019 /PRNewswire/ -- The American Gem Trade Association (AGTA) is pleased to announce the celebrities for the 2019 AGTA Spectrum Awards™ winning collection photoshoot. The 2019 celebrities confirmed to headline are Roselyn Sanchez and Janel Parrish. Taking place in Los Angeles, California in August, this industry-unique event follows the AGTA Spectrum Awards™ competition, North America's premier colored gemstone and cultured pearl jewelry design competition. "We are thrilled that Ms. Sanchez and Ms. Parrish have agreed to showcase our winning AGTA Spectrum Awards™ designs this year," said Douglas K. Hucker, AGTA CEO. "We're especially excited that these two are generously donating their time, as their participation greatly benefits our competition, but even more importantly, it's a benefit to the charities closest to their hearts." This year's photo shoot will be shot by prominent photographer, Brian Bowen Smith, and will be produced and styled by fashion expert, Tod Hallman of THPFashion, Inc. 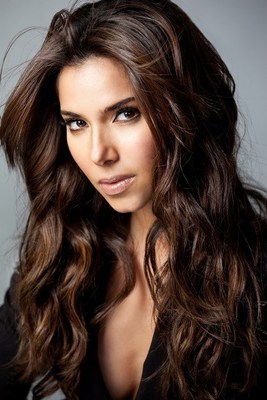 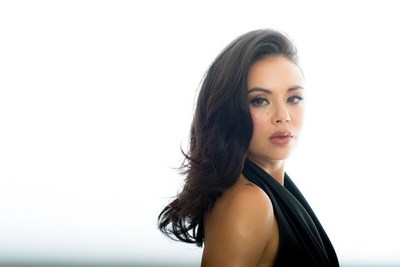 Roselyn starred in Marc Cherry's hit Lifetime series "Devious Maids" in which she played 'Carmen Luna,' a sensual & conniving maid to a Latin pop star looking to establish her place in the music industry as a professional singer. Produced by Eva Longoria, the show completed its fourth and final season.

This April Roselyn can be seen starring in the indie thriller "Traffik", alongside Paula Patton, Omar Epps and William Fichtner, which will have a wide theatrical release.  She also played the lead in "Death of a Vegas Showgirl", a Lifetime movie released in 2016 that she produced.  In 2012 Roselyn was featured in Relativity Media's action thriller, "Act of Valor", which opened at #1. She appeared opposite Dwayne Johnson in "The Game Plan" for Disney, which also opened at #1 in 2007. Earlier that year Roselyn played the lead opposite Bill Duke in "Yellow", a passion project that she also wrote and produced.

In 2014 Roselyn starred in the extremely successful Fox International Colombian series "Familia En Venta", and now she will be executive producing an American version for FOX.  She also had a major role as 'Elena Delgado' on the hit CBS television series "Without a Trace" from 2005 till 2009.  This led to her first ALMA award win in 2008.

Sanchez's other films include: starring opposite Cuba Gooding Jr. in the romantic comedy "Boat Trip"; starring opposite John Travolta, Sam Jackson and Giovanni Ribisi in "Basic", directed by John McTiernan for Sony Pictures and the Forest Whitaker produced film "Chasing Papi", a romantic comedy for FOX 2000.  She also starred in the independent film "Nightstalker" that is loosely based on the Richard Ramirez killings in California during the 1980s.  "Nightstalker" received its world premiere at the 2003 Sundance Film Festival, "Underclassman" for Miramax starring opposite Nick Cannon and "Edison" starring opposite Justin Timberlake, Morgan Freeman, LL Cool J and Kevin Spacey, playing the love interest of LL Cool J.

After conquering the big screen, Roselyn set her sights on another dream of hers.  In 2003, she released her debut album entitled "Borinqueńa."  She was nominated for a Latin Grammy for Best Music Video for the single "Amor Amor," which she also performed at the 2004 Latin Grammy ceremony. Roselyn was a co-host at the 2014 Billboard Latin Music Awards as well as a presenter at the 2014 Latin Grammy's.

Sanchez is also an entrepreneur. She is a business partner and spokesperson for the PETA organization participating in their highly successful "I'd Rather Go Naked Than Wear Fur" campaign.  The ad was released in both Spanish and English markets. In addition, Roselyn is the first Hispanic ambassador for Operation Smile.

Roselyn devotes her time to charity work organizing a unique scavenger-hunt competition benefiting PETSOS, a non-profit to end the suffering of displaced dogs and cats in Puerto Rico. A couple years ago Sanchez organized a triathlon called the Triathlon For A Smile that benefited the San Jorge Children's Foundation and the Fundación Caritas Alegres. Both events took place in Puerto Rico and were attended and supported by many of her celebrity friends

Sanchez and her husband Eric reside in Studio City with their daughter, Sebella, and son, Dylan.

Born in Hawaii, Janel started her career with a love for music. She entered and won a state-wide singing contest at age 6 and soon followed that with being cast in the National Touring Company and Broadway Company of "Les Miserables" as Little Cosette. It wasn't long before Janel's Broadway experience and recognition led her to acting auditions in Hollywood. While studying acting, Janel continued to train vocally, eventually adding piano to her repertoire. She also began writing her own music, which led to becoming the lead singer in a 3 girl pop group called "Impulse" as well as a recording deal with Geffen Records.

For seven seasons Janel was seen on Tuesday nights appearing as "Mona" in the top-rated Freeform TV series, "Pretty Little Liars." For her role she won the "Choice TV Villain" award at the 2012, 2013, 2016 and 2017 Teen Choice Awards as well as a TV Guide Award nomination. In 2014 she finished in 3rd place on the 19th edition of the hit ABC show "Dancing with the Stars".  Her love of musical theater also remains. In 2012 Parrish returned to her theater stage roots in Over the Moon Productions' intimate presentation of the Tony Award-winning Broadway musical "Spring Awakening" as Anna. In 2014 and 2015 she hit the stage in "Cruel Intentions", "For the Record: Baz Luhrmann" as well as "For the Record: Tarantino." And in 2017 she starred in the Toronto stage revival of "Grease". Other television credits include "Rush Hour", "Mysteries of Laura", "Drop Dead Diva," "Hawaii Five-O," "Heroes", "Gepetto," "Baywatch," "The O'Keefe's," "The Bernie Mac Show," "Zoey 101," "True Jackson, VP," and "The O.C." She has also graced the big screen starring in feature films such as "Bratz: The Movie," "One Kine Day" , "Knots" and in 2018 was seen in the Netflix hit "To All The Boys I've Loved Before" and  the feature film "Tiger."

Janel can now be seen in the Pretty Little Liars spinoff "Pretty Little Liars: The Perfectionists" which will premiered in 2019. She will also appear in the sequel to the Netflix Summer hit 'To All The Boys I've Loved Before."

About the AGTA Spectrum Awards™ CompetitionThe AGTA Spectrum Awards™ competition has, for 35 years, recognized distinctive jewelry design which incorporates colored gemstones and cultured pearls, along with the Cutting Edge™ competition, which highlights extraordinary gemstone cutting and carving. Awards for jewelry design are presented in five categories: Bridal, Classical, Business/Day Wear, Evening Wear and Men's. Additional Spectrum Awards are sponsored by Platinum Guild International (Platinum Honors™) and the Women's Jewelry Association (Gem DIVA™). Almost 500 entries, received from across the U.S. and Canada, will be judged during this year's competition. More information can be found at http://www.agta.org/spectrum or contact the Marketing Department, at 800-972-1162.