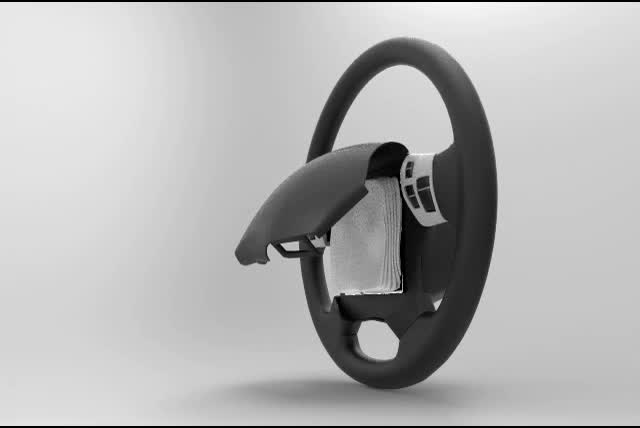 Turchin's own extensive investigation into the cause of the reported airbag malfunctions led him to develop the filed patent application. "I wanted to create a system where airbags can be inspected prior to an accident for problems, much like pre-accident inspections of car engines and brakes, having your oil changed, or having tires rotated at certain intervals," said Turchin.  "My goal has been to not only get answers for the victims I represent, but to also help figure out a way to prevent more people from getting injured or killed from an exploding airbag in the future," adds Turchin. Without a way to inspect airbags in a pre-accident state, Turchin fears that drivers and passengers may not know if their airbag is defective until the moment of impact when the airbag deploys, and by then it is too late.

The proposed patent is titled "Vehicle Airbag and Steering Wheel System" and was assigned Application Serial Number 62/128,902 by the U.S. Patent and Trademark Office. The patent filing discloses a system for inspecting an airbag and inflator unit during a pre-accident inspection or at any desired time. "While investigating airbag injury cases, I observed what appeared to be rust, corrosion and expanded metal on the outside of defective airbag inflator containers. Had a mechanic been able to look inside the airbag prior to these accidents, he or she could have visually inspected the inflator container and other outside parts, and could have seen visible signs of deterioration prior to the crash. These airbags could have been replaced before the crash and our clients never would have been injured from shrapnel," said Turchin.

Benefits posed by Turchin in the patent filing include the ability for vehicle owners to replace defective or rusted airbag units before an accident, increased consumer consumption of airbag units leading to increased business for product manufacturers, and most importantly, according to Turchin, safer and more reliable airbags operating at their optimum safety level in the event of a crash.

About Jason TurchinJason Turchin has handled more than 5,500 accident and injury cases. He filed one of the first federal lawsuits in 2014 against Honda and airbag manufacturer, Takata, and continues to represent other victims of airbag injuries.

Turchin has received significant accolades throughout his career. He was recognized in 2015 on the Super Lawyers Rising Stars list, is a member of the Million Dollar Advocates Forum, has been featured in the American Bar Association Journal, is a #1 Best Selling Author on Car Accident Law, and is AV Preeminent rated by Martindale Hubbell.

For more information on Jason Turchin or his law firm, visit www.victimaid.com. He and his firm represent victims of accidents, personal injury and wrongful death throughout Florida, and the United States with co-counsel if necessary. The firm also represents those injured or killed because of an automotive product malfunction, defective pharmaceutical and medical device products, among other negligence cases.