FLOWER MOUND, Texas, Jan. 15, 2019 /PRNewswire/ -- Starting tomorrow, moviegoers throughout North America can enjoy the eagerly awaited new movie "Dragon Ball Super: Broly," the 20th film from the Dragon Ball anime franchise and the first from the "Dragon Ball Super" series. Based on the original story, screenplay and character designs of creator Akira Toriyama, "Dragon Ball Super: Broly" will screen in English dub in 1,260 theaters locations across the U.S. and Canada. As part of the movie release, Funimation Films, the theatrical division of Sony Picture Television's Funimation, is giving fans an opportunity to be a part of history and experience the first-ever anime film to screen in IMAX in North America. Together with select screenings offered in Cinemark XD, "Dragon Ball Super: Broly" will be available on 180 digital premium large format screens as a special opening-day-only presentation. For a complete list of theaters including IMAX and Cinemark XD locations, visit the official movie website dragonballsuperofficial.com. 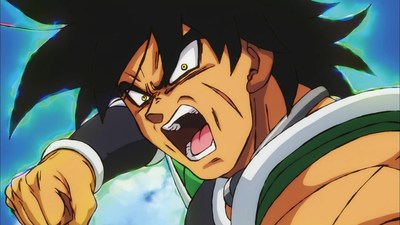 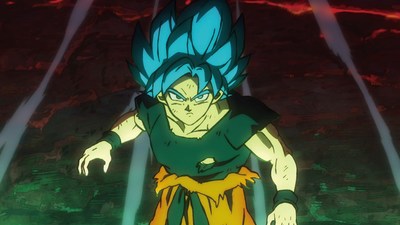 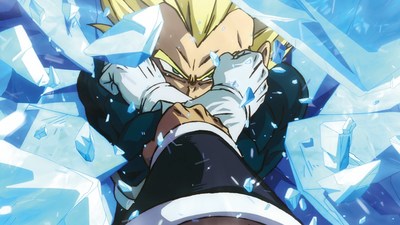 "We're truly excited to finally share 'Dragon Ball Super: Broly' with audiences across North America.  Tomorrow represents the culmination of an incredible theatrical campaign that put fans front and center while simultaneously introducing Dragon Ball for the first-time-ever to millions of families in the U.S. and Canada," said Gen Fukunaga, CEO and President of Funimation. "'Dragon Ball Super: Broly' truly showcases creator Akira Toriyama's incredible imagination and masterful storytelling. The movie is sure to please long-time fans as well as win the hearts of those experiencing Dragon Ball for the very first time."

"Dragon Ball Super: Broly" follows the events of the hit anime series "Dragon Ball Super," the first new Dragon Ball storyline from original creator Akira Toriyama in more than 18 years. Since premiering in summer 2015, "Dragon Ball Super" has propelled the popularity of the franchise globally – with both lifelong fans and a whole new generation of children and teens. Consumer interest in theatrical anime releases has risen since 2015's "Dragon Ball Z: Resurrection 'F'," which grossed $8.4M in North America, becoming the first independent film to make the Top 10 list of highest grossing anime films domestically as well as establishing a new record for the highest grossing event style theatrical release in the U.S.

SynopsisA planet destroyed, a powerful race reduced to nothing. After the devastation of Planet Vegeta, three Saiyans were scattered among the stars, destined for different fates. While two found a home on Earth, the third was raised with a burning desire for vengeance and developed an unbelievable power. And the time for revenge has come. Destinies collide in a battle that will shake the universe to its very core!

Goku is back to training hard so he can face the most powerful foes the universes have to offer, and Vegeta is keeping up right beside him. But when they suddenly find themselves against an unknown Saiyan, they discover a terrible, destructive force.

Locked into battle with the formidable Broly, Goku and Vegeta face their most dangerous opponent yet!

About Funimation FilmsFunimation, a subsidiary of Sony Pictures Television, is the global leader in the world of anime.  A fully integrated, next-generation entertainment studio, the company's fan-first philosophy is anchored in its omnichannel approach to its immersive offerings. From streaming and home entertainment to theatrical distribution and broadcast, Funimation's commitment to character-driven storytelling, combined with tech innovation and key distribution partnerships, provides audiences with multiple and meaningful touchpoints to connect with this immersive world. Funimation Films, the theatrical division of Funimation, acquires and distributes both anime and live action movies from prominent international filmmakers that appeal to the interests and passion of all types of fans throughout North America and its highly anticipated feature, "Dragon Ball Super: Broly" will be released in the U.S. & Canada on January 16, 2019. For more information about Funimation, visit www.funimation.com.