INDIANAPOLIS, July 27, 2015 /PRNewswire/ -- Award-winning author, Alane Adams, today announced a grant to The Indianapolis Public Library Foundation, inviting Gen Con attendees a chance to earn as much as $5,000 for the city's public libraries.  The grant is made up of a donation of $2,500 to the Foundation, with an additional $2 for each person who plays the author's free, downloadable mobile game, BattleKasters, during Gen Con, taking place at the Indiana Convention Center between July 30 and August 2. 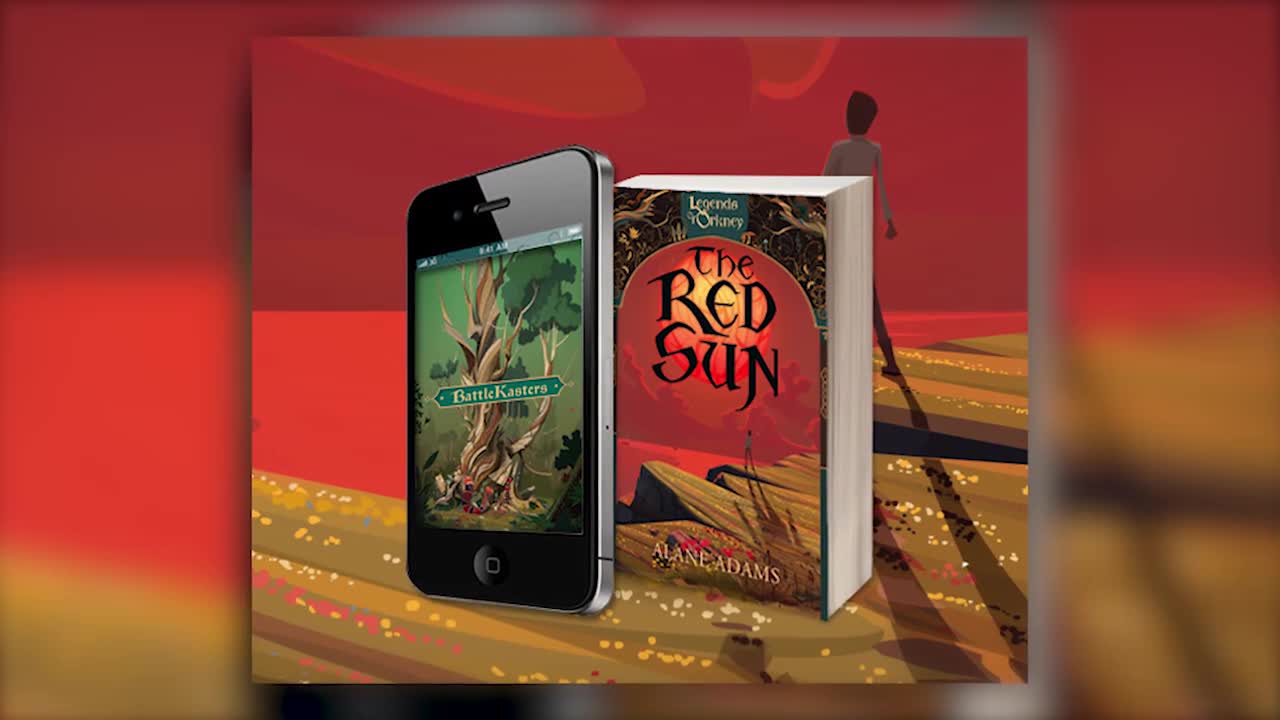 In advance of Gen Con, on Wednesday, July 29 at 1:00 p.m., Adams will host an event for children and their families at the Indianapolis Central Library. Attendees will meet the author; hear a reading from The Red Sun, the first book in her Legends of Orkney series; and take a photo with Brunin, a 7-foot-tall warrior bear from the books and game. Attendees will also receive signed copies of The Red Sun, due out in bookstores in August.

BattleKasters, the mobile game based on the Legends of Orkney series and built by Artifact Technologies, turns live events into game boards.  The game, which will be played during Gen Con, the world's longest-running gaming convention, allows players to collect digital wisdom cards, cast spells, and close the stonefire portal to protect Earth from dark magic. For each person that plays the free game between 8 a.m. Thursday, July 30 and 4 p.m. Sunday, August 2, Adams will donate $2.00 to The Indianapolis Public Library Foundation – until the grant goal of $5,000 is reached.

"Like The Indianapolis Public Library Foundation, advancing children's literacy is core to my mission, said Alane Adams. "My goal with BattleKasters is to get kids so excited about the game that they'll want to read the books cover to cover, and Gen Con is a perfect place to do that."

Earlier this month, during Comic-Con International: San Diego, Adams issued a similar challenge. BattleKasters players competed to win a $5,000 grand prize, half of which would be donated in their name to the winner's library of choice.  Adams just awarded $2,500 to the Lodi Public Library in Lodi, CA on behalf of BattleKaster, Jeff Marson.

(Wendy) Alane Adams is a social entrepreneur, philanthropist, professor and award-winning author. After retiring from a successful business career, Adams founded the Rise Up Foundation, which focuses on improving literacy in children. A believer in the power of transmedia storytelling, she created BattleKasters to create more interactive, immersive experiences for readers of her Legends of Orkney book series.