SAN RAFAEL, Calif., Sept. 16, 2021 /PRNewswire/ -- Alcohol Justice, the 34-year-old, San Rafael, California-based alcohol industry watchdog is losing its longtime Executive Director Bruce Lee Livingston. He departs today, after having led the nonprofit since 2006 through its most significant period of growth and achievement. Livingston will be replaced by Cruz Avila, most recently CEO at Poverello House in Fresno California. At Poverello House Avila directed a staff of 37 providing food, shelter, medical and social services for men, women and children, and rehabilitation for those struggling with addiction and substance misuse. 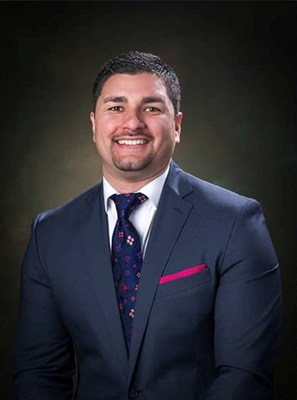 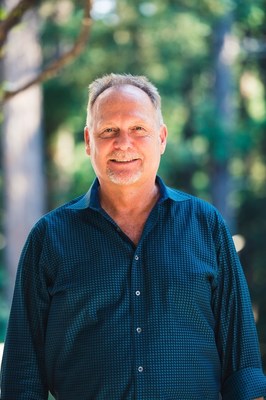 "I deeply align to the mission of Alcohol Justice that is working to address Big Alcohol and drug industry harmful practices through advocacy, policy, education, and community organizing," stated Avila. "It will be an honor to follow Bruce and lead Alcohol Justice in continuing to provide a public health and safety roadmap to communities, children, youth, adults, seniors, families, and all those in need of improving their lives."

Alcohol Justice was formed in 1987 as one of the endowed Buck Trust agencies under the Marin Community Foundation. It was originally known as Marin Institute for the Prevention of Alcohol and Other Drug Problems, and later as The Marin Institute or TMI. Under Livingston's guidance, the organization changed its name in 2011 to Alcohol Justice to better reflect its strong commitment to equity for all communities and its alcohol industry watchdog role.

"Under Bruce's leadership Alcohol Justice became a tough, tell it like it is, force to hold the alcohol beverage industry accountable to community values of health, wellness, and safety," said Larry Meredith, PhD, former Director, Marin Department of Health and Human Services,Board Vice President, Alcohol Justice. "Today, Alcohol Justice is a marquee agency with a national reputation for bold actions to confront and expose practices of the alcohol beverage industry and its many tentacles that undermine community values. Bruce Livingston can be extremely proud of his remarkable accomplishments as Executive Director at Alcohol Justice. His legacy will continue to inspire communities, particularly youth and families, to fight for justice, health, and wellbeing."

During Livingston's 15 years of top management, Alcohol Justice experienced unparalleled expansion of its budget, staff, visibility, and influence. Through his fundraising and grant writing efforts the organization's annual budget grew from $1.2 million to $2.4 million. Research and advocacy staffing increased from 3 fulltime positions to 11. Under Livingston, Alcohol Justice developed campaigns, built coalitions, and utilized strategic media advocacy nationwide to call out Big Alcohol. He led the development of consecutive 5-year strategic plans, published, and self-published numerous reports, and lead Alcohol Justice into the era of social media, all while building great diversity in staff, board, and programs.

"What a number of people, from beer company CEO's, to state legislative staff, know about Bruce is a quality much admired, namely his dogged determination," stated Dr. Thomas Peters, former President & CEO, Marin Community Foundation. "With that focus, he brought experience, savvy and an unfailing commitment to young people's health to his resolute efforts at Alcohol Justice. His blunt honesty about the industry's surreptitious marketing campaigns designed to entice youngsters to form early drinking habits startled some, heartened others. Those of us inspired by his actions salute a dedicated public health advocate."

Livingston led a team that designed and executed campaigns to end alcohol advertising on BART, MUNI, LA public transit, and other cities. He led successful efforts against three different 4 a.m. bar bills in California. With key staff, he brought Alcohol Justice into collaboration with Lakota activists to close-down 4 exploitative alcohol outlets in Whiteclay, Nebraska on the border with the Pine Ridge Reservation. Locally, in Marin County, Youth for Justice was launched which organized the youth-led Alcopop-Free Zone campaign. Under his leadership Alcohol Justice took positions and lobbied on every single piece of alcohol and opioid legislation introduced in the California legislature over the past ten years. The California Alcohol Policy Coalition (CAPA), which Livingston convened, is now a national model for statewide, grassroots, equity seeking, diverse policy action.

"It has been a pleasure working with Bruce who isn't afraid to challenge the status quo. His leadership has helped pioneer Alcohol Justice's presence in California," said Veronica De Lara, Chair, CAPA, Board Member, Alcohol Justice.  "His work as Executive Director has elevated Alcohol Justice as a leading organization in addressing alcohol related issues through being an effective advocate of public health policies. Thank you for your leadership"

While Alcohol Justice's Charge for Harm Campaign was defeated, Alcohol Justice established itself as a notable national voice on raising alcohol taxes and is often the point of the spear in other national efforts, such as the successful effort to get added caffeine out of youth-oriented alcopops.

"Throughout my 25 years in the non-profit sector, and my 14+ years at Alcohol Justice, Bruce has been the most talented E.D I've ever worked with," stated Michael Scippa, Public Affairs Director at Alcohol Justice. "I have been an E.D. myself and know the enormous challenges non-profit E.D.s face. Bruce has distinguished himself no matter what hat he wore to keep the organization funded, relevant, influential, and laser-focused on our important vision and mission. He will be greatly missed by staff and allies."

"With deep gratitude for a job so well done, we wish Bruce the best that life has to offer," stated Richard Zaldivar, Alcohol Justice Board Chair. "Moving forward now with our new Executive Director Cruz Avila at the helm, Alcohol Justice will continue to grow and develop as a national and international leader in using scientific evidence to give communities and policy makers tools to combat the harm of alcohol consumption and misuse."