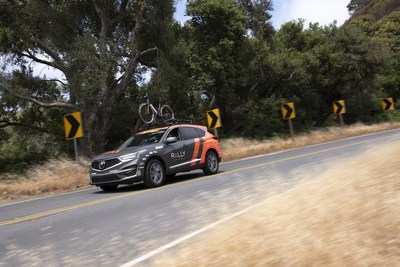 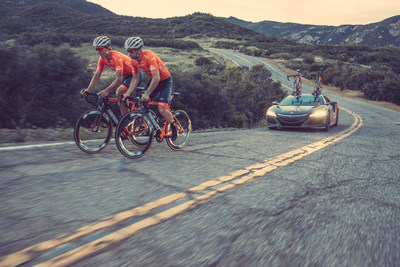 "We're excited to continue our longstanding partnership with Rally Cycling and showcase the all-new RDX on public roads," said Jon Ikeda, vice president & general manager of Acura. "The 2019 RDX is the quickest, best-handling yet, making it the perfect vehicle to support the Rally Cycling team throughout the rigorous race season."

As the first in a new generation of Acura products, the re-engineered 2019 RDX delivers top-of-class performance, a more spacious and luxurious cabin, and a host of premium technology and features. Designed, developed and manufactured in America1, the new turbocharged RDX will begin arriving at Acura dealers this summer as the quickest, best handling and most luxurious RDX yet.

The 2018 Rally Cycling men's team consists of 16 riders, and is directed by Jonas Carney, Patrick McCarty, Eric Wohlberg, and Andy Bajadali. The team was founded in 2007, and spent 11 seasons in the Continental ranks. In 2018, the team upgraded to Pro Continental and has a long-term plan for growth. In its early years, the team dominated the criterium circuit, becoming the first freshman team to win the U.S criterium title. The team has grown into a full fledged, intercontinental stage racing team that can claim podiums at the world's biggest races.

The 2018 Rally Cycling women's team consists of thirteen riders and is directed by former Olympian Zach Bell. The team has placed athletes on the biggest podiums in the world, including the Ronde Van Vlaanderen (2012) La Course (2014) and Gent Wevelgem (2015). The team has consistently won Canadian and US road race, time trial, and criterium championships. Since 2012, the women have won 16 national titles in North America. In 2018, the young roster has already delivered results at the top stage races in North America, including wins at the Joe Martin Stage Race and the Tour of the Gila.

Additional media information including pricing, features and high-resolution photography is available at acuranews.com/channels/acura-automobiles. Consumer information is available at http://www.acura.com. Follow Acura on social media at https://acura.us/SocialChannels.

Acura is a leading automotive luxury nameplate that delivers Precision Crafted Performance, representing the original values of the Acura brand – a commitment to evocative styling, high performance and innovative engineering, all built on a foundation of quality and reliability.

Five of the six models in the Acura lineup are made exclusively in central Ohio using domestic and globally sourced parts, including the ILX and TLX luxury sports sedans (Marysville Auto Plant), the RDX and MDX luxury SUVs (East Liberty Auto Plant) and the Acura NSX supercar, which is built to order at the Performance Manufacturing Center in Marysville, Ohio.

Founded in 2007, Rally Cycling is one of the most successful professional cycling programs in American history. The team has evolved into a powerhouse on the international racing circuit, and fields top level men's Pro Continental and UCI women's teams. While competing around the globe, the women and men of Rally Cycling represent more than just a collection of logos on a jersey. The team's mission, alongside title partner Rally Health, is to encourage people to lead healthy, active lifestyles.