WASHINGTON, March 22, 2021 /PRNewswire/ -- The America 250 Foundation, the non-profit partner of the U.S. Semiquincentennial Commission, has announced the addition of Jesse L. Askew as Vice President of Marketing and Branding and Keri Potts as Vice President of Communications and Public Relations. Askew and Potts will lead brand visibility and engagement efforts nationwide for America 250, a multiyear initiative to inspire the American spirit leading up to the largest and most inclusive commemoration in our nation's history in 2026. 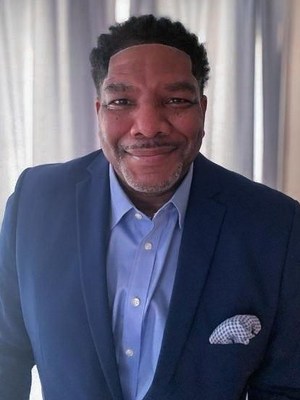 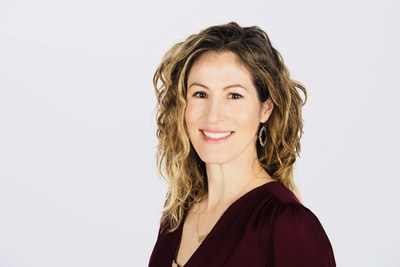 Askew and Potts will serve as key members of the Foundation's executive leadership team reporting to Interim President and CEO Scott Hommel.

"America 250 has the potential to create more than 100,000 programs and engage 350 million Americans in this once-in-a-lifetime initiative over the next five years," said Hommel, adding, "Jesse and Keri bring a wealth of experience reaching new audiences and will help us achieve our vision to educate, engage and unite all Americans in a commemoration that is as bold and diverse as America itself."

"It's an incredible honor to contribute my experience to the creation of a culturally diverse, morally engaged, and inclusive vision of society for all nationalities, tribes, religions and communities celebrating America's 250th anniversary," said Askew. "America 250 presents a unique opportunity deepen our nation's sense of culture."

Potts said, "I'm extremely proud to join the America 250 Foundation team as we take on the ambitious challenge of reaching millions of Americans in a meaningful way. The opportunity to be a part of an initiative of this magnitude and build a robust and representative communications team from the ground up is both humbling and thrilling."

Askew began his career in the nonprofit sector, serving as a Program Officer at New Visions for Public Schools helping to administer the first Annenberg Foundation Grant to form corporate/education partnerships now known as Charter Schools. He also served as pro-bono president for the nonprofit Community Uplift Through Perseverance, Inc (CUP), raising over $500,000 in scholarships for Omega Black College Tour students from the New York City area.

Askew remains a sentinel for diversity, inclusion and cultural expression. A Pennsylvania State University Smeal College of Business guest lecturer, he continues to mentor junior executives, provide internships and secure employment opportunities for college graduates of color. Askew holds a B.S. in psychology from Saint Augustine's University and an MBA in general management & leadership from the Metropolitan College of New York.

During her 17-year tenure at ESPN, Potts led the communications strategy for the media giant's largest content portfolio (college sports) and successfully launched multi-year strategies for three ESPN domestic TV networks. She also successfully planned and executed major press events, including the ESPYS, the College Football Awards, and 30 for 30 film premieres for the network. Prior to joining the America 250 Foundation, Potts served as Vice President, External Affairs for the Institute for Women's Policy Research in Washington, D.C.

Potts is also a passionate and nationally recognized victims' advocate, speaker and spokesperson. She currently serves as Board President and designated spokesperson for Pathways to Safety International, the only U.S. nonprofit serving Americans who are sexually assaulted or abused abroad. She is also a board member of Network for Victim's Recovery in Washington, D.C. Potts is a state certified crisis counselor, having volunteered more than 50 hours per month providing crisis counseling and victims' advocacy services. She is a sought-after public speaker on topics of gender equity and women's empowerment.

In 2020, PRWeek awarded Potts its highly competitive "Woman to Watch" award. She also received ESPN's "Volunteer of the Year" award in 2017 and PRWeek's "40 Under 40" award in 2016. Potts holds a B.S. in magazine journalism and an M.S. in public relations and organizational management from Syracuse University's S.I. Newhouse School and was co-captain for the school's Division I women's volleyball team.

About the U.S. Semiquincentennial Commission and America 250 FoundationThe U.S. Semiquincentennial Commission and its nonprofit partner, the America 250 Foundation, are tasked with planning and orchestrating the 250th anniversary of American independence, which will take place on July 4, 2026.  The organizations work collaboratively with public and private entities across the country to make America 250 the largest and most inclusive commemoration in our nation's history leading up to and extending from 2026. The Commission's vision and approach to programming can be found in Inspiring the American Spirit, its report submitted to the President on December 31, 2019. For more information visit www.america250.org and follow us on Facebook, Twitter and Instagram.