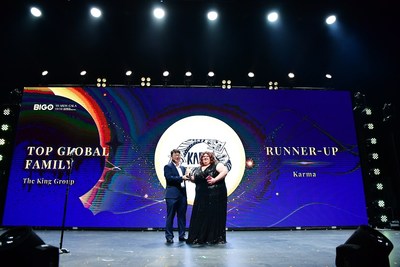 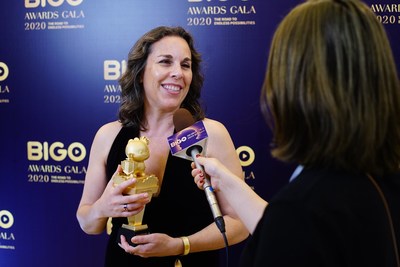 The ceremony was held in a grand fashion with a red-carpet affair attended by some of the biggest names on Bigo Live, who flew in from all over the world, joined by hundreds of their top fans who showed up in support. More than 75 broadcasters were awarded at this ceremony bringing the total number of attendees to close to 1,000. The 4 categories of award winners were "Top Regional Broadcaster", "Top Regional Family", "Top Global Broadcaster" and "Top Global Family"; indicating the best of the best in both the regions and across the globe.

Bigo Live is rising fast in popularity around the world, where it has reached a total of around 22 million Monthly Active Users (MAUs). Live-streaming has become a worldwide phenomenon, as millennials feel the need to be constantly connected, and such platforms such as Bigo Live, allow them to stay connected, meet different people and share new experiences. Many of the award winners also took this opportunity to connect with their fans, even broadcasting live while receiving their award.

One of the more notable winners of the 75 who attended was Runner-up for "Top Global Family". The winner, Karma mentioned that being on Bigo Live gave meaning to her life, she is pleased to represent a group of new-age broadcasters and is proud to break the preconceived notions that broadcasters needed to look a certain way. Her family specializes in gaming which can be a solitary activity but in reality, turned out to be one of the most important and real social circles that she could have built.

She said "Being in Karma changed my life. My social circle was not only about gaming or Bigo Live, it was much more than that. It gave me the chance to pursue a different life, and for that I will always be grateful."

Other winners included Rain, CharlizeAngel, Marlins and 12Diablo. They were all treated to a city tour of Singapore, visiting sights like The Singapore Flyer, Gardens By The Bay and Chinatown. The winners were extremely excited as it was the first time for them to visit Asia.

Speaking about awards and the live streaming space, Mike Ong, Vice President of BIGO Technology said, "With the proliferation of live streaming around Asia Pacific, we want to hone this space in Singapore by inaugurating the BIGO Gala Awards here, as we believe, no matter where our expansion plans lead us to, Singapore will always be BIGO's home. Despite Singapore being small, it is a highly connected location making it a perfect market to launch this event. As the demand for content increases and mobile penetration rises, the live streaming phenomenon will continue to play a pivotal role in driving the industry. With the company now having over 330 million MAUs in over 150 countries worldwide, it is highly paramount to honor and celebrate the live streaming hosts who have performed exceptionally well on our platform over the past year. Our community is the very heart and soul of BIGO, and we want to recognize and appreciate their dedication and commitment to their art."

The BIGO Gala Awards 2020 Guest-of-Honor, Mr. Howie Lau, Chief Industry Development Officer at the Infocomm Media Development Authority (IMDA) agreed that the BIGO Awards Gala 2020 marked the growing significance of live streaming, giving credit to the winners who have made a difference in the platform. Snippets of the ceremony will be aired in Southeast Asia, Middle East, U.S.A. Japan and Taiwan.

Visit BIGO's website for more information on their brand and products.