NASHVILLE, Tenn., Aug. 25, 2017 /PRNewswire/ -- The cast from the forthcoming film, Because of Grácia (Five Stones Films/SERV OTHERS), was all smiles Thursday evening as they hit the red carpet to celebrate the premiere at the historic Franklin Theatre in Franklin, Tennessee. An inspiring and moving story, the film follows two high school couples as they explore friendship and dating along dissimilar lines that lead to courage and transformation for one teen and a personal crisis for another. 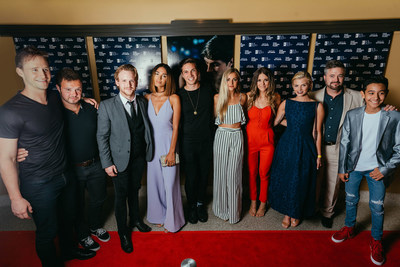 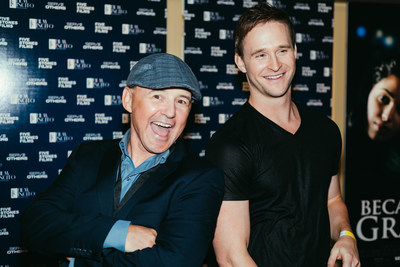 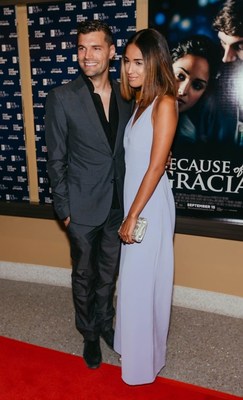 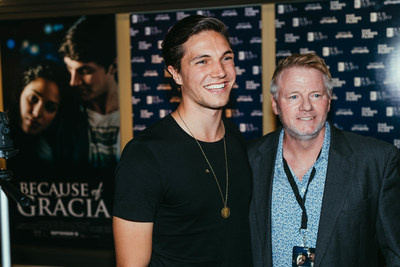 Starring American Idol's Moriah Peters, Chris Massoglia and Dukes of Hazzard's John Schneider, Because of Grácia debuts in select theaters nationwide on September 15th and on Thursday night, Nashville influencers got a sneak peek as they viewed the movie during a private screening.

"This is such a special night. I'm so excited to share this story with the people that we love and care for most in this town," said CCM recording artist and star of the film, Moriah Peters. Peters, who makes her acting debut in the film as Grácia Davis, was joined on the carpet by her husband and for KING & COUNTRY frontman, Joel Smallbone.

Lead actor Chris Massoglia and director Tom Simes followed Peters on the carpet and posed for photos as they talked with media about hot-button issues facing teens and parents of teens that the movie touches on. "I truly believe that this film will change the lives of many different people and change relationships--even change how young people think about sex and dating," said Massoglia. "I'm really excited to be part of a film that breaks the mold."

After walking the carpet, cast and crew from the award-winning film were joined by friends, family and Nashville influencers inside the theatre for opening remarks from Peters, Massoglia and director Tom Simes. Among them, Nise Davies, casting director for the film, Founder of Advantage Models and mother of actor Ben Davies, who plays Mr. Brady.

"It was so rewarding to sit in the audience at the Because of Grácia premiere and witness the audience being entertained by, and falling in love with, the actors I cast," said Davies. "When the audience laughs, cries and applauds, you know you have a winner!"

Additional photos from the red carpet event are available here. Select talent from the film are also available for interview. To learn more about Because of Grácia, visit becauseofgracia.com. Group tickets available through [email protected].

About Because of Grácia: Because of Grácia (Five Stones Films/SERV OTHERS) releases in theaters nationwide on September 15th and stars American Idol's Moriah Peters and Chris Massoglia. The movie portrays the lives of two high school couples as they explore friendship and dating along dissimilar lines that lead to courage and transformation for one teen and a personal crisis for another. To learn more about Because of Grácia, visit becauseofgracia.com or follow @BecauseOfGracia ‏on social media and participate in the conversation using #BecauseofGracia.