SPOKANE, Wash., July 23, 2020 /PRNewswire/ -- AquiPor Technologies has developed a concrete like material that allows rainwater to pass through it into the ground, while filtering out pollution and particulates at the surface - helping to reduce flooding and pollution in one simple pavement like material.

Climate change, rapid urbanization, and aging infrastructure are stressing U.S. water systems to the point of failure. In response, AquiPor has taken up the cause, with the development of its green infrastructure technology that acts like permeable pavement, but can filter debris and pollution out of stormwater without clogging.

"Pollution from stormwater runoff has become a serious threat to our clean waterways and worse still, more common bouts of urban flooding endangers property and life. AquiPor's mission is to bring cities and developers a technology that manages stormwater right where it falls, in a scalable and cost-effective manner. In conjunction with quality engineered designs, AquiPor's permeable hardscape material can help mitigate urban flooding and get stormwater back into the ground naturally," says AquiPor CEO Greg Johnson.

AquiPor's permeable hardscape material features a strength and durability profile that is similar to traditional concrete, but with material permeability that exceeds 25 inches per hour, giving it the ability to handle large volumes of rainfall at once. Unlike traditional permeable pavement, AquiPor material features sub-micron porosity which allows it to filter out the vast majority of debris and particulate pollution that is found in stormwater.

With the passing of recent legislation which incentivizes cities to implement large-scale green infrastructure in their water management plans, AquiPor is preparing for its first phase of manufacturing and regulatory testing for certification as a Best Management Practice in stormwater infrastructure.

AquiPor is preparing to enter into a professional manufacturing and market feasibility study and is lining up value chain partners that represent leadership in concrete manufacturing, engineering, and civil contracting. You can learn more about AquiPor's plan to stop flooding and stormwater pollution at www.aquipor.com and at www.startengine.com/aquipor. 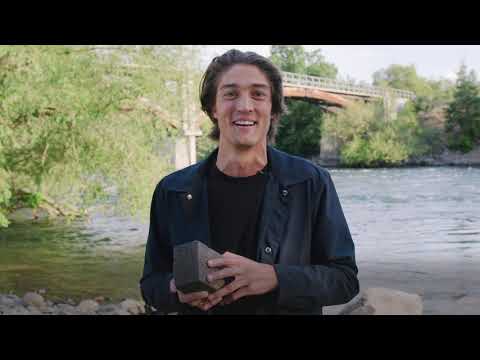