HOLLYWOOD, Calif., Oct. 26, 2018 /PRNewswire/ -- In a first for the music and gaming worlds, Astralwerks and Tyler "Ninja" Blevins have joined forces on a groundbreaking new project, Ninjawerks. Ninja, who is the world's biggest gamer, announced the album earlier today at TwitchCon in San Jose, CA. 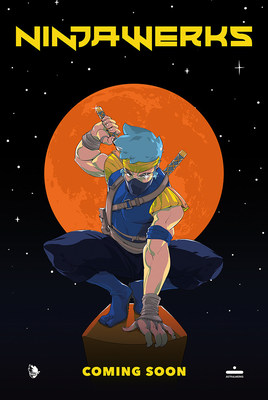 Many of today's most acclaimed electronic artists have been tapped to soundtrack Ninja's gaming world. Ninjawerks will be available in digital, CD and vinyl formats. Look for songs and other content to be launched in the weeks ahead, including a wide range of merchandise, Ninjawerks accessories and original artwork.

"I'm stoked about this project, first because I truly love the music, but also because I think this is another big step towards bridging the gap between music artists and gamers," said Ninja. "Our worlds keep getting more and more connected, and this feels like the next step -- hopefully this can become the soundtrack to gaming. It's also amazing to partner with Astralwerks and Capitol Music Group, because they bring so much credibility to the album. I mean. Come on. Get your ears ready."

Astralwerks General Manager Toby Andrews added, "Partnering with Ninja and taking our first step into the gaming world simultaneously as a label is an extremely exciting proposition, and we couldn't be happier to be announcing Ninjawerks. Working with Ninja and his team at Loaded to curate and conceptualize the album and the coming campaign has been remarkable. Through the hard work and dedication of a lot of people, it's great to see this project come to life and expand the possibilities of what we can offer artists."

As the most popular online gamer in the world, Tyler Blevins – known to millions simply as "Ninja" – has risen to mainstream star status. If the stats aren't convincing enough – the most followed channel on Twitch, 19 million subscribers on YouTube, and 11 million followers on Instagram – then the recent ESPN Magazine cover (the first for any gamer in a mainstream sports magazine) and teaching beloved TV host Ellen DeGeneres how to play might prove it.

He's a favorite duo partner among sports stars like Juju Smith and Baker Mayfield and DJ's like Marshmello and Dillon Francis, and entertains thousands on a daily basis through his mix of informative and humorous Fortnite streams. The 27-year-old Chicago area resident also has raised millions for charity and enjoys spending time with his wife Jessica and two dogs when not online.

Established in New York City and now finding its new home in the historic Capitol Records Tower in Los Angeles, Astralwerks was the brainchild of staffers at Caroline Records who saw an opportunity for a label focused on the emerging electronic and ambient scene. Having reached a milestone of 25 years, Astralwerks has quickly become a modern, artist-first label with a true focus on nurturing talent across the electronic genre and beyond. Acting with a scalable, independent and global thinking mentality with the capability to tap into the resources of a major label, has allowed Astralwerks to retain and sign up-and-coming artists such as Illenium, Jonas Blue, Alison Wonderland, EDEN, Sigma and Axwell /\ Ingrosso. As a testament to this pioneering approach, Astralwerks has amassed 30 GRAMMY® nominations, taken home six GRAMMY Awards and had historic releases from the likes of The Chemical Brothers, Swedish House Mafia, Halsey, Porter Robinson, Phoenix, Eric Prydz, Fatboy Slim and many more.