JACKSONVILLE, Fla., Feb. 25, 2020 /PRNewswire/ -- If you look closely, you can spot the familiar Iron Man® helmet. Just around the corner is the famous red, white, and blue Captain America™ shield. This isn't a comic book; it's a computer.

It's Army veteran and avid gamer Michael Carrasquillo's computer, in fact, and he could hardly believe it when he first saw it.

"I was completely blown away," Michael recalled. "It was incredible!"

The computer is one of four built by technology influencers for Wounded Warrior Project® (WWP) warriors, thanks to technology company ASUS, a leading computer hardware manufacturer.

"We're humbled and honored to support the Wounded Warrior Project and veterans who have made great contributions in service of our country," said Gary Key, Sr. Director of Marketing at ASUS North America. "It's been a thrill to watch leading members of the PC hardware community create unique tributes to veterans' service that will also serve as tools to help those warriors connect with and support their wider community."

"It was more important to me to get this one right than any other build I've done before — even my own — and I was proud to be a part of it," Brian said.

It was about more than online gaming when Ryan Gendreau of Overclock.net gave fellow Army veteran Charles "Dozer" Reed his new computer; it was about one veteran supporting another.

"It's just something you feel because it's another veteran who knows what you went through," Ryan, also known as Bluedevil, said. "To give back to a fellow veteran meant the world to me."

And that computer won't just be helping Dozer.

"This computer is going to give me the opportunity to reach and mentor veterans on a different level," Dozer said.

Bitwit and Level 1 Techs also built computers for warriors, and each influencer created a video of himself doing so.

Check out ways you can support veterans and their families, including gaming and livestreaming through WWP Stream to Serve™.

Since 2003, Wounded Warrior Project® (WWP) has been meeting the growing needs of warriors, their families, and caregivers – helping them achieve their highest ambition. Learn more. 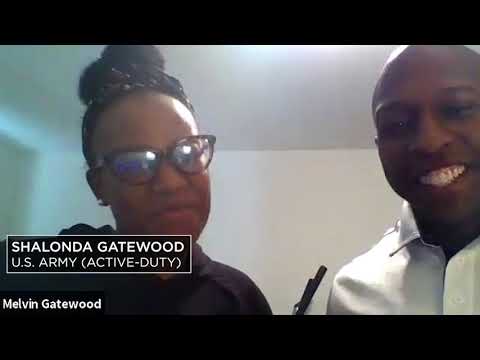