The not seasonally adjusted index, which represents the change in tonnage actually hauled by the fleets before any seasonal adjustment, equaled 123.3 in March, up 20.7 percent from the previous month.

"Despite my concern that higher energy costs are going to begin cutting into consumer spending, tonnage levels were pretty good in March and the first quarter of the year," said ATA Chief Economist and Vice President Bob Costello.  Looking ahead, Costello said, "While I still think the industry will continue to grow and recover from the weak freight environment we've seen in recent years, the rapid spike in fuel prices will slow that growth."  Costello also noted that as long as U.S. manufacturing activity remains strong, truck tonnage will benefit.

Note on the impact of trucking company failures on the index: Each month, ATA asks its membership the amount of tonnage each carrier hauled, including all types of freight.  The indexes are calculated based on those responses.  The sample includes an array of trucking companies, ranging from small fleets to multi-billion dollar carriers. When a company in the sample fails, we include its final month of operation and zero it out for the following month, with the assumption that the remaining carriers pick up that freight.  As a result, it is close to a net wash and does not end up in a false increase.  Nevertheless, some carriers are picking up freight from failures and it may have boosted the index. Due to our correction mentioned above however, it should be limited.

Trucking serves as a barometer of the U.S. economy, representing 68 percent of tonnage carried by all modes of domestic freight transportation, including manufactured and retail goods. Trucks hauled 8.8 billion tons of freight in 2009.  Motor carriers collected $544.4 billion, or 81.9 percent of total revenue earned by all transport modes.

ATA calculates the tonnage index based on surveys from its membership and has been doing so since the 1970s. This is a preliminary figure and subject to change in the final report issued around the 10th day of the month. The report includes month-to-month and year-over-year results, relevant economic comparisons, and key financial indicators.

The American Trucking Associations (www.truckline.com) is the largest national trade association for the trucking industry. Through a federation of other trucking groups, industry-related conferences, and its 50 affiliated state trucking associations, ATA represents more than 37,000 members covering every type of motor carrier in the United States. Follow ATA on Twitter @TruckingMatters (www.twitter.com/truckingmatters), or become a fan on Facebook (http://tinyurl.com/y4qwp6h). 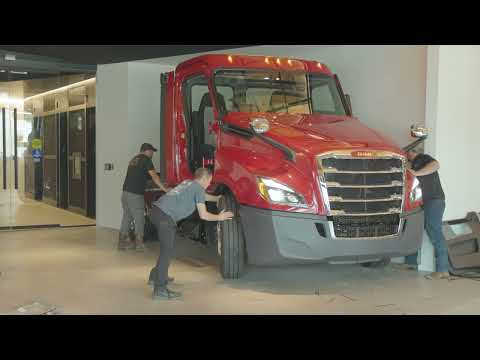