Bovim, a former foreign correspondent for Reuters in Madrid and an international strategic communications consultant who launched his first company in 2007, joined Avisa Partners in mid-September to set up the company's Washington DC operations. Bovim will oversee the expansion of Avisa's presence in the U.S. market, which already accounts for 15% to 25% of the Group's revenue.

The creation of Avisa Partners U.S. marks a significant expansion for Avisa, which recently acquired two agencies in London and Berlin to round out its offering in Brussels and Paris, bringing headcount to over 100 consultants.

At the end of July, RAISE Investissement in Paris, a capital investment company that targets companies with revenues between 50 million and 500 million euros, took a 25% stake in Avisa Partners.

"Clients need to deploy global operations more than ever before. It's a rare opportunity to lead a company with the backing of an investment fund and a stable of over 100 talented consultants across Europe," said Bovim. "The unique mix of services—including cybersecurity and digital advocacy—will give Avisa Partners U.S. a competitive edge as we pursue the best talent and the best clients."

Prior to joining Avisa Partners U.S., Bovim was a top executive at a major Washington public affairs agency. Over the course of his career, Bovim has advised leading brands and CEOs through crises, public affairs challenges, and international public relations campaigns.

According to Matthieu Creux, president of Avisa Partners: "The economic intelligence and public affairs sectors are rapidly changing. Risk management, reputational risks, and the fight against fraud and piracy, one of our business specialties, require ever-greater operational expertise and international capabilities. Avisa Partners' major innovations in these fields have helped it to triple in size in four years. Eric Bovim's arrival represents a key step in our international development strategy and the formation of a world-class group."

Avisa Partners, founded in France in 2010, is present in Paris, Brussels, London, Berlin and now Washington. The group brings together under one roof an ecosystem of professionals in the fields of competitive intelligence, public affairs, international relations, cybersecurity and digital communications. Avisa Partners is a flagship European firm on the issues of online influence, the fight against misinformation, and the fight against counterfeiting. The firm is a destination for leading global companies undertaking major growth operations (including M & A, entries into new global markets, and tenders), facing complex challenges (such as international negotiations, support litigation, or cyber attacks), or seeking to cement their strategic positioning. With more than a hundred consultants representing twenty nationalities, the group has intervened in more than 75 countries over the past ten years. 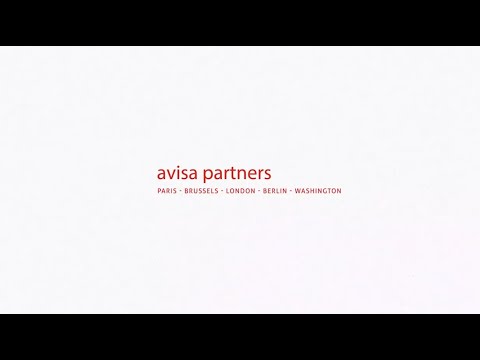