PORT JERVIS, N.Y., Oct. 15, 2020 /PRNewswire/ -- New York-based production company, Swoop Films, is releasing their award-winning documentary Finding Courage on Premium Video on Demand today ahead of the U.S. Presidential Election. The 80-minute film features undercover footage shot secretly inside a Chinese labor camp, rare, exclusive interviews with former regime officials, and tells the true story of what happens to Chinese officials when they break from the control of the Chinese regime and become enemies of the state.

"Hollywood has consistently blocked any story that shines a light on the brutal reality citizens face in China and the impact that has on Americans," says Kay Rubacek, director of Finding Courage. "As independent filmmakers, we have to work doubly hard to get these true stories out to the public, but Americans deserve to know the truth about what is really going on in China because it affects our health, jobs, and our way of life."

Finding Courage has screened in film festivals across America since May, winning top accolades, such as a Gold Remi Award at the 53rd Houston International Film Festival (one of the longest-running, and largest film and video competitions in the world) and Best Feature Film, Audience Choice Award, at the Jersey Shore Film Festival. "This may be one of the most important documentaries we have ever received," said the Jersey Shore Film Festival. "Essential viewing" wrote The European Documentary Magazine. "Hard-hitting" wrote the Journal of Political Risk. "Profoundly touching" said Hong Kong Bilingual News.

FOX Sports broadcaster, Lea B. Olsen narrates the English voice of the main character, Yifei Wang, a Chinese-American woman and former high-ranking journalist for the Chinese regime. Yifei and her family must take on the regime to get justice for her sister's murder and her brother's wrongful imprisonment.

To request a movie screener of Finding Courage or to schedule an interview with the movie director or Lea B. Olsen, contact Timothy Gebhart via  [email protected] or 503-855-8050. The Finding Courage movie trailer and press kit are available at: www.FindingCourageMovie.com. 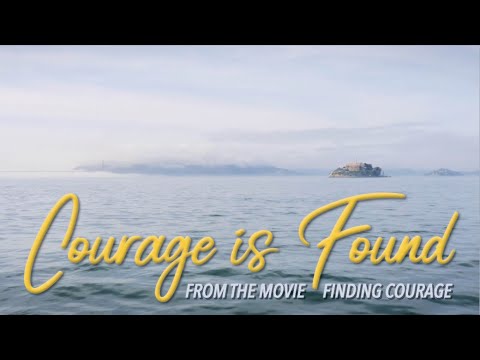 New Music Release: "Courage is Found" From the Award-Winning...