LAS VEGAS, May 21, 2021 /PRNewswire/ -- On Thursday, May 20, Bacchanal Buffet at Caesars Palace hosted a highly-anticipated event as it reopened its doors for the first time in over a year. The afternoon began with a stunning dance number filled with glitz, glamour and chef coats as guests were invited to experience the newly renovated space. The famed buffet is now officially open and welcoming guests to enjoy an unparalleled experience after undergoing a multi-million dollar renovation. 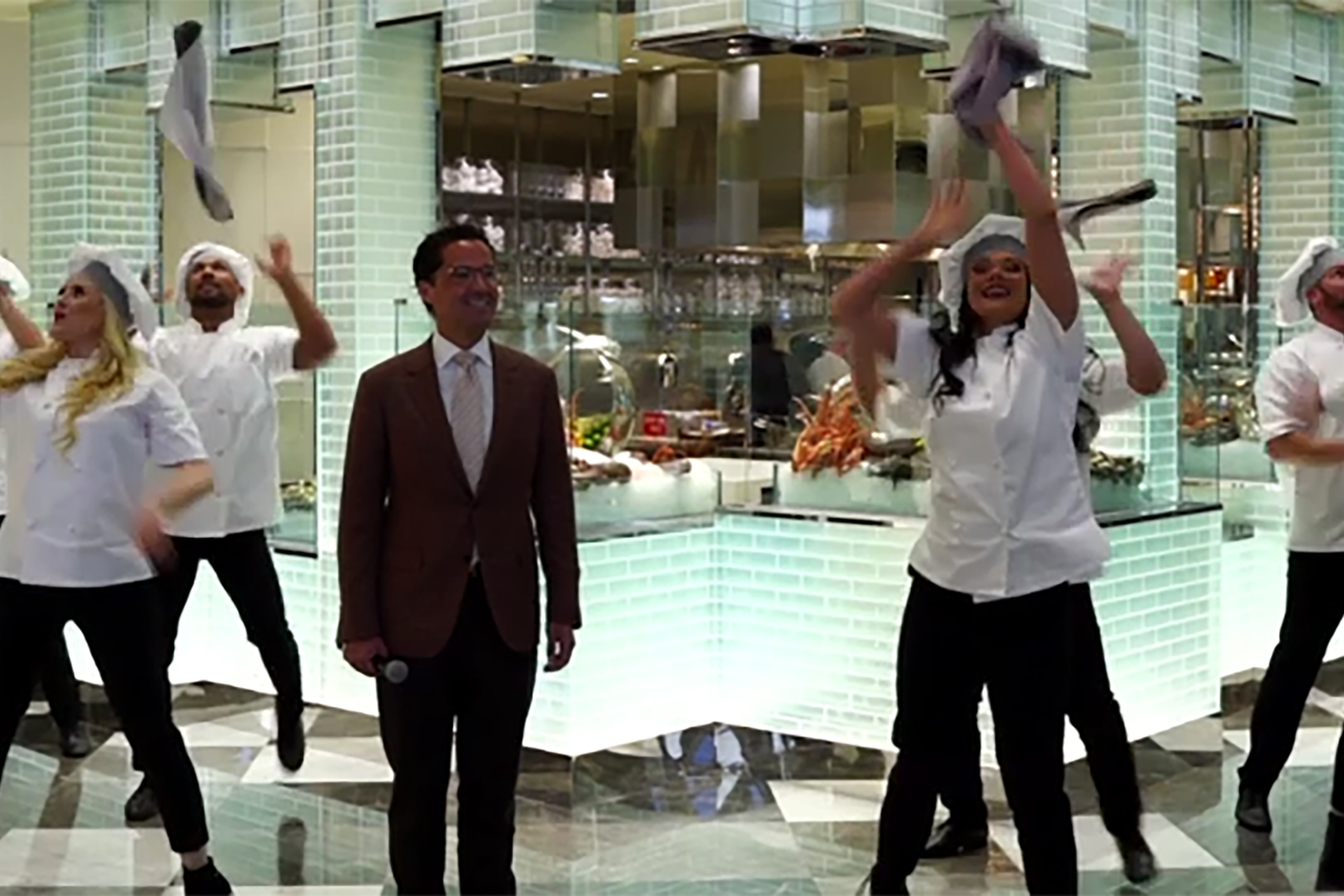 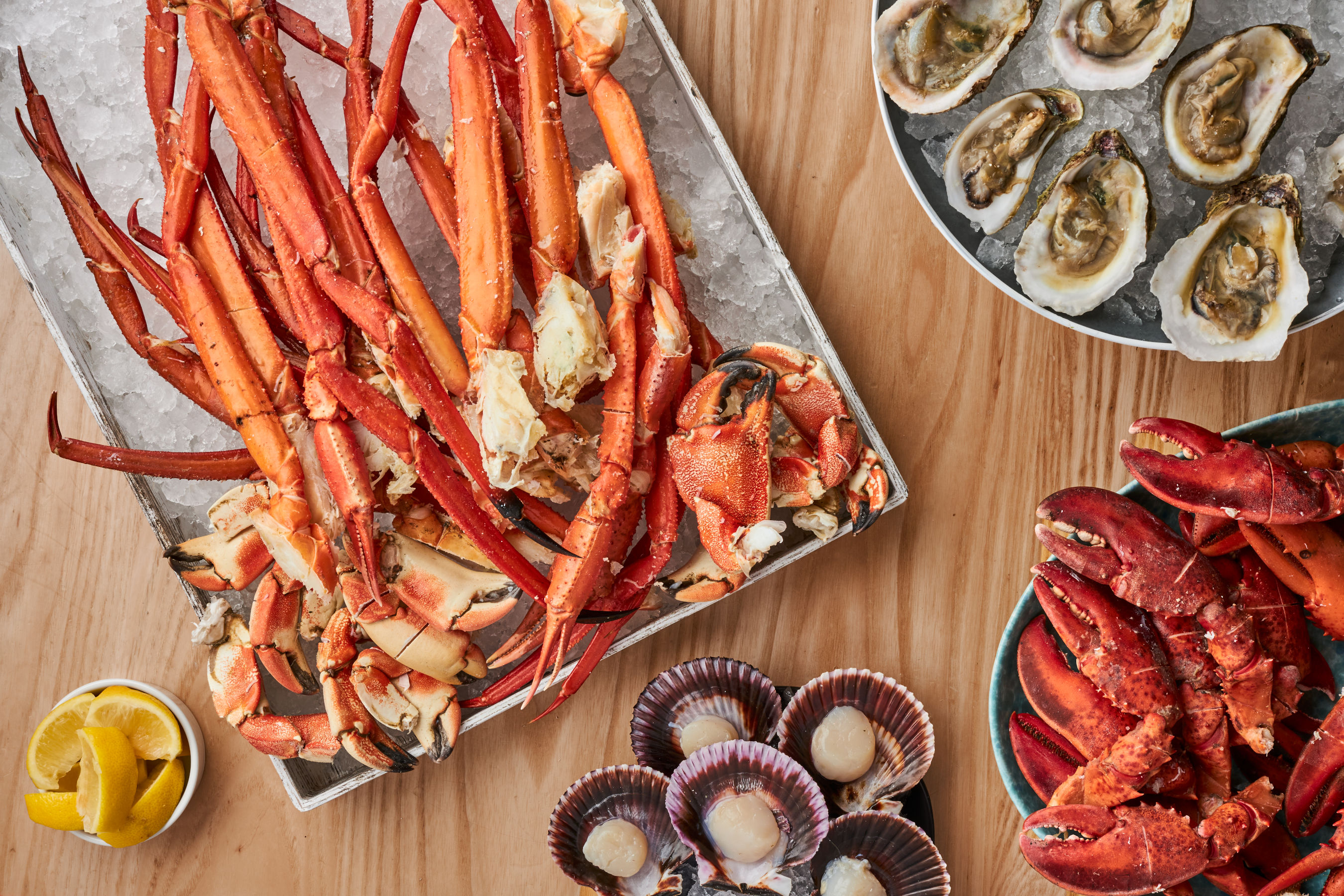 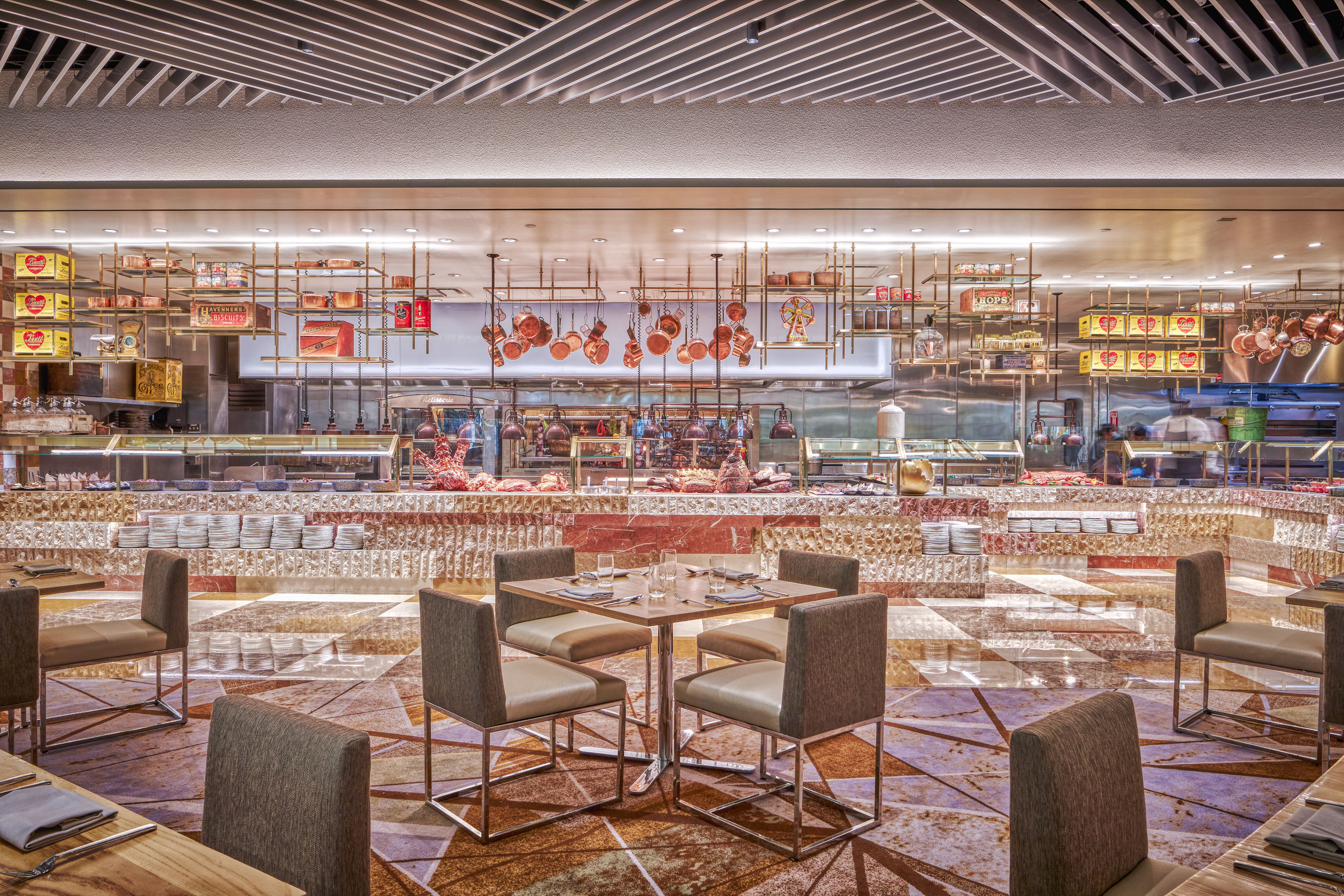 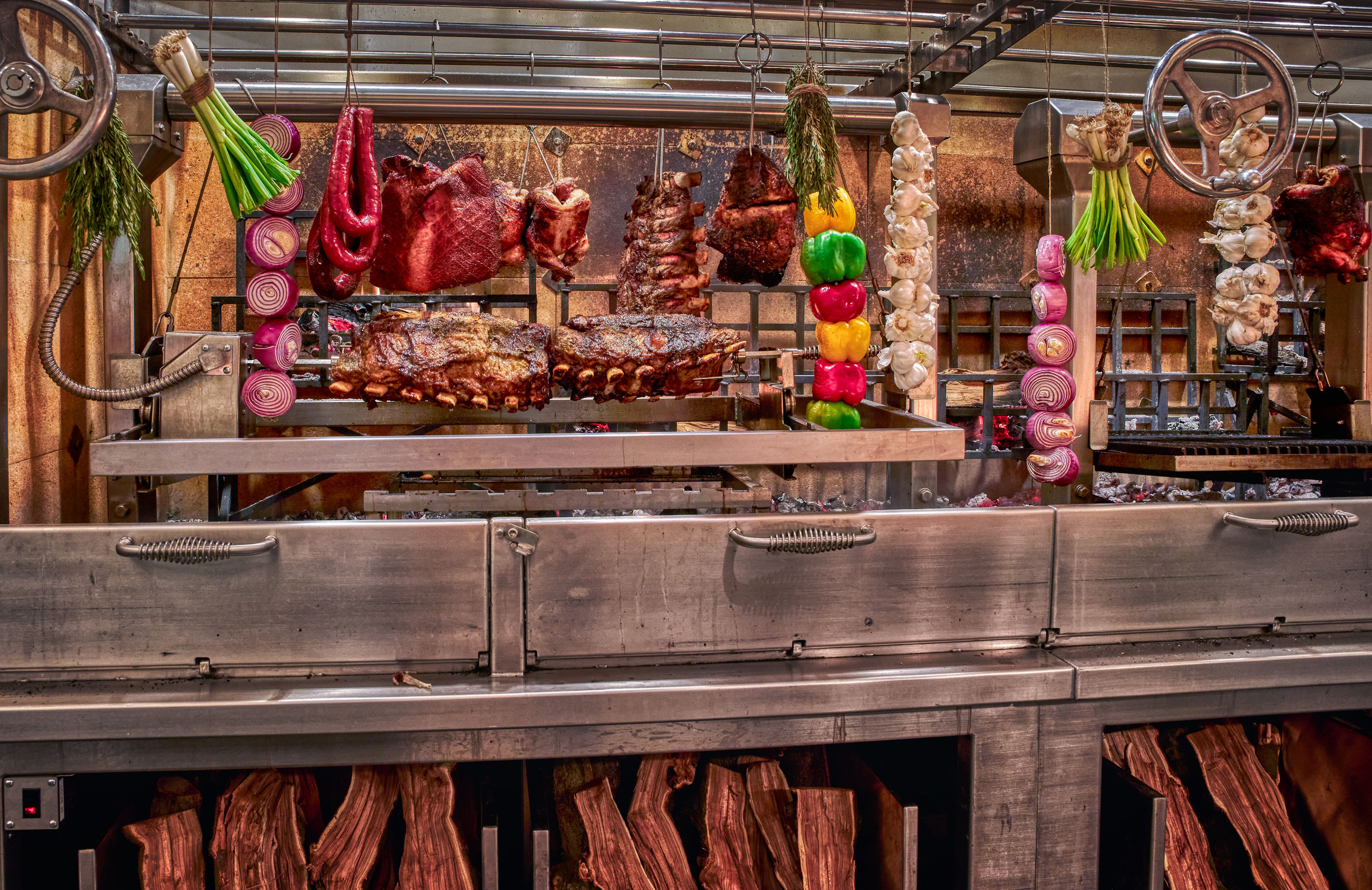 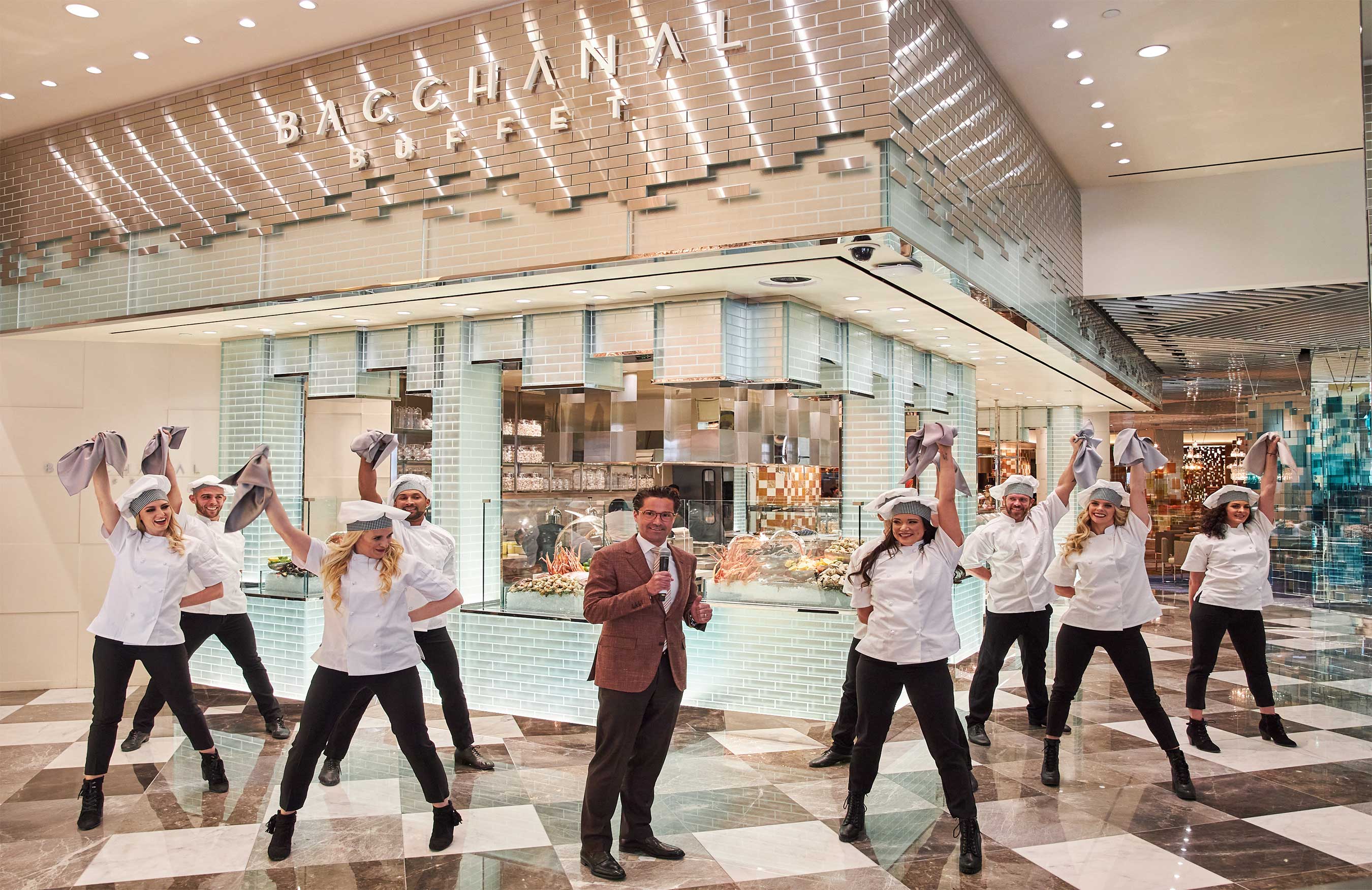 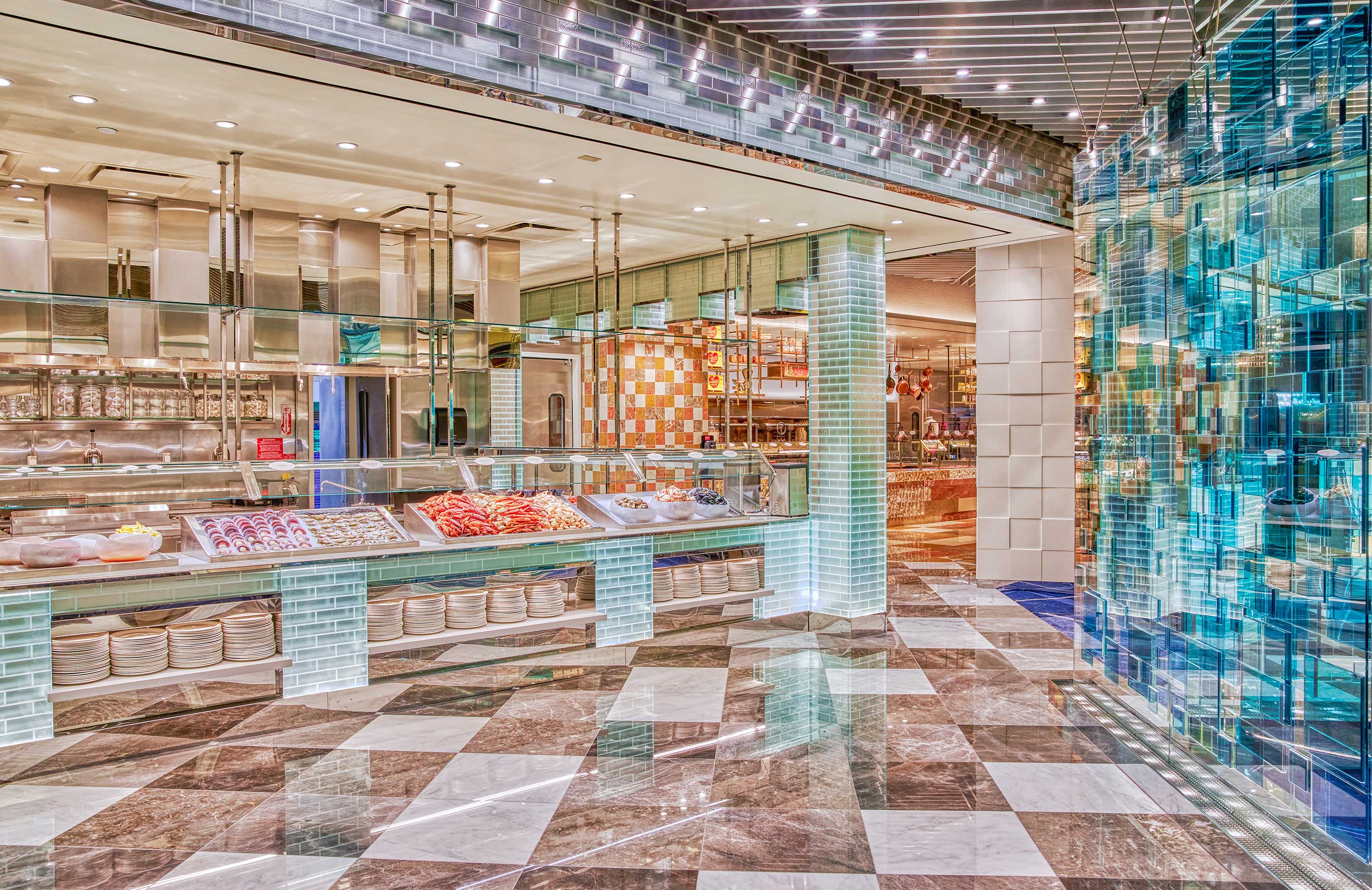 The award-winning buffet now showcases enhancements to the seafood, carving, American and Latin kitchens, as well as the entrance and dining room. Bacchanal's menu has also been expanded with nearly 100 new dishes to the already impressive menu which includes more than 100 vegan and vegetarian options. Additionally, the famed buffet has introduced reservations through OpenTable.com, making them available for the first time since the restaurant launched in 2012.

"After 14 months and a multimillion-dollar renovation, Bacchanal is back -- and might I say the best just got better," said Sean McBurney, Regional President of Caesars Entertainment. "At Bacchanal, it has always been about the food and that continues today, now more than ever. You're going to see hundreds of beautifully curated delectable dishes... I could talk for days about how spectacular this buffet is but we're going to let the food do the talking."

Bacchanal's transformation showcases an updated style created by Tetsuo Aoyagi, the original designer of the buffet back in 2012. Aoyagi, who was once again engaged to assist with the redesign, kept with his original concept of nature-inspired design in the space with natural textures and materials like glass and stone woven throughout, reminiscent of ice caves, mountains and more.

The nine open, interactive kitchens continue to be the cornerstone of Bacchanal Buffet. With the redesign, guests now have an up-close-and-personal view of an array of new, state-of-the-art equipment and open-fire roasting grills, while new steaming and refrigerated display systems ensure dishes like crab legs are served market-fresh.

In addition to the design enhancements, Bacchanal introduces nearly 100 new dishes to its robust menu. Those additions include:

Bacchanal Buffet continues to set a new standard for Las Vegas buffets by redefining the buffet experience through elevated global cuisine made fresh daily by a team of specialized chefs who oversee the preparation of the food in nine open interactive kitchens. Since its opening, Bacchanal has provided exceptional dining and has been named the number one buffet in Las Vegas by USA Today, Las Vegas Review-Journal and Las Vegas Weekly in its first year.

Bacchanal Buffet implements Caesars Entertainment, Inc.'s ("Caesars") new health and safety protocols, which enhance its existing plans and practices in these areas. All Caesars properties are focused on the well-being of Team Members, guests and the community, and continue to work to create an environment with high standards of sanitization. Among the enhanced health and safety protocols include more frequent cleaning and sanitization. Caesars has also implemented a health screening program for all Team Members. Team Members and guests who have not been fully vaccinated against COVID-19 are required to wear masks, which the Company makes available at all Caesars properties.