SCOTTSDALE, Ariz and TUCSON, Ariz., May 9, 2018 /PRNewswire/ -- In what is an unparalleled achievement in the annals of American educational assessment, the top five high schools in the United States are BASIS Curriculum Schools, as are six of the nation's top eight, and seven of America's top fourteen, according to U.S. News & World Report's "America's Best High Schools" 2018 rankings. 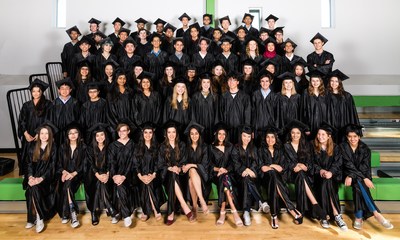 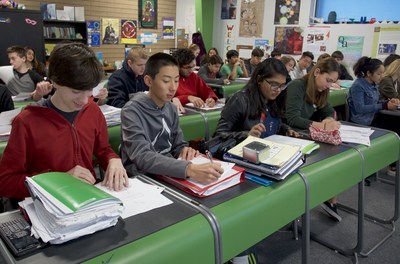 This is the second consecutive year that BASIS Scottsdale has earned the ranking of #1 high school in the U.S., following three straight years as #2 in the nation.

"Our network continues to grow – continues to deliver our program to more students in more schools – while maintaining the high standards for which we're well known," said Michael Block, the network's co-founder. "And yet, rigorous assessment like the U.S. News rankings keep proving, year after year, that our network is unmatched in American education."

"This is about the students," added co-founder Olga Block. "The rankings are a symbol of the bigger picture – a fantastic symbol -- but not the bottom line.

"Let's remember: inside these highly-ranked schools are thousands of students who study the BASIS Curriculum and learn from BASIS teachers. The rankings are awesome, but the education is what benefits each student's life! Learning is the entire point of what we do."

This is the first year that BASIS Flagstaff and BASIS Phoenix are eligible, giving BASIS Charter Schools a total of seven campuses eligible for numeric rankings. (These same seven BASIS campuses are also eligible for rankings by The Washington Post, which are expected to be published later in May.)

"What started as a dream of Michael and Olga Block some twenty years ago has become an amazing success story," said Dr. Craig Barrett, Chairman of BASIS Charter Schools, Inc. "We owe much to the BASIS founders and the hard work of all involved.

"We are so proud of all of the accomplishments of our students, administrators, teachers, and parents – including having the top five ranked public schools in the country. It is an affirmation of their hard work and the success of the BASIS model."

Last year, the BASIS Curriculum Schools network had five schools eligible for the U.S. News numeric rankings, and had the top three schools in the U.S., four of the top five, and five of the top seven.

"We're always gratified by rankings like this; it never gets old," said BASIS.ed CEO Peter Bezanson. "But these, in 2018, are beyond expectation, an extraordinary achievement for public charter schools. Every student, every teacher, every parent, and every staff-member -- not just at the ranked schools, but across our network -- should feel quite proud, deservingly proud. It validates what we have dedicated our professional lives to do."

"The stark reality is that the BASIS model works, and has for twenty years. We do more with less, and students in cities with a BASIS school are the beneficiaries," Dr. Barrett added.

About BASIS Curriculum SchoolsThe BASIS Curriculum Schools network is among the best in the world, serving students from Preschool through Grade 12. The BASIS Curriculum – founded in 1998, and cultivating excellence every year since -- educates students at the highest international levels, preparing them to be participants, not spectators, in the 21st-century global workforce of commerce and innovation. In the 2017-18 academic year, there are twenty-four operating public charter schools in Arizona, Texas, and Washington, D.C., five independent schools in California, New York, and Virginia, and two international schools in Shenzhen and Guangzhou, China. For more information, please visit basised.com, vectors.basised.com, or basisschools.org.