NEW YORK, Feb. 19, 2019 /PRNewswire/ -- Beer. It's what you reach for after a long day and how you celebrate with friends – and now, it's the focus of a new feature-length documentary – "Beers of Joy" –debuting worldwide on March 1, 2019. Written and Directed by David Swift and Scott Owen of One-Eleven Entertainment, the film examines the rich history, detailed science and unique personalities of the beer world, and encourages viewers to consider the stories behind their favorite pints. Beer lovers everywhere are invited to celebrate the film when it makes its theatrical debut at select theater locations across the country, as well as on-demand on iTunes, Comcast, Spectrum and more.

From medieval monasteries to historic German villages and all the breweries in between, "Beers of Joy" follows the fascinating journey of four distinctly different characters and how they ultimately converge over a shared enjoyment of the beloved brew, including:

"It's incredible just how vast the world of beer is. Through all of my studying and experiences, I still feel as though I've barely scratched the surface," said Ryan Daley. "To me, the magic of beer is how it brings people together regardless of how much you know. If you're sitting with a pint of beer in front of you and enjoying the flavor and the company, then you're usually in a good spot."

The concept of what became "Beers of Joy" was first born out of Anheuser-Busch's desire to create an entertaining film that not only celebrated the beer industry, but told the inspiring stories of the people behind it in a way that would resonate far beyond the world of beer. Producer Jonathan Hack partnered with Popular Mechanics and the award-winning filmmakers at One-Eleven Entertainment, who both shared a passion to create a true love letter to the world's most popular and oldest fermented beverage. "Beers of Joy" is being distributed worldwide by Gravitas Ventures.

"As Directors and beer enthusiasts, it was an incredible experience for us to discover and document the amazing and compelling stories of the characters in 'Beers of Joy,'" said David Swift, Writer-Director with Scott Owen, and CEO of One-Eleven Entertainment. "In the film, we are fortunate to have some of the biggest luminaries in the world of beer and brewing from across the globe share their passion, their knowledge and their perspective on this special beverage. We hope 'Beers of Joy' and its characters make you love more, laugh more, and learn more than you ever thought you might about humanity's connection to beer… which you should always 'Pour with Vigor!'"

"Popular Mechanics has long celebrated America's growing maker movement and this film highlights the extraordinary innovation and history of craft beer production," said Cameron Connors, Executive Director and Head of Brand Strategy at Popular Mechanics. "We developed our own beer in partnership with Anheuser-Busch to celebrate our 115th anniversary and are pleased to continue to bring the joys of craft brewing to beer lovers everywhere."

The film will make its theatrical debut during an exclusive showing at Alamo Drafthouse Cinema in Brooklyn, N.Y. on March 1st featuring a Q&A with the cast and filmmakers. Visit www.BeersofJoyMovie.com to learn more and pre-order the documentary on iTunes at https://apple.co/2Nel2ZZ.

ABOUT GRAVITAS VENTURESGravitas Ventures, a Red Arrow Studios company, is a leading all rights distributor of independent feature films and documentaries. Founded in 2006, Gravitas connects independent filmmakers and producers with distribution opportunities across the globe. Working with talented directors and producers, Gravitas Ventures has distributed thousands of films into over a hundred million homes in North America - over one billion homes worldwide. Recent releases include Score: A Film Music Documentary; California Typewriter; Legion of Brothers; Katie Holmes' feature directorial debut; All We Had, Colin Hanks' All Things Must Pass; Being Evel from Academy Award winning director Daniel Junge and producer Johnny Knoxville; and For The Love of Spock from Director Adam Nimoy.

ABOUT POPULAR MECHANICS Popular Mechanics empowers readers to navigate the increasingly complex, technological world around us. The magazine, published monthly by Hearst Magazines, and digital platforms inspire, instruct and influence nine million curious readers. Their mindset – the hunger to know, the desire to investigate and learn – drives them to explore, experiment and experience a wide range of interests. Issues engage readers with breakthroughs in the latest innovations in science and technology; educates with informative "how-to" stories on automotive, the home and digital technology; and motivates action with product reviews and comparison tests of the newest equipment and products. Popular Mechanics is also the #1-ranked men's monthly magazine when it comes to reaching an environmentally conscious audience. The brand is a 21st-century must-read, with a robust website and an award-winning tablet edition. Popular Mechanics is published by Hearst Magazines, a unit of Hearst, one of the nation's largest diversified media, information and services companies. Hearst attracts more readers of monthly magazines than any other publisher. Hearst Magazines' print and digital assets reach 146 million readers and site visitors each month–more than two-thirds of all women and nearly three-quarters of millennial women in the country (source: 2017 comScore Multi-Platform/MRI 01-18/F17). With 27 titles in the U.S, the company publishes close to 300 editions and 200 websites around the world.

The group's significant output includes scripted, non-scripted and formatted content and IP, from TV and film to short-form and branded content, made for an array of global networks and platforms. Red Arrow Studios is part of ProSiebenSat.1 Media SE, one of Europe's leading media groups. For more information, please visit: https://redarrowstudios.com/

ABOUT ANHEUSER-BUSCHFor more than 165 years, Anheuser-Busch has been woven into the cultural fabric of the United States, carrying on a legacy of brewing great-tasting, high-quality beers that have satisfied beer drinkers for generations. Today, we own and operate 23 breweries, 29 distributorships and 23 agricultural and packaging facilities, and have more than 18,000 colleagues across the United States. We are home to several of America's most recognizable beer brands, including Budweiser, Bud Light, Michelob ULTRA and Stella Artois, as well as a number of regional brands that provide beer drinkers with a choice of the best-tasting craft beers in the industry.

From responsible drinking programs and emergency drinking water donations to industry-leading sustainability efforts, we are guided by our unwavering commitment to supporting the communities we call home. 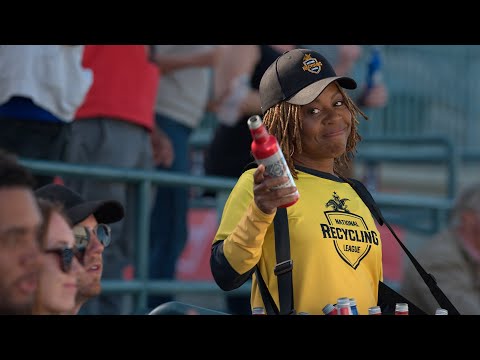